Why won’t you let NAB do it’s job, Nawaz Sharif? 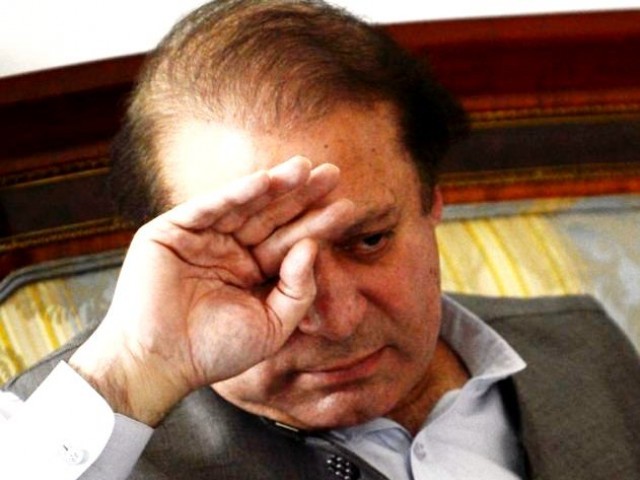 You may want a weak, ineffective and subservient NAB, but we believe that an independent NAB is essential to save the country. PHOTO: REUTERS

Until recently, you had nothing against NAB investigating and arresting those who did not belong to your party. But recently you lost your cool and came down hard upon this organisation for “harassing government officers” and you said that you would “clip its wings”. Apparently, you did not want any investigation of corruption in projects like the LNG, Metro Bus, Orange Train and LDA City. Why?

You may be under the impression that being in government gives you the freedom to do whatever you want and violate all or most of the rules. You seem to believe that NAB, the police and other government institutions are there to do your bidding. It’s because of such an attitude that the country is in the mess it is today.

Well, Mr Nawaz Sharif, you may want a weak, ineffective and subservient NAB, but we believe that an independent NAB is essential to save the country. We want corruption to be substantially reduced (if not eliminated entirely). Since you are out of the country most of the time, and since you obviously have your minions telling you that everything is hunky dory, and because you don’t read newspapers, you may think that corruption is not that big a problem, but just consider the following:

–          Because of corruption, you cannot impose the writ of the state on those who refuse to pay taxes. These law-breakers know that as long as there are corrupt officials and corrupt leaders, they can get away with anything.

–          Owing to corruption, you don’t have enough money to spend on security and the people of Karachi are afraid to venture out of their homes.

–          Corruption is the reason why children are dying in Thar and 50 per cent of Pakistanis do not have access to safe drinking water.

–          Due to corruption, Pakistanis have more than $200 billion stashed in Swiss bank accounts. This amount is almost equal to seven times our national budget.

–          The streets of our cities are filled with garbage because of corrupt officials, who know they will never be punished because the rulers are corrupt.

–          Do you know why terrorists are still able to strike wherever and whenever they want?  Because of corrupt officials who are not doing their assigned jobs.

–          Because of corruption, you cannot spend on education. With literacy rate of 48 per cent (one of the lowest in the world), no wonder our younger people cannot earn enough to survive and some of them are being recruited by the terrorists.

So, Mr Nawaz Sharif, to save the country, please do not interfere in the workings of NAB. If, however, you are concerned with the well-being of only those who are your relatives and friends, then there is no hope for the country. The choice is yours: what you do today could well change the destiny of Pakistan.