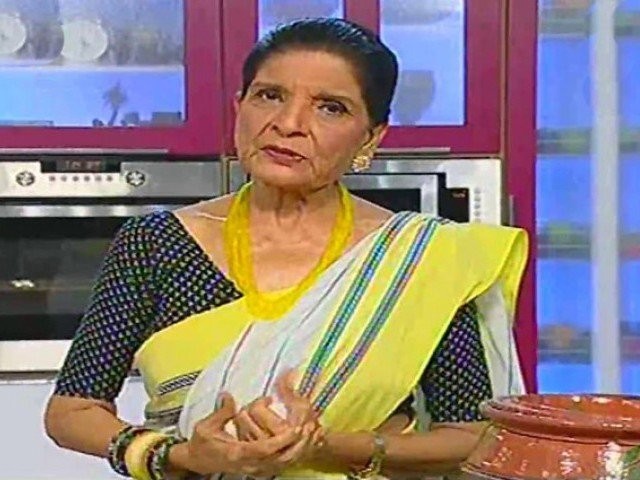 Zubaida Tariq may be classified by few as a lifestyle expert, but she is no counsellor or doctor. PHOTO: TRIBUNE

In Pakistan, issues related to mental health are often stigmatised. Often ridiculed and frequently dismissed, conditions such as clinical depression are rarely addressed with the sensitivity and respect they rightfully deserve. This cavalier attitude is perhaps most obvious in the manner with which our media tackles the issue of mental health.

Case in point; a recent episode of the Nadia Khan Show aimed to shed some light on the emotional and physical wellbeing of married women. In line with the pattern of most morning shows, Nadia Khan invited a few guests to discuss the topic at hand. Amongst those invited was Zubaida Tariq, fondly referred to as Zubaida apa, a woman loved by a lot of Pakistani women (definitely because of her totkas).

The topic of the segment soon turned towards mental health issues at which point Zubaida apa insisted that depression needs no medical treatment and can simply be cured by eating chopped up steamed spinach with a squeeze of lemon.

She found the cure for depression and can you believe all one needs is spinach?

To say that this proclamation left some viewers stunned, would be a gross understatement.

It was surprising to know that a show focused on female wellbeing invited a cooking show host as a guest. Zubaida Tariq may be classified by few as a lifestyle expert, but she is no counsellor or doctor. Television shows, especially those that have a high viewership, should invest time and resources in broadcasting accurate content rather than focusing on uninformed opinions. When discussing topics as sensitive as mental health, guests such as Zubaida apa hold little relevance or expertise and thus should be excluded in favour of more qualified individuals.

Depression is a serious medical illness caused by a variety of complex environmental and biological factors. When left undiagnosed or untreated, it can lead to crippling dysfunction and even death. While foods such as spinach can act as mood boosters and natural forms of anti-depressants, they are not replacements for proper counselling and medical attention. Claiming that depression needs no medical treatment is not only dismissive but it trivialises the issue at hand.

Such assertions can influence members of the audience into believing that their mood disorder is a normal emotional state which can be cured by ingesting garden vegetables. The propagation of such inaccurate information can therefore discourage people from seeking out the help and support that they need in order to feel better.

Celebrities such as Zubaida Tariq should be involved in spreading awareness about mental health instead of espousing personal opinions. Our society already associates a great deal of shame with issues related to mental health. If the supposedly progressive and educated cannot work to erase misconceptions, then who will?

From an opposing perspective it can certainly be argued that when talking about depression, Zubaida Tariq simply meant to refer to emotional sadness. In casual language, the word ‘depression’ is often used interchangeably with the word ‘sadness’ and many assume that the two are one in the same. However in reality, sadness is a mere symptom of depression and the two terms hold profoundly different meanings. While sadness is a normal emotional state, depression is a serious mood disorder and should be treated as such.

Therefore, when discussing issues as complex as mental health, celebrities like Zubadia Tariq have a responsibility to comment with a certain degree of caution and sensitivity. The media plays a profound role in shaping public perception and flippant commentary about mental health, can potentially endanger lives.

Conditions such as depression, can strike anyone at any given time. As a society, we must unlearn our assumptions about mental health and work towards educating ourselves and our peers. Those who enjoy a spot in the media lime light in particular, have a responsibility to adopt a sympathetic and serious attitude while dealing with issues as sensitive as those related to mental health.

The author is a social science student and an unapologetic feminist with a soft spot for food and puppies.