Is the Nazi scare tactic being used against refugees in Europe? 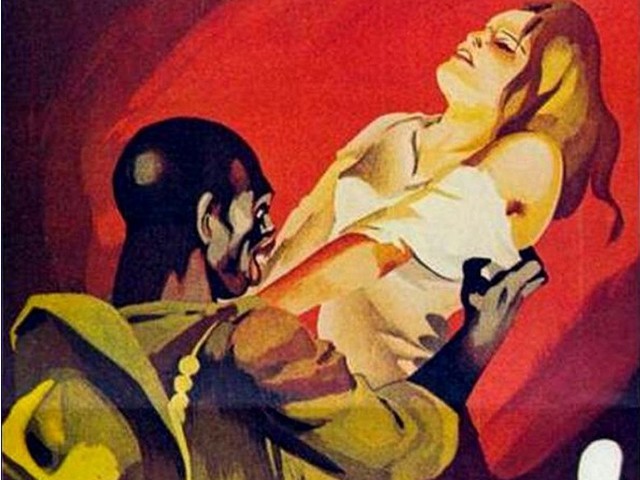 Warning: The images in the post may not be suitable for audiences under the age of 18 years.

Billing itself as a ‘brave young Polish weekly’, W Sieci wasn’t particularly brave in their choice of cover: a blonde woman wearing the European Union flag as a toga, being groped by meaty, hairy arms. W Sieci’s cover story was titled ‘Islam’s rape of Europe’. It wasn’t too youthful, either. The title references Roman myth — Jupiter’s rape of princess Europa. But the creepy image of swarthy hands defiling a fair white maiden is a 20th-century scare tactic. The United States brought the myth into World War I, depicting a Germanic ape carrying a ravished chestnut-haired woman. But it was fascists that made the threat much more explicit. The Italians printed these posters showing American soldiers carrying off Italian women: Occupied Poland was put under Bolshevik watch (the starvelings are a nice touch): And Nazi propagandists dropped leaflets on US soldiers depicting a rape scene near a dead body:

This sort of imagery peeks its ugly head out when people are at war. Or at least feel that they’re at war — the visual language of W Sieci tells its audience that there’s a sexualised threat to the nation’s women and the nation’s honour.

But it’s an old tactic used to attack an amorphous, animalistic ‘other’. The gruesome depictions were once a dirty way to fight a war. Now they’re just a desperate ploy to sell magazines.