Why was Pakistan’s performance at the South Asian Games 2016 so bad? 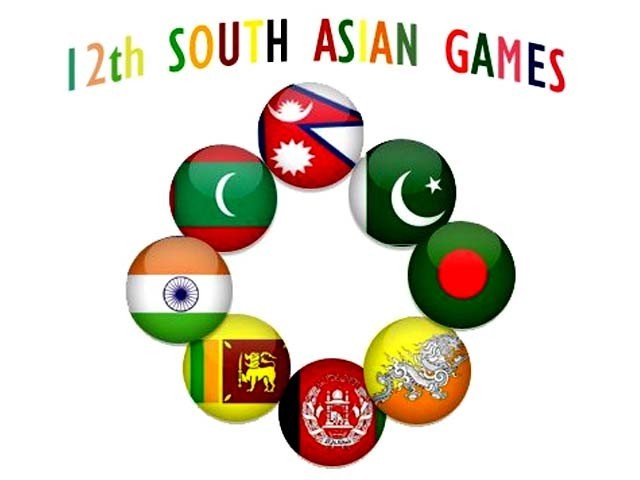 When it comes to multi-country, multi-discipline sporting events, the South Asian Games come pretty low in the pecking order. Let alone the rest of the world, even the participating countries give it very limited attention. Given the abysmal state of sports in the region, and the mediocre standards on display, this neglect hardly comes up as a surprise. In fact, in a stereotypical reflection of the chaotic ‘South Asian’ way, the staging of these games has often faced cancellations or delays of a few years.

The 2016 edition, hosted in the Indian cities of Guwahati and Shillong concluded recently. As expected, India dominated the games and came away with its best ever medal haul. Ever since the games started, India has consistently finished at the top of the table. Being the largest country in the region, with all the countries in the same general income bracket, this dominance is par for the course.

The standard of sports in a country is a useful indicator to gauge its population’s overall health, prosperity, and access to resources. Building a champion sportsperson requires talent to be nurtured with high quality coaching, facilities, and opportunities. Women also contribute to medal tallies and societies where women are empowered and free, naturally demonstrate superior sporting performance as well. For the most part, the best performers in global sports have been either from the prosperous, developed world, or from countries like China and the former Soviet bloc with very strong state sponsored programs. The Kenyans and Ethiopians have carved a niche for themselves in long distance running and that is a factor of genetics and social conditioning, they are thus an enigmatic exception.

South Asia, on the whole has been a laggard on the world stage, both in social indicators and in sporting prowess. India, with its billion plus population has won just a handful of individual Olympic medals. The story has been slightly better in the Asian Games and the Commonwealth Games. With its sheer size, increasing economic strength, and greater focus on sports, it has managed to bring in a steady trickle of medals and its performance has actually been improving over the last decade or so. For the rest of the countries in the region, even such limited success has been elusive.

While all South Asian countries are in the same broad development bracket, there are significant socio-economic differences as well. While bound by geography and a shared history, these countries are also now emerging on divergent paths and this is where a closer analysis of performance in the South Asian Games becomes revealing.

Sri Lanka has consistently punched above its weight. Despite being much smaller, it has cumulatively won more gold medals than Bangladesh and has matched Pakistan quite evenly. After finishing third behind India and Pakistan in the medals tally in 2006 and 2010, Sri Lanka took second place in 2016 with 25 gold medals, or 10 per cent of the total number available. This performance becomes all the more creditable since the country accounts for just about 1.2% of the region’s population. Sri Lanka is the most developed country in South Asia and has done well in providing education and basic amenities to its citizens. Rebuilding now after a long and bloody civil war, the country is looking up and will continue to do well if it continues on the path of peace and stability.

India is home to nearly 75 per cent of South Asia’s population and with 188 gold medals; it cornered 79 per cent of the total gold medals awarded. What is striking is the sharp rise in India’s share of the yellow metal this year over its cumulative share of 65 per cent. This is also the first time the percentage of gold medals won by India has exceeded its share of population in the region. Clearly India’s performance in world sports is improving and globally it is now a force to reckon with in many disciplines like boxing, shooting, and wrestling. With continuing economic growth and improvement in living standards, it might just be pulling ahead of its South Asian peers. It is still early days though, and the momentum has to be sustained.

Pakistan’s performance this year would have been the biggest disappointment for its supporters. It is the second largest country in the region and has always strived for parity with India. From the time of the inception of the South Asian Games, Pakistan has won 13 per cent of the total gold medals in contention, which is well balanced with its 12 per cent share in the region’s population. However, what this historical cumulative number hides is the steady decline since 2004 and the precipitous drop compared to 2010. Pakistan managed only 12 gold medals in 2016 or a mere five per cent of the total, which is much lower than 22 per cent in 2004, 20 per cent in 2006, and 12 per cent in 2010.

The country must do some serious soul searching. While some of the other countries in the region have focused on improving the lot of their citizens, Pakistan has chased other priorities. The people of Pakistan must demand a peaceful, safe environment that allows sporting talent to flourish. The human capital of a country can only grow if the right environment and opportunities are available. Conflict and strife have taken a tremendous toll and it’s time for Pakistan to re-evaluate what it has gained and what it has lost.

Sporting performance is only one aspect of development, but it is an important element of human endeavour that also provides important cultural and socio-economic insights. If South Asia is to develop and offer its people a better standard of living, it’s vital for the countries to put behind their differences and cooperate with one another. Harmony and prosperity can bring great gains to the region and will enable this huge chunk of humanity to fulfil its vast potential. By all means continue to compete on the sports field, but imbibe the spirit of brotherhood off the field. It’s perhaps time to look to the shared history not as a source of conflict, but as a construct for positive engagement.

Note: The number of disciplines in every edition of the South Asian Games has varied, so providing just the number of medals in the various comparisons would be misleading. The author has therefore used percentages to accurately reflect the trends.