Why was Danish Kaneria banned for life but Mohammad Amir restored? 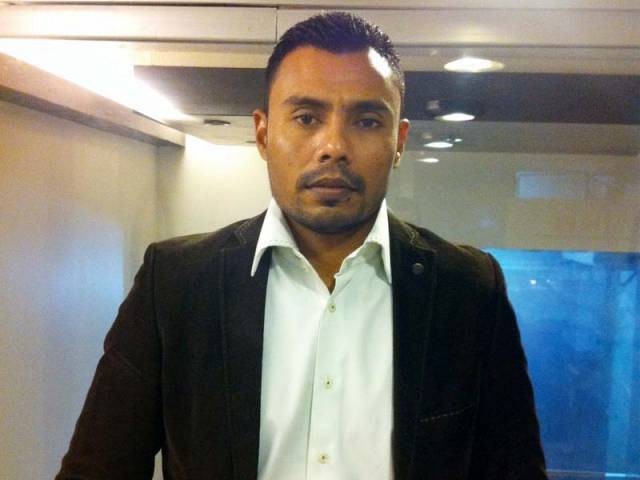 Danish Kaneria, the second Hindu to be serving in Pakistan cricket team, took forth the legacy of Pakistani leg-spin bowlers. His contributions to the team include taking the most number of wickets. With the right amount of height, he had the power to turn the ball according to his whim, effortlessly. PHOTO: AFP

When it comes to cricket, Pakistan has something or the other for everyone. Cricket is food for soul for a majority of Pakistanis, so it is understandable when the populace reacts to unjust happenings to cricketers who have held important places in not just the Pakistan cricket team but also in the hearts of thousands of Pakistani cricket fans.

On a similar note is the story of Danish Kaneria. The right-arm leg-spinner ranked fourth in most number of wickets taken in international matches following the likes of Wasim Akram, Waqar Younis and Imran Khan, is currently living under the ban imposed upon him in 2012 due to allegations of spot-fixing.

Danish Kaneria, the second Hindu to be serving in the Pakistan cricket team, took forth the legacy of Pakistani leg-spin bowlers. His contributions to the team include taking the most number of wickets. With the right amount of height, he had the power to turn the ball according to his whim, effortlessly. Kaneria, 35, was sentenced to a life ban by an English disciplinary panel for spot-fixing in June 2012 while playing a match for Essex. Danish Kaneria’s story erupted on to the stage when Mervyn Westfield, an Essex bowler was found guilty of spot-fixing and was suspended from cricket. While pleading for his case and to save his own neck, he accused Danish Kaneria of being the middleman in his corrupt activity of spot-fixing.

Now, as injustice has its way of destroying the innocent, upon Mervyn Westfield’s accusations, Danish Kaneria was banned for life from the one thing that he loved doing most; cricket. Not just from international cricket but also from domestic cricket, depriving not just the player but also his fans from experiencing the best of cricket. Anything that we know for sure is that the allegations resulting in the life ban of Kaneria were never proven guilty. The England and Wales Cricket Board (ECB) had no hard or soft evidence to prove those allegations or base their punishment on. All they were relying on was a verdict of a convicted player. Besides that the local police did not find any illegal amount in his bank accounts nor did the judge ask the police to re-investigate the case.

As far as the allegations of Kaneria hooking up Westfield with a bookie is concerned, there is more to the story than what we were told by the media. Danish Kaneria was introduced to the bookie, Anu Butt by Pakistan Cricket Board (PCB) manager, Asad Mustafa during a 2005 West-Indies tour. Not only Kaneria but other well-known players were also introduced to him. Being an ardent cricket fan, what didn’t appeal to my rationality is the fact that three other Pakistani players were caught red-handed for spot-fixing and after completion of their respective punishments, they are now back on the playing field.

Why is this trio being allowed to play, despite being caught red-handed and spoiling the name of Pakistan? Is it because of pressure? Or because of their strong backgrounds? How can we forget their past especially when they denied their activities until proven guilty? My question is, why is Kaneria being kept off-ground? Is it because he belongs to a minority group? Especially when the allegations against him could not be proven. What makes for such a strong opposition case for Kaneria that his appeals against ECB’s decision were denied, not once but twice?

How they so easily separate a soul from a body and cricket fans from cricketers is beyond me.

I would want to question the media and especially PCB’s role in standing up for Kaneria. PCB took the main role in fighting for Mohammad Amir’s case and made sure that he returned to his due place in the field.

Why is the PCB not taking charge of handling Kaneria’s case?

Why is the PCB not forming a panel that can put Kaneria back into the field by talking about Kaneria’s version of the story?

Or is this another one of the many ‘prejudiced’ cases because the person in question does not belong to the ‘mainstream’ group so will automatically be subject to the discrimination that scars this country’s face?

Every story has two sides, but in Kaneria’s case we only know about the side that the media told us. We have yet to hear Kaneria’s version of the story.

Another interesting fact is that Kaneria being a Pakistani player was charged, tried and punished in England and who knows how fairly the events took place. Danish Kaneria, however, still has faith in the ECB and believes they will restore justice and save him from starving himself.

As much as PCB’s role is concerned, I think they can take measures to allow Kaneria to play domestic cricket, coach in academies, train young talent and earn enough to sustain his family instead of starving him out in the street considering the way he has been reduced to nothing in a tiny doubtful moment. I would request the higher authorities, especially the patron chief to look into the matter.

The author has done his BBA and is currently working in a textile company. He is interested in cricketers profile. He tweets at @Billoo14 (twitter.com/Billoo14)