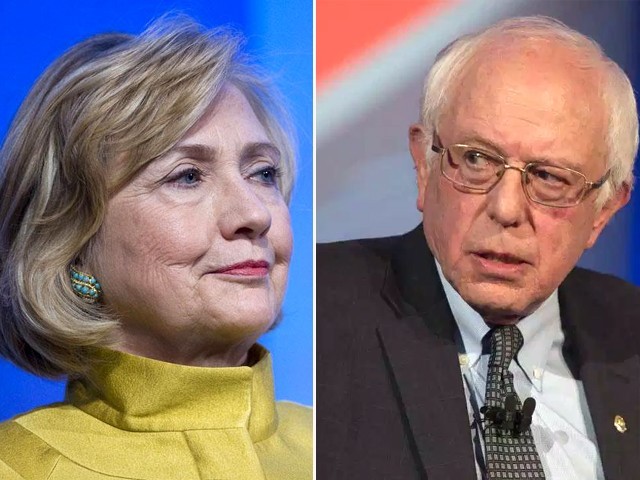 The results of the New Hampshire primary have precipitated two distinct dialogues on the 2016 US Presidential race.

The results of the New Hampshire primary have precipitated two distinct dialogues on the 2016 US Presidential race. The first one is marked with apprehension, unease and incredulous recognition of Donald Trump’s massive win. The second one is an attempt to understand the feminist underpinnings of the young women who are choosing to support Bernie Sanders instead of Hillary Clinton.

Nobody could have anticipated that Clinton would have a problem getting support from women, yet in Iowa, Sanders received the female vote six to one, and in New Hampshire, 64 per cent of female democratic voters chose him.

So, what happened? How is Clinton losing women?

Well, the fact is that Clinton is not losing all women. She still has the support of older women, just not women 29-years-old and younger. The millennial women have most older American feminists exasperated. This moment, right now, is a chance for women to make history and elect a female president. This is a decisive point in the feminist movement which began in the US in 1848. So why is the American female youth copiously “feeling the Bern”?

Gloria Steinham, an American journalist and spokeswoman for the feminist movement in the 60s, has said that “younger women aren’t serious in their politics” and the reason they are supporting Sanders is because the “boys are with Bernie”.

“There is a special place in hell for women who don’t help each other.”

With a cursory look at the generational divide of the American feminists, I can’t help but feel that the apparatus for feminist discourse has significantly changed since the 60s. Young women have managed to evolve from the feminist narrative of the past, and I don’t believe they should be chastised for it. They recognise that voting on the basis of gender is sexist in itself. This election for them is not about putting a woman in office. It’s about healthcare, security, college debts and equal pay.

If so, has the discussion on the 2016 US presidential elections transcended gender discourse?

You see, Sanders is a feminist too. So when young women choose Sanders over Clinton, they do not think their actions are anti-feminist. In fact, they believe that their choice is a distinct assertion of their feminist ideals. They are picking a candidate who has ardently spoken about making public colleges tuition free.

For the average female college student, who will take a lot longer to pay off her college debts due to the gender pay gap, Sanders presents a feminist agenda that resonates more strongly than Clinton’s.

Clinton talks about breaking “the highest, hardest ceiling”. She believes that electing a female president will achieve that – that fathers will be able to tell their daughters that they can be president too. But that’s not what the American female population can afford to concern themselves with at the moment.

“It’s not about gender. It’s about empathy,”

Said Jetta Darrow, a 63-year-old office administrator for a civil-engineering company, who voted for Clinton in the New Hampshire primary in 2008, but chose Sanders a few days ago.

Sanders’ socialist ideals war against Wall Street and emphasis on equality is echoing more strongly with a population that feels too crushed by economic strains than grand feminist agendas that involve breaking ceilings. For women in the developing world the ‘Hillary Clinton feminist conundrum’ is a very distant issue. Although many of us would love to see a woman become the most powerful person in the world, Clinton is too deeply attached to the American political establishment, and perhaps she is too much of a first world feminist, to stand out as a female figure who cares about women everywhere.

It is much more exciting to consider how Sanders’ anti-capitalist ideals and policies of equality could change the world.

Are you “feeling the Bern”?

“Dry it out and destroy it”: Why Pakistan should be wary of Donald Trump