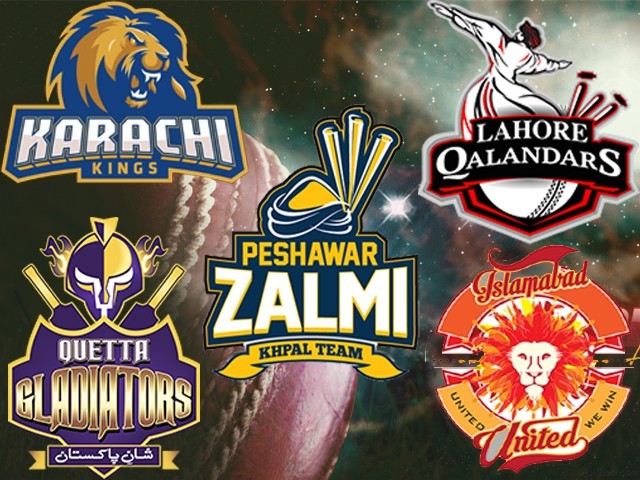 As the PSL has shown, Pakistan continues to boast some of the best bowlers in the world.

It is difficult to believe the Pakistan Super League (PSL) started less than a week ago, for the T20 cricket tournament has already grown into a daily viewing addiction. Featuring five teams, including Islamabad United, Karachi Kings, Lahore Qalandars, Peshawar Zalmi, and Quetta Gladiators, the tournament has captured the imagination of people across the country.

During the last week, I have found it remarkable how keenly the games have been followed on the streets of Karachi; taxi and rickshaw walas are keeping up with the contests on the radio; roti walas, while rolling bread in their uncomfortably warm hole-in-the-walls are glancing constantly at their tiny television sets. The same goes for small shop owners and my samosa wala (who burnt my samosas, thank you very much). Remarkably, I learnt the games were officially being broadcast on YouTube, when I saw a young shop boy watching a match as it streamed on his smartphone.

Not surprisingly, there has been a small but vocal backlash to the tournament on social media. Not surprising, because our cynics seem to creep out of the woodwork, as if by instinct whenever any form of entertainment gains traction in the country. The number one complaint, of course, is that the PSL isn’t taking place in Pakistan and is therefore useless.

Well, of course PSL isn’t taking place in Pakistan. Not after the attacks on the Sri Lankan cricket team. Not after Zimbabwe braved a tour to Pakistan in 2015, and two people lost their lives outside of Gaddafi Stadium in Lahore when a suicide bomber attacked.

If these same cynics can’t guarantee safety to their overseas relatives who wish to visit Pakistan, then how can we, in good conscience, ask the likes of Kumara Sangakkara, Kevin Pietersen, Shane Watson, Luke Wright, and Chris Gayle to make the high profile journey? Without such international superstars, the tournament is simply another domestic T20 series. So either our keyboard warriors should propose an alternative system, or come to terms with reality.

As things stand, the PSL has been superbly organised. Not only does the tournament feature well-known names powerful enough to sell tickets on their own, but excellent production values. My only criticism is that the teams are far too random. It is strange to see so many players not representing their towns. While some of this is to be expected, especially considering how certain cities lack star power, surely a balance could have been achieved to encourage friendly city rivalry.

Thankfully, the cricket has been very good. The games, though low-scoring, have been entertaining and evenly contested. What has been a concern though is the lack of powerful batting performances from Pakistani cricketers. Until last night, some of the best scores in the tournament have come courtesy of mostly international superstars such as Luke Wright, Lendl Simmons, Shakib Al Hasan, Tamim Iqbal, Shane Watson, and Darren Sammy.

This is a sharp contrast from T20 tournaments such as the Australian Big Bash and the Indian Premier League (IPL) where the average scores are much higher and home-grown batsmen contribute more frequently with fast paced innings.

Again, it isn’t so surprising if one considers Pakistan’s dismal performances in both limited over formats during the last few years.

In T20s and ODIs, our batsmen have been outshined by their counterparts from Bangladesh to Australia, who have proven that the current crop of Pakistani batsmen lack the consistent hitting firepower required in the modern era. While other teams are casually reaching totals of over 350 in ODIs and 180 in T20s, our batsmen often fail to score more than 250 and 140 respectively. Tellingly, the only format in which Pakistan is still formidable is Test cricket, where massive strike rates don’t hold as much value.

In the 90s, Pakistan boasted power-hitting treasures such as Saeed Anwar, Aamir Sohail, Ijaz Ahmed, Shahid Afridi, Abdul Razzaq, Moin Khan, Azhar Mahmood, and even Wasim Akram. While other sides also carried a striker or two, no other cricketing team carried such a cluster of boundary hitters in a single playing 11.

These men honed their skills with the willow in international cricket, but rose primarily because of natural talent. No one taught Afridi to blast the world’s fastest hundred when still a teenager and no one coached Mahmood to hammer Allan Donald on his Test match debut.

Unfortunately, in this age of 10 runs-per-over cricket, natural talent isn’t enough. Other teams have not only caught up, but left Pakistan behind coughing in their dust. Today, every country boasts a Shahid Afridi and an Abdul Razzaq; we no longer have a monopoly on the power-hitter commodity.

It has happened through the evolution of T20s. While Pakistan became a leper of international cricket, other cricketers have gained vital experience in tournaments such as the IPL, sharpening their skills by playing with the best, and playing against the best. If anything, we have regressed. With our natural talent on the decline, we have lacked a grooming system to fall back on.

As the PSL has shown, Pakistan continues to boast some of the best bowlers in the world. Newcomers such as Zafar Gohar, Mohammad Asghar, and all-rounder Mohammad Nawaz have all shown their worth. Hopefully, our batsmen will also learn from the experience. When our keyboard warriors ask what the point of PSL is, at the very least, it grants our underexposed talent the chance to rub shoulders with legends such as Vivian Richards and T20 giants like Chris Gayle.

I am sure both Mohammad Rizwan and Sharjeel Khan will take great confidence from their wonderful displays in the 9th match. The former smashed a 27 ball 50 and the latter shared an extraordinary opening stand with Shane Watson when he scored a 43 ball 79.