Islamabad is NOT a city you would like to move to, trust me 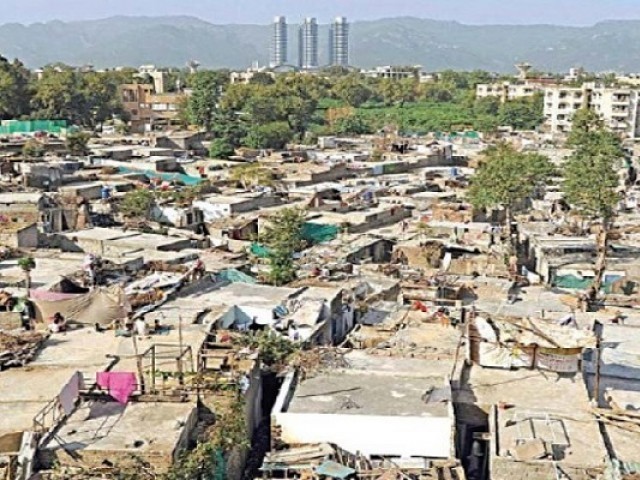 The CDA has been criticised for not taking action against the illegal slums in the city. PHOTO: FILE

To millions of Pakistanis, Islamabad is a city they would like to move to. The assumption is, it being the nation’s capital, it will naturally be blessed with luxuries their lives have been spent dreaming about; such as uninterrupted supply of basic utilities such as water, gas, and electricity. Most importantly, a peaceful environment.

In the past 10 years, successive governments have tried to make up for the disparity.

No, not by lifting the standard of living of people in the rest of the country up, but by letting the capital residents down too.

Even in the posh areas of the federal capital, gas, electricity and water shortages are a norm. Residents are forced to buy water from private tanker owners. To ensure uninterrupted supply of electricity, they either use UPS batteries or electric generators.

Similarly, even though, use of gas cylinders can result in life-threatening incidents, but people here have little choice but to use one. The deplorable state of affairs does not end here, since the police are ineffective against criminals, those who can afford have hired private security guards while the rest… well the rest of us just pray.

If this is the state of the role of our government in the capital, one can only imagine how difficult lives of ordinary Pakistanis would be in other parts of the country.

The shape of public healthcare and the education sector is equally appalling. Given a choice, no one in his/her right mind would like to take his/her loved ones to a government hospital or child to a public school.

Construction work on the hospital had been held up since 2007.
Photo: Express

What if someone cannot afford the cost of purchasing these necessities from the private sector? The government’s response is not an effort to fix the public system, make it more accountable and efficient so that the poor continue to benefit from it. Instead, the government’s answer is a simple “you are on your own”.

If we, the people, are on our own, the question is what good is the government for?

If the government is not willing or able to even provide basic utilities, what defines the contract between the citizens and the State?

The situation is not much different when you leave the house. The roads in the capital are riddled with potholes and patchwork, streetlights are rarely switched on and some flyovers are literally crooked, as if built using half-kneaded dough. The dismal streets scream for a government that has been absent for some time now.

Meanwhile, the conservative policy of privatisation of national assets being followed by the current government, I believe, is not going to help the economy at all. The policy is analogous to a man who runs a household by borrowing, and pays back the loans by selling various items in the house that have started to rust due to his own negligence.

It is important to understand that a system that is skewed in favour of the rich is not sustainable.

It has to change. A system that does not care and caters to the needs of millions of the poor is not representative enough – not truly democratic. The government has to work for the poor. Those responsible for the deplorable state of the public sector institutions should be held to account.

The poor must not be made to bear the burden of neither the inefficiency of the public sector nor should they be left with no choice but to shoulder the high cost of basic necessities associated with private ownership.

A nation’s worth is measured best by the strength of its people. Any investment in human development and cultivating human potential has the highest of all returns. That is the reason the world’s most developed nations invest in their people. As a nation we need to set our priorities right.

Today, the entrenched and ill-founded differences of tribes, languages, castes and religions mean the poor in the country cannot come together and demand from the government what is their right. The absence of a just society means accidents of birth continue to override merit. The middle class, on the other hand, is busy blaming the poor and the weak, instead of collectively holding the powerful to account. Unknowingly, we all are paying the price of disingenuity and apathy to the other, and that is mind numbing.

The author likes writing on national and international political issues.