No, I don’t think my body or my complexion needs to be “fixed” to meet a guy 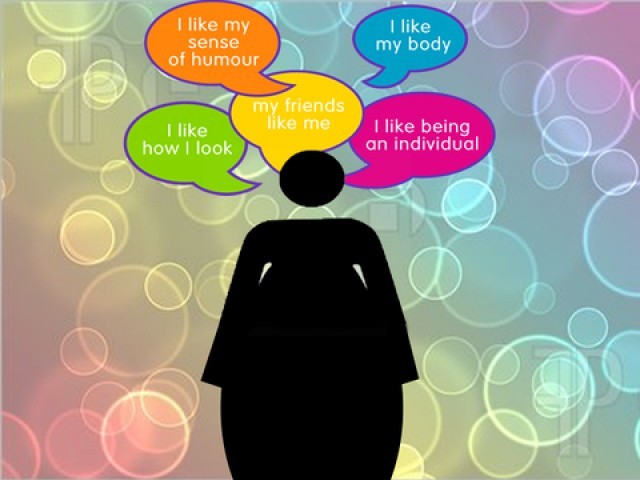 I reject the need to be 'fixed', I am happy with myself!

Born in a country with a colonial past, the light skin fetish has been ingrained in us from time immemorial. My existence was like the biggest curse – I was a girl in a patriarchal society, dark-skinned and slightly overweight.

“2016 is your year,” typed a close male friend of mine on a WhatsApp group of around nine people.

The intention for this group was to coordinate my sister’s wedding dance practices but ended up becoming a crazy corner where we all discussed each other’s daily struggles and laughed on lame jokes.

The conversation continued, “I am going to give you a makeover.”

I replied thanks with an overexcited emoji saying, “Yeah you better take me on a test date and tell me what I’m doing wrong”.

The reply, “You need a test diet plan first.”

This was another one of the million conversations (okay hundreds, excuse my exaggeration, it’s kind of indigenous to our part of the world) that have been a part of my life. Ever since I was a nine-year-old, and contracted Typhoid fever for a third time, I started developing a plump body. But I am not writing this blog to seek pity for my fat self or for blaming it on some fever I got as a child.

I am a foodie. Yes! I love eating and I have a sweet tooth.

So yeah coming back to the point, I had the regular chubby girl struggles growing up. Few mortals are blessed enough to be considered beautiful in their teens and I was definitely not one of them. But for most of us, we look forward to growing up and becoming jaw-dropping gorgeous as soon as we get to college.

I mean there’s a God up there and of course this is how He’s going to make it work for us.

But hey it doesn’t end here. We are raised, whether by our parents or by society, as Pakistani girls who must sit back passively all through school and college, up until a knight in shining armour (read: A Muslim, Pakistani boy with a graduate school education and a six figure salary, does not drink alcohol, is looking for a wife and ‘allows’ her to either pursue an education or work) arrives and asks for our hand in marriage. Backed by Bollywood movies and local pop culture you have the perfectly messed-up vision of reality that is every Pakistani girl’s dream.

I know, nothing seems new about this discussion. Rhetoric is what you are thinking.

I grew up like most Pakistani girls thinking that exercise and fairness creams will pay off and one day that knight will be seduced. So what if he’s a few years late, he’s coming and that’s what matters.

Meanwhile I have to work harder and harder to deserve him. Whether it means eating healthier, lesser, being bulimic, adopting a fashion style that is ‘trendy yet decent’, not being boring or intimidating and the list goes on.

But this time when I read that text from my friend, I wasn’t hurt or angry or sad. I had a different reaction altogether – I was baffled. I have known this guy long enough to know his heart was in the right place but I was mystified wondering what he was seeing. The funny thing is I was able to see it before but it felt as if someone robbed me of that insight, vision or understanding that I once had and all these people around me have had since forever.

I started thinking hard. I wasn’t sure what had robbed me of this insight. Was it just my graduate degree from Canada? But I studied journalism and that too mostly in the Canadian context. What link did that have with this understanding of me? Was it a bunch of guys who made romantic advances towards me during my time in Canada? None of those ever worked out or ended in something substantial anyway so it’s not like I got the awaited knight to solve my issues.

I was still single at 25, never having dated anyone or never had a ‘suitor’ as it is like in our context.

Finally, all this thinking took me to a bunch of conversations on a host of topics I had with some of my friends in Canada. The subjects ranged from body image issues of being queer, grappling being a Muslim woman with dreams of making a good life, and being slightly blind towards differences in race, religion, and sex. More so, on the process of finding ‘love’ without being let-down every time. I wouldn’t deny that the random compliments that I had received also had some part to play in my conundrum to my friend’s vision of the ‘new’ me.

Gender inequality was always a topic close to my heart. Not because I was an ‘oppressed’ girl from the East, but because my parents raised me to believe that a good education and a sound personality were key to becoming successful. But as I stepped out of the boundary walls of my overprotected shelter, I realised there were discrepancies all around.

At first I internalised everything unconsciously; thinking that of course everything in this country requires ‘fixing’. Whether it’s the system, our habits or whether it’s the quality of education, we need to improve it all.

Women particularly needed improvement at every point of their life. Our bodies were no exception. They needed fixing, they needed improvement. After all, players must work to improve themselves if they want to play better, get awards or more so become captain of the team. ‘Progress’ depends on it.

I left my country, when I was 23-years-old, to spend two years abroad and acquire a graduate degree. Apparently it changed something in me.

I managed life on my own, adjusted in a new country, struggled with assignments and story ideas. Wore the black gown two years later, did a minimum-wage job while I was looking for full-time work in my field, met new people in the hope of finding ‘the one’, tried to learn how to make not just conversations but friends with people from another culture and tried to manage finances and paid bills.

I was never the super-ambitious person but I was like most people. Better circumstances bring out a better person. I think maybe that is what happened. I changed for the better.

I still go to the gym by the way. I have been going since I was 16-years-old, with small hiatuses in the middle. But weirdly, I reject the need to be ‘fixed’ as I had a few years ago. Is it just me becoming an opinionated, arrogant grown-up or is it me becoming comfortable with my own self?

I still have to figure that out.