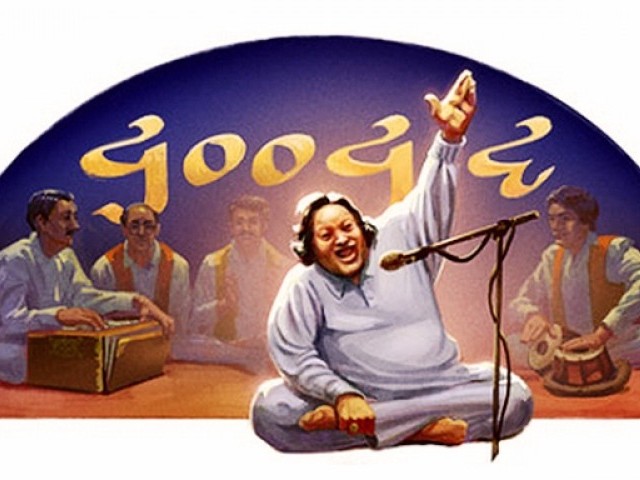 I mean, even Google gave Nusrat Fateh Ali Khan the respect and love due to a legend of his stature.

The Lahore Metro, a project first proposed in the early 1990’s, has finally been set in motion after overcoming many of its obstacles regarding funding. After construction had begun, the Lahore High Court intervened and suspended the activity till the Orange Line was rerouted to protect 11 heritage sites from being impacted. These heritage sites include the Shalimar Gardens, Chauburji monuments, St Andrews Church, the tomb of Mehrunnisa and the tomb of Mauj Darya Bukhari. This intervention has calmed the uproar of the masses as it protects the symbols of our culture and history.

To most of us what would be shocking is how a whopping 11 heritage sites could have been so ignorantly involved within the routing in the first place. However the civil society representatives, having enforced Section 24 of the Antiquities Act, have protected this new project from vandalising any heritage sites.

The section clearly states: “No person shall put any neon signs or other kinds of advertisement, including bill posting, commercial signs, poles or pylons, electricity or telephone cables and television aerials, on or near any protected immovable antiquity. Whoever contravenes this provision, shall be punishable with rigorous imprisonment for a term which may extend to one year, or with fine which may extend to Rs10,000, or with both.”

Well, if obstructing heritage sites punishes the accused with a fine and/or imprisonment, what is the punishment for ignorantly demolishing one?

After rerouting the Orange Line to accommodate 11 heritage sites, why is it that the Sargam Studio of Nusrat Fateh Ali Khan was completely disregarded?

Nusrat Fateh Ali Khan: Shahenshah-e-Qawwali, internationally acclaimed and celebrated, is one of the most treasured symbols of Pakistan and its music. Till today fans commemorate the mesmerising and spiritually enriching experience his music offered, drawing parallels with the hypnotic appeal of the swirling dervishes. Tragically, decades after the demise of our legendary musician, the studio where his music breathed life and his voice echoed, where the instruments he used still reside, is now being threatened by the upcoming project.

What’s worse? Raza Shah, the current owner of the studio, has been offered a hefty payment so that the project can proceed.

What baffles anyone is that despite being aware that Sargam fell within the route, it is still being disregarded as relevant enough to be spared.

The response to this finding has been erratic as people debate over the opportunity cost that accompanies retaining the studio. Some argue to not live in the past, while others share their disappointment for the lack of respect towards our cultural heritage. However, the real question that persists is not about the choice between prioritising the people or a studio. The real question is, when 11 other sites were accommodated for, why is accommodating ‘one’ more site suddenly where the line is drawn?

When the studios of Michael Jackson or Elvis Presley are preserved so that people from world over can celebrate the success and accomplishments of their lives, why is Nusrat Fateh Ali Khan any different? Is Khan not iconic enough to have made his family tradition into one that becomes privileged enough to be celebrated worldwide? Is the ability of his music to have inspired qawwals to follow in his footsteps not valid enough to regard him as a legacy? Is the manner in which his music can make all listeners fall into a deep, unanimous trance not reason enough to celebrate his talent?

When Nusrat Fateh Ali Khan is pivotal to our identity internationally and locally, when qawwali is very much rooted in our history and our culture, why is it that the pioneer of it is not being bestowed the same respect as that of any other heritage site?

If the vacancy of the studio is what deems it irrelevant then in that case most sites still preserved should be given the same death sentence.

What if the proposal of new infrastructure threatened the existence of Frere Hall?

Or the Mohatta Palace?

Would the uproar be satiated with a pay-off?

Would it be justified to demolish old for the new?

If not, then why is it that the Shalimar Gardens or Chauburji are more relevant as heritage sites than a musicians studio? Or is the problem really the fact that his music is not dated back as far enough as the Mughal era to be regarded as pivotal to our social and cultural identity?

What is certain is that he deserves to be respected for being successful in promoting music within the region as well as world over. If the work of deceased musicians is celebrated elsewhere, it’s tragic that Pakistan doesn’t bestow the same respect to musicians of their own. What’s even more tragic is that despite having suspended their project to accommodate the heritage sites that were previously being obstructed, Nusrat Fateh Ali Khan’s studio was not even taken into consideration at the risk of being completely demolished.