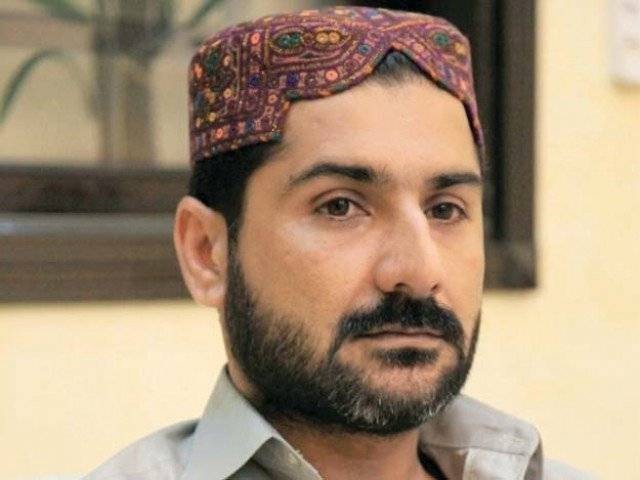 After the arrest of Uzair Baloch, numerous questions have arisen which must be answered by those relevant to his political and armed existence in Lyari. I have personally been a part of various meetings which hosted Uzair Baloch as chief guest. These meetings included audiences with the likes of political individuals and renowned journalists. Surprisingly, these individuals have great relations with the gangster from Lyari.

In a strange twist of fate, I had a personal encounter with this infamous man. I, along with a few of my friends were attending a Baloch cultural day in Lyari. During the event, I received a phone call from an unknown number. The caller warned me that I should watch my back at university (Karachi University) the day after. Baffled and shaken up, I wondered what I had done in order to receive such a threat, when I recalled an incident which had taken place the day before.

Somehow, a few friends and I had gotten into a heated debate at Karachi University’s cafeteria. Unfortunately, the individuals who I had gotten into an argument with were student leaders of a political organisation, which explained the threats.

As soon as I shut the phone, my friend, Zafar Baloch (late) noticed my face lose colour and asked me if everything was okay. Uzair Baloch was standing beside him and they both prodded me to tell them what the matter was. After divulging the details of the phone call, Uzair Baloch gave me a telephone number and told me to contact him on it.

According to Zafar Baloch, he was a law enforcement agency officer and would help me out with my situation. Zafar Baloch assured me he would call Uzair before hand and remind him about my situation. He told me not to worry since Uzair would definitely help me out. I wondered how, since my issue involved individuals who had political backing. But suddenly it occurred to me that this was ‘the’ Uzair Baloch, the man behind People’s Aman Committee (PAC) and the man in charge of leading the PAC rally outside the US consulate in Karachi after the Salala incident, resulting in the martyrdom of our soldiers.

It’s a well-known fact that Uzair Baloch is the leader of a militant faction, which has been blamed for criminal dealings including ransom, abduction, extortion and target killings. Most importantly, the seat he took over in Lyari was the seat of a notorious criminal, Rehman Baloch, popularly known as Rehman Dakaite.

He became the sardar of PAC soon after Rehman Dakait was killed in a police encounter. Rehman Dakait was involved in various target killings in Karachi and had a bounty price attached to his name. Therefore, one of the first questions that need to be asked is; why is someone who took over a criminal’s seat allowed to freely roam the city, and that even with an entourage of security?

Uzair Baloch’s main man is Habib Jan. Habib Jan led various protests against the police during an operation against PAC. The protests remained futile, but an FIR was launched against him.

What became of Habib Jan? He is now a staunch supporter of the Pakistan Tehreek-e-Insaaf (PTI) and is residing in London.

Which leads me to my next question; where were our LEAs when Habib Jan succeeded in escaping Lyari and managed to flee to London?

Since we are on the topic of these criminals coming and going from Karachi whenever they please, let us also look at how Uzair Baloch managed to leave Karachi, given that cases were pending against him. Somehow Uzair Baloch managed to return to Karachi upon Zafar Baloch’s demise and was successful in leaving Karachi yet again. After this, he lived in South Africa for a few months and we all know what happened after that. He was arrested by interpol, brought to Pakistan, and placed in a safe house.

This incident gives birth to another query. Will there be any Joint Investigation Team or a commission to probe how Uzair Baloch managed to leave Pakistan in the first place? More importantly, who were his facilitators?

Will Pakistan People’s Party (PPP) be the only political organisation to face the brunt? Will other political parties, whose leaders remained hand in glove with Uzair Baloch, for instance, Muttahida Quami Movement (MQM) who is known to have invited him to join the ruling party in centre, face the music as well?

Let’s say Uzair Baloch’s link with political parties is somehow proven; who then would be held responsible for the massive killings during the MQM and PAC clash a few years back?

Today, hundreds of young Baloch’s residing in Lyari are militants. They know how to pull the trigger of Kalashnikovs, but they don’t know how to hold a pen. They cannot identify the smell of roses, but will be able to smell and identify hashish instantly. Is Uzair Baloch the only man who should be held accountable for these issues?

There are various factors which have led to the social and psychological construction of the Baloch youth in Lyari. Though it would not be justified to state that Uzair Baloch is the only man responsible for the conditions in Lyari. To begin with, who allows these drugs to be smuggled from Afghanistan? Where are the narcotics? How are government agencies overlooking such grave issues? When, on the very few occasions, these individuals were questioned about where they got their supplies from, out of fear, they barely responded. Whose job is it to pursue such cases then?

A large amount of money was invested into Lyari during the tenure of former President Asif Ali Zardari. Where were these funds channelled? It is as undeveloped as it was since its inception. What ever happened to accountability and will the individuals responsible for mismanaging the funds, be questioned?

Lastly, will a final verdict be passed against the tolerance of using PAC as a means to safeguard the interests of political parties and individuals?

Let’s hope Uzair Baloch’s investigation report will remain private before being submitted to the courts and his arrest will be treated as the arrest of a gangster, rather than the arrest of a political ally.