Wikileaks, Zulqarnain and our nuclear arsenal… 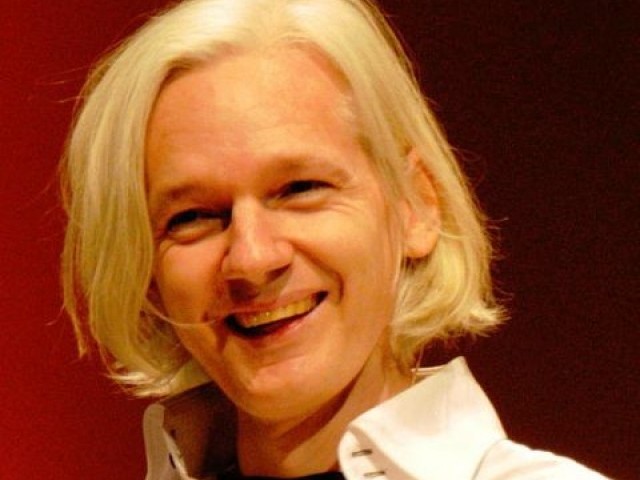 Julian Assange, the founder of WikiLeaks, is releasing documents that the US government never imagined to be accessible to ordinary citizens.

The Sam Adams Associates for Integrity in Intelligence is a group of retired CIA officers that annually gives away the Sam Adams Award to an intelligence professional who takes a stand for integrity and ethics. This year, the award was given to Julian Assange, the editor-in-chief of WikiLeaks.

Causing uproar all over the world, WikiLeaks is releasing online documents that the US government never imagined to be accessible to ordinary citizens. Interestingly enough, neither the US Foreign Office nor the Pentagon has denied the authenticity of these documents, perhaps because of the sheer stupidity of accusing anyone of faking millions of documents. Whatever the reasons maybe, the information is spreading like wildfire. One can only imagine the number of hits the Wikileaks website is getting at this (certainly beating Zulqarnain Haider’s Facebook profile).

The documents reveal how the US army and its coalition forces are operating in Afghanistan, Iraq and Pakistan and the “calculated” attacks that take place in these regions by US Nato forces. The documents also highlight the direction of US foreign policy and Pentagon, and America’s love-hate relationship with many countries.

The most recent documents, however, disclose how the US government deals with other countries on the forefront and what really goes on backstage. This is going to hamper the already distorted image of the US government for many countries. Pakistan’s relations with the US, however, may not get affected; this is simply because the government and its do not reflect the sentiments and wishes of the people of Pakistan. A little more cash will take everything back to normal.

What did please an ordinary citizen like me was the revelation that Pakistani officials denied the US government permission to visit our nuclear facilities in 2009. This would most probably be because of the fact that our nuclear assets here are under military control (to a very large extent). If this hadn’t been the case, our government may well have put a ticketing booth outside the nuclear facilities and made it a “nuclear amusement park” for US officials to roam inside at their leisure.

Nobody is sure about the reasons behind why these documents were published by WikiLeaks, but one thing is certain: it has shaken the international community and shown them the uglier side of the picture. As far as Pakistan is concerned, the government should be worried because these documents will further improve the military’s image – something the so-called “democratic” government may not like.

On a lighter note, Zulqarnain Haider is waiting for 2011 to start so he can contest for the Sam Adams award by revealing some of his own secrets.