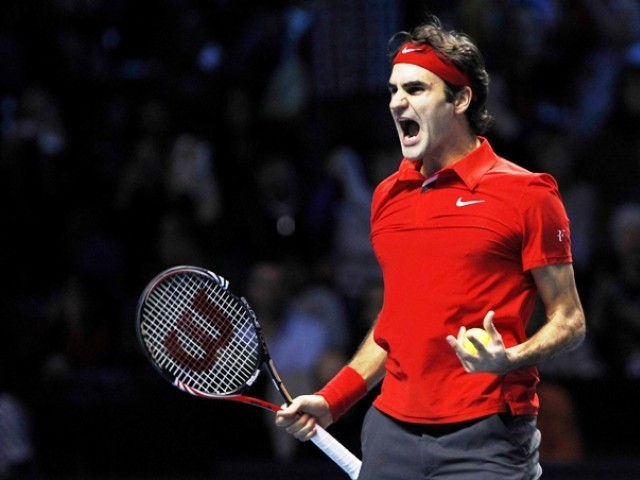 This week, tennis fans across the world were treated to yet another edition of the closest thing tennis has to El Classico; Rodger Federer versus Rafa Nadal in the ATP World Tour Finals. Although this match wasn’t the most eventful the pair have had over their long rivalry (one that boasts its own Wikipedia page no less), it provided substantial fodder for Federer fans that have had little to celebrate of late.

Fans had been wondering whether the Federer versus Nadal rivalry exists anymore, though that is partly owing to the fact that the final at the O2 arena this weekend was only their second head-to-head match up on tour. At 6-3, 3-6, 6-1 some might incorrectly assess this as an outright thumping and re-changing of the guard on the subject of the No1 ranked player in global tennis. The nature of best of three set matches is such, however, that it will be tough to draw any definite conclusions from this particular final, one that will be able to settle the age old question of whom is the superior tennis player.

For Federer, his speech after accepting the trophy at the end of the tournament said it all for me; he had the excitement in his voice that only beating Nadal can elicit and the sense that making it to the top of the rankings might just be a realistic prospect by the end of the opening grand slam of the 2011 season. Federer was his efficient self with over 10 winners in the middle of the first set by the time Nadal managed to finally post his first. He came out of the gates, all guns blazing, on the Nadal service return, which was refreshing to see after previous performances of a more passive nature.

His serve seems to be going through the same evolution that Pete Sampras experienced towards the peak and latter half of his career; both players seemed to be able to summon an ace at will during their peak. That weapon in the arsenal seems to be confined to being called on to extract oneself from the trickiest of positions during the match, largely owing to their own fault. With the lack of first serve accuracy that Federer managed during the final, there can be little doubt what his training regiment will be focusing on come Monday morning. But what was most refreshing for the entire Federer fan club was the resurgence of his single handed backhand against Nadal’s forehand. This a constant battle that he had in the last few match ups against Nadal seemed to be losing quite comprehensively though he stubbornly stuck to it, a strategy that arguably cost him more than one Grand Slam Final against the Spaniard.

This resurgence of form is no doubt a product of having a new coach and perhaps adding to it is the stability associated with his family life.  Either way, owing to his performance, you expect the average Federer fan to have that spring back in their step tomorrow morning at the office water cooler.

Only Nadal will know best what prompted the onslaught of poorly played shots, the cost of which showed clearly on his face, the look of a man facing near impending doom after losing his first break in the third set. To be fair, in a best-of-three format even the shortest lapse of concentration can cost a player vital points that decide these epic encounters.

However, there are plenty of positives to be taken from his performance this weekend into the 2011 season, aside from his conversion rate at the net; his first serve accuracy would even have had Goran Ivanišević sitting up in his seat in anticipation of a fault that never really came. Had more of those first serves been aces, Federer would certainly not have had such a seemingly smooth night.

One loss in the last tournament of real significance can take nothing away from his achievements this year, which was one short of a Grand Slam sweep. Although he might seem to have tripped towards the end, plenty of tennis fans know better than to count this loss as more than a blip on the radar.

When all is said and done, two things are certain; both the athletes will be going into the 2011 season in an effort to further cement their legacies and are almost inevitably going to get in each other’s way in the process. This rivalry is far from over; in some ways, it has only just begun all over again.