Revisiting Islamabad’s Hotspot: The obvious sexism that no one notices 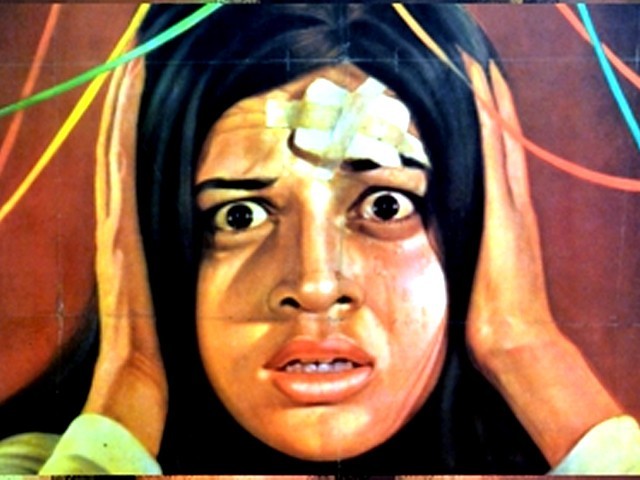 Don’t get me wrong. I’m not here to bash these brats and burgers. Half of my friends come under this category and I love them. I’m not here to criticise Hotspot ice cream or food either. Their food is actually not bad. In fact, I’m not here to talk about any issue of importance.

I’m here to talk about something insignificant. Something no one cares about because they don’t believe it is a problem. Something all these brats and burgers just accept and, consequently, condone. Something that these brats and burgers see every day while they sit in their little haven of a café to talk about important things, such as the opening of a new expensive clothing brand and how it’s not that expensive after all. They discuss other world shattering developments, such as celebrity breakups, who wore who on the red carpet and so on so forth.

I’m here to talk about the sexist signs on this café’s walls.

When I was 14, I decided that I would never visit Hotspot again, because of all the sexism there. Recently, however, I had the misfortune of being forced to break this promise to myself because, well, I have my reasons. Revisiting the place made me remember all the reasons why I haven’t been there in years.

Hotspot boasts about their ‘quirky, weird, funny and downright outrageous’ signs. They also have other signs which they sell exclusively on their website. Let’s take a look at some of these signs.

Somehow, I don’t find this quirky, weird or funny.

This sign shows this woman as being incredibly naïve and materialistic. She’s surprised that other people don’t understand how important it is to kill someone who was wearing the same dress as her. Also, she’s giving the utmost importance to something as stupid as a dress. (But that’s just what women do. This is completely normal, I assure you.) But the woman would still be the one cooking.

Let’s break down this gem. There’s a picture of a woman next to some quote that says something about breakfast and kitchen. This sign blatantly associates women with kitchens and cooking. Quirky? No. Funny? Hell no. Downright outrageous? Yes, but not in the way it was intended. Anyway, it would make more sense to say if you want breakfast in bed, get the hell up and go make it yourself. But nope, this woman will still make breakfast for you because she is a woman. All you have to do is sleep in the kitchen. I wish they would open a comedy workshop.

Yes, exactly. A woman is like your dog and it is perfectly fine to use the word ‘loose’ in regards to her. Of course she’s supposed to be chained to you at all times, and you must be careful that she doesn’t end up becoming ‘loose’. If anyone sees any unsupervised, ‘loose’ women around, they must immediately contact the authorities.

Why don’t I share this amazing sense of humour with the person who made this? Tell us where to shop and give us some happiness, maybe?

Whatever angle I look at it, I just can’t seem to find the exact element which makes this quirky and funny.

Of course, nothing a woman ever says is significant enough to actually stay awake for. This is exactly what we should be teaching children and teenagers.

I wish I had such wits.

This is associating women with cooking again. I mean, okay, she has absolutely nothing to do with her life. Which is why she’s going to cook anything that she can in this toaster. It’s her and the toaster against the world. She’s a woman, what else does she have to do? What a productive life.

Oh, wait. Women do have something else to talk about besides cleaning kitchens: Their children. Besides – you guessed it – cleaning kitchens (and cooking), a woman’s only job is to look after her children. And if she just keeps them alive, she’s doing her job. She can’t contribute anything useful to the society or even to her children’s lives, so might as well just keep them alive.

No one? I thought so.

Yep. Men are not supposed to have feelings but, unfortunately, they do. We should ignore that, though. Men are supposed to be tough, unemotional and aggressive. It is the women who actually feel sadness, happiness, joy and such things.

Did I miss my cue to laugh?

I hope I’m not the only one who finds this utterly disgusting.

There are so many things wrong with this concept. It’s not like men have any self-respect, dignity or anything like that. They were meant to be slaves of women. And that’s exactly what women want because, really, what else do they have going on in their lives besides cleaning kitchens, cooking, children and men? So this woman stands with her presumably five-year-old daughter. They both are standing on weight scales. Because that’s exactly what five-years-old girls should do. They should worry about their weight, waist size and thigh gap. The child also wants to be a ‘total bit*h’ like her mother. Yes, this makes for hysterical comedy stuff. ‘What’s wrong with me?’ – Yes, there is definitely something wrong with her. She should completely change herself and mould her personality to fit the kind that a man would love.

1.  These signs are trivialising a real issue

Sexism is one of the biggest problems in this world, and especially in our country. These signs trivialise this important issue and then mock it constantly. It is not funny to make jokes about decades of oppression and violence that women around the globe have faced and are still facing. Women are and have been victims of domestic violence, sexual abuse, marital rape and honour killings. How people are okay with disparaging the significance of all these things is beyond me. Hotspot might as well just put up a poster saying ‘honour killing is okay, disrespecting women is okay and (by default) rape is okay and we find all of these things funny.’

2. These signs promote sexist jokes and send out wrong messages, no matter what the intention is

All of these signs belittle women (and in some cases, men). They show women as being some sort of idiots who constantly worry/talk about cooking, cleaning, children and men. They spend all their time talking on the phone or making shopping plans. They don’t contribute anything useful to the society. All they do is weigh themselves and cook. One of the signs shows a man telling a woman to keep talking while he takes a nap, implying that women have nothing of real significance to say – women’s opinions on world issues and politics and human rights do not matter. Even worse, it implies that women would never talk about such useful things. That woman on the phone is probably talking about kitchens or cooking. Another sign shows a girl asking her father what’s wrong with her and why she can’t find a man who loves her. Again, this is implying that the fault lies with her. If no man loves her, she’s doing something wrong. And she needs a man’s love to validate herself.

Then there are the signs that target men. Men have no feelings, men are not loyal and men should literally worship women and kiss their feet. Are these the kind of messages that we want to give to the youth?

Do we really find it funny that these signs show men and women constantly putting each other down?

People who usually frequent the Hotspot café (i.e. the aforementioned brats and burgers) are teenagers and mere children. These youngsters have all these sexist messages reinforced in their minds constantly. How can we expect our girls to grow up to respect themselves if we teach them that if no man loves them, there must be something wrong with them? How can we expect our boys to respect women if we teach them that it’s better to take a nap than to hear what a woman has to say?

Countless studies have shown that exposure to sexist humour increases tolerance for violence and hostility. But we don’t need researches and studies telling us that – its common sense. These signs in Hotspot may not be as bad as other sexist jokes. But these are sexist jokes nonetheless, and sexist jokes are never okay. Sexist humour not only allows people to believe that sexist behaviour is acceptable – it also shows the deep-rooted misogyny and hatred in our society and how it has become a norm.

The intentions behind these jokes do not matter. There are certain things that are not meant to be joked about, no matter what.

And this is one of them.

The author is a writer and an aspiring journalist with keen interest in politics, global affairs and social issues. She tweets at @tubasajjad (twitter.com/tubasajjad)