8 reasons why classic Pakistani dramas need to come back 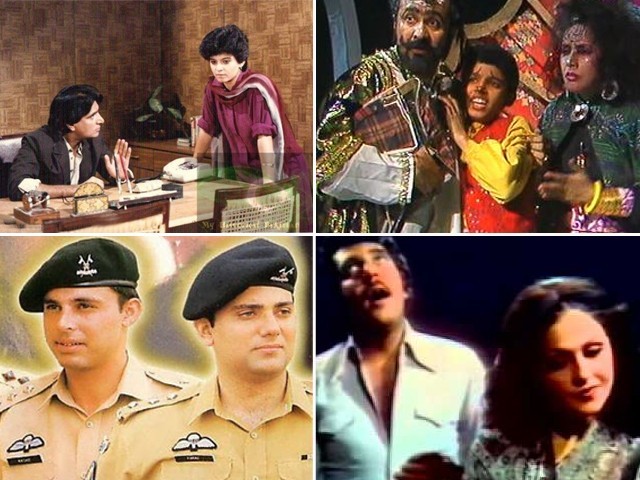 They were unique in their plots, the actors used to put in effort to bring their characters to life.

A few days back, while surfing through the inane number of television channels late at night, I came across a repeat telecast of Aangan Tehrra on PTV. Since I had nothing better to do at the time, I decided to watch it for a while… and just in the first few minutes, I was hooked.

I remembered watching this show as a child in bits and pieces. But seeing two episodes back-to-back made me realise what a masterpiece this drama was. And at the same time, it dawned on me about how little our current dramas have to offer.

Therefore, in the name of all things entertainment, I have put together this list of classic Pakistani dramas from the past that need to be aired again.

If this show starts airing again, most people will forget Grey’s Anatomy. Way before the American medical drama saw the light of day, Dhoop Kinaray on PTV showed the complex lives of Dr Ahmer Ansari and Dr Zoya Ali Khan, and the struggles they had to overcome. This drama had a sophisticated storyline and an experienced cast to undertake it. What more can a drama buff want?

This show was a classic hit amongst adults and children alike during the 1990s. The fantasy-comedy series was exquisitely well-crafted, and it created memorable characters like Hamoon Jadugar, Zakoota Jin, Bill Batori and the likes which are cherished by 90s-kids even today.

This show should definitely get a re-run.

One of the most coveted dramas of all time, this show still has the power to make people stop in their tracks, leave everything and binge watch it all day long. The plot of this show was simple as well as complex, and while many might argue that the show aimed at propagating the armed forces in a positive light, it was a landmark show that many people from the 90s still remember.

The Khuda Kay Liye-famed Shoaib Mansoor directed this show, and his finesse can easily be spotted. Gulsher Khan, Kashif Kirmani, Faraz Ahmed and Shahnaaz Sher need to rule our television screens once again.

Beyond anything, our drama industry needs this show back. We have a tragic drought of good comedy shows these days and Fifty-fifty, with its unique style and effective humour, has all the elements to make Pakistan laugh again. While making sure that its short skits would not border on uncouth vulgarity, this show was able to encourage healthy humour as well as question the status quo in one go.

During the mid-80s, this show had the status of a cult classic. People used to put off all their appointments just to make sure that they were home in time for the show. Since there was no internet back then, one did not have to luxury to buffer it later on or download its torrent; they had to watch it while it was being aired everywhere.

With a star-studded cast – Shehnaz Sheikh, Marina Khan, Badar Khalil, Azra Sherwani, Asif Raza Mir, Behroze Sabzwari, Qazi Wajid, Jamshed Ansari – and a beautifully written screenplay by the legendary Haseena Moin, this show struck all the right chords for anyone who watched it. And that is why this drama needs to come back to our television.

This drama was telecasted twice – first in 1979 and then in the 1990s – and it needs to be aired a third time, because it was just that good! The plot explored the rural life of Pakistan under feudal landlords and how the less-privileged strata would fare under the powers that be. Having the phenomenal Abid Ali play the protagonist role, this drama is a must-watch for all and should be considered for re-airing.

One of the most followed and revered dramas of the 80s, this show touched upon feminism way before it was cool. With a strong female protagonist, Ankahi made a lot of households in Pakistan reconsider gender roles.

The way in which Sana Murad (played by the lovely Shehnaz Sheikh) tackles her struggles while trying to provide for her family after her father has passed away, is inspirational, to say the least. The drama has comical as well as dramatic elements and it needs to be revisited in order to relive its brilliance.

This drama was one of Anwar Maqsood’s masterpieces, and it is also special because the great Atika Odho made her debut in this show. Aired in 1992, you would find Sania Saeed and Sajid Hassan accompanying Odho in her phenomenal performances. Two major issues – domestic abuse and mental health problems – were tackled brilliantly by this show and both Saeed and Odho (who played the roles of the two protagonist cousins) were amazing in their portrayal. Such a show deserves to be in the limelight again.

In the past, our shows used to have substance. They were unique in their plots, the actors used to put in effort to bring their characters to life, and the execution of these shows was such that it would leave the audience thinking about major social issues. Today, very little of these things are found in our dramas. Perhaps it really is time to revive our classic drama industry.