Floating disaster for the power sector 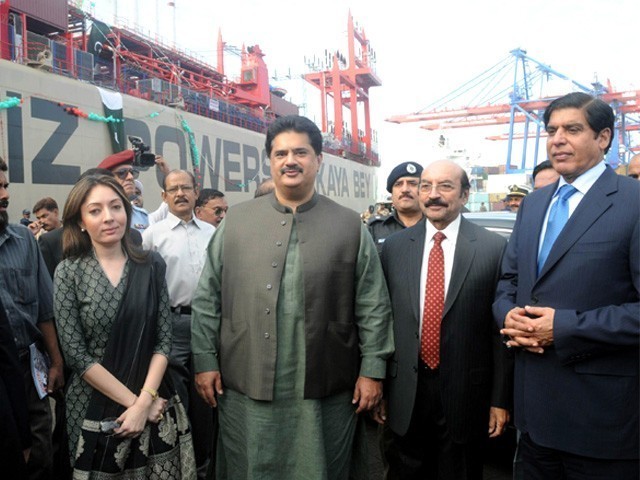 This power plant is installed on a merchant ship which is operated by 22 fulltime foreign staff whose salary is estimated above Rs10 million per month.

Disasters often bring opportunities and this adage is true for Pakistan. Federal Minister for Power Raja Pervez Ashraf, (also referred to as Raja Rental by fellow parliamentarians from the “friendly” opposition) inaugurated at Karachi what is said to be world’s largest ship-mounted rental power plant. The power plant is to produce around 225 MW of electricity at the escalating astronomical cost starting from 20 cents per unit.

In his speech, Ashraf mentioned a few things which are worth sharing; he admitted that electricity provided through this power plant will be expensive though he generously enlightened the audience by mentioning that it is a gift for Karachi. He further added that Karachi is the largest city of Pakistan, our economic hub, and the favourite city of Quaid-e-Azam.

Does this justify 18 million people of Karachi paying the price of this opportunity found by some people playing rental games?

It seems that Ashraf has a short memory or, perhaps, believes that everyone else is suffering from amnesia. He further added that he realises that power generation cost is highest with these oil/thermal plants, but this is not the government’s fault because 70 per cent of power generated in Pakistan is already from oil/thermal plants, unlike hydro power plants which are known for the cheapest means of power generation. Here, Ashraf forgot that it was his own Pakistan People’s Party (PPP) government led by Benazir Bhutto, when the Independent Power Plant (IPP) regime was introduced, despite heaps of criticism from experts who believed that generating power through outdated IPP’s would be expensive. Outdated thermal power engines use oil to produce electricity and since oil is a commodity imported against foreign exchange, experts said prices will keep escalating and these. Therefore, its impact is always negative on foreign exchange reserves and it disturbs the economical equation directly. Despite all the adverse yet logical reasoning, the government opted for outdated and expensive oil/thermal power plants under allegations of heavy corruption by the PPP government of the mid 90’s.

Not many people may have observed closely how things “actually happen” inside the government, but based on my inside experience, I am fully convinced that governments have no shortage of “magicians” who are fully capable of transforming every disaster into an opportunity.  According to an insider who is a maritime expert, this power plant is installed on a merchant ship which is operated by 22 full-time foreign staff whose salary is estimated above Rs10 million per month. It is ironic that this ship is here for five years so anyone can do simple math to figure out that just the salary overhead for this ship’s crew will be put together over Rs600 million, whereas according to this senior officer, this power plant could have been easily barge mounted to save this overhead. Unlike a fully operational merchant ship, a barge is a huge floating platform-type raft which has no engines and therefore does not require any such operational cost in terms of oil or engineering staff.

Apart from what Ashraf said, for the people of Pakistan in general and Karachi in particular, this remains a big question of whether this rental power plant will put an end to load shedding or it will be a value addition to the monthly electricity bill.