Why is diversity at the Oscars even a topic of discussion? 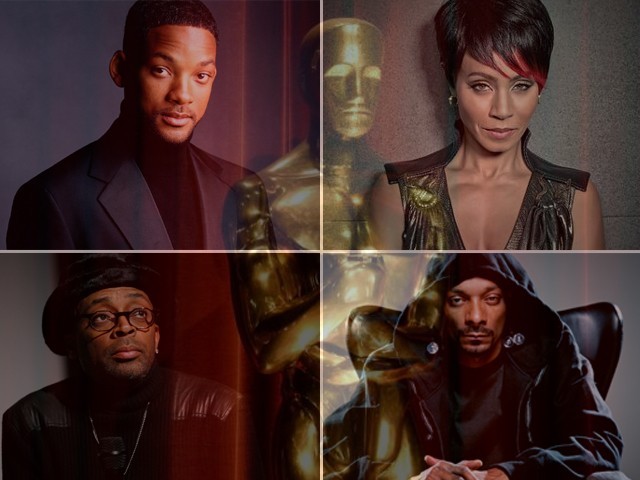 It’s not a potpourri where you just throw in different colours, flowers and smells and cram into a jar.

It’s nearing the time of the Oscars again where actors gear up to receive their awards based on their acting skills.

Only this time around, on February 28, many of the African American actors will be boycotting the event. The leading boycotter in front of the line is none other than Jada Pinkett Smith who has been pretty much doing all the talking for her usually very outspoken husband, Will Smith. She claims that far too many ‘white’ folks get awards, while the African Americans stay behind. Thus she urges (read: intimidates) black Americans to boycott the Oscars this year.

Let’s not forget that Will Smith was nominated:
– Twice as best actor (Oscars) in the year 2001 and 2006.
– Five times in the Golden Globes.
– Five times in the Science Fiction, Fantasy and Horror films, US.
– Five times again in the Blockbuster Entertainment Awards (from which he won three).
– And ironically just twice in the Black movie awards.
– And once in the African American Film Critics Association (AAFCA) which he won.
– His recent nomination in the Black Reel Awards comes eight years after his last.

So overall, his talent has been recognised more by the very “white” industry that his wife has been feeling heartbroken about.

Will Smith is in fact one of the highest paid, most powerful and most bankable stars in Hollywood with a trail of super-hits behind him. Hence I do wonder if Jada’s boycott has anything to do with Will Smith being overlooked this year as best actor for the movie Concussion.

Having said that, 6,300 people from the film industry vote on who gets to be nominated for the Oscars each year. While many of them are in fact Caucasian and male, the Oscars head is an African American woman called Cheryl Boone Isaacs. So it doesn’t make sense when she (the head) herself says that she is saddened that even though the current nominated actors are very worthy, they should have been more diverse. It’s not a potpourri where you just throw in different colours, flowers and smells and cram into a jar. If she thinks the people nominated are worthy, then she agrees that they are talented and deserving. Thus the 6,300 people decided the names based on talent, not colour.

Even the presenter this year will be Chris Rock.

And this is not the first time an African American will be presenting. Whoopi Goldberg, Diana Ross, Richard Pryor have presented in the past as well as Chris Rock himself.

It is the US, they have a black president, should they really be worrying about diversity at the Oscars? Why were there less black actors nominated? If anything these conscientious folks should instead concentrate on the actual racial issues that exist and poverty. And how their boys are being shot left right and centre.

Another name asking for boycott is the no-stranger-to-awards, Spike Lee who has been nominated twice in the Oscars before and has just won the Honorary Award.

I am guessing these were his words when receiving the award from the hands of Denzel Washington, Samuel L Jackson, and Wesley Snipes,

“Thank you so much for appreciating my work and giving me this award to show for it and oh, I hate you all. I will boycott the Oscars this year even though you think I am great. Okay Bye.”

Another very loud person asking for the Oscars to be boycotted is Snoop Dogg. How he fits into this picture, I have no idea.

Some of the names of the black actors who have won Oscars up till now are:
–Forest Whitaker
–Jamie Foxx
-Denzel Washington
–Halle Berry
-Whoopi Goldberg
–Jennifer Hudson

Do you know who has never won?

There is only one person who should be able to have as many grievances as he wants and would be fully justified should he decide to boycott the Oscars!

Well obviously, the only who should, Leonardo Di Caprio!!