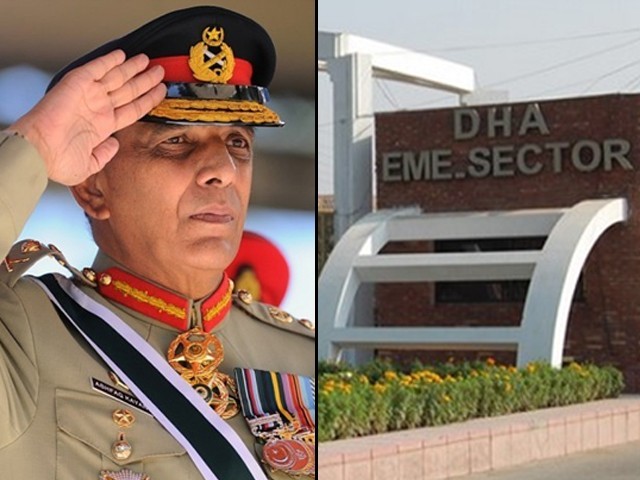 Why the investigation went nowhere during the Kayani era might be difficult to get solid details on. It’s more important that we ask why the media did not make a fuss.

In late 2012, a man familiar with the domestic property market had asked me if anyone would do an expose on “the DHA scam”. Curious about what he was referring to, I asked for more details. He said General (retd) Ashfaq Parvez Kayani’s brother Kamran Kayani – also a retired officer – was scamming DHA Lahore out of money through an unfulfilled contract. Instead of putting a stop to it, DHA had given him a fresh deal in Islamabad.

Still confused, I asked for more information. He essentially described the residential ‘non-development’ DHA valley, which is among the subjects of the current National Accountability Bureau (NAB) investigation into Kayani’s brother. Although his facts were not completely correct, he ignited a curiosity that was impossible to extinguish.

The conversation reminded me of former Chief Justice Iftikhar Chaudhry’s son Arsalan Iftikhar, who, justly or unjustly, saw a staggering increase in his wealth and standard of living during the same era – all under his father’s nose.

I gathered that either the senior Chaudhry knew about it and turned a blind eye, or he didn’t know what was going on in his own house; neither of which gave strength to his legacy as a judge of character.

The man suggested that Kamran Kayani should not have been allowed to negotiate the second deal if the first had gone sour, but the fact that he had a powerful brother may have played a factor in the decision.

“So, why wasn’t this being looked into?” I asked.

“Who would step on the army chief’s toes?” he replied.

Fast-forward over three years and the investigation into the allegedly dirty dealings of the less known younger brother have finally gotten somewhere. In the time that has passed, he is said to have relocated himself to Australia — outside of the law’s reach.

Meanwhile, the people arrested in the scam include a couple of retired army officers, which is also uncommon.

Basically, Kamran Kayani’s company, Elysium Holdings, was given a contract for DHA City project in Lahore, which involved allotting small plots to the families of martyrs in recognition of their services to the country.

Kamran Kayani failed to deliver the plots for six years, which prompted DHA to take the case to NAB.

According to these sources, Kayani had been embezzling money.

Meanwhile Kamran Kayani is directly involved in another DHA scam. The DHA Islamabad farmhouse project scam amounts to Rs500 million. Arrests have been made in relation to this, but he is still at large.

The question essentially is why did the entire process of investigation and indictment take so long?

A few years ago, Chaudhry Nisar told reporters about how Shahbaz Sharif was not happy with Kamran Kayani’s work in the Lahore Ring Road contract. At that point, General Kayani had suggested they switch the contractor. The Ring Road project, incidentally, was awarded by the Musharraf regime.

Although the general recognised that his brother was not fulfilling his commitments and urged Sharif to consider other options, why does it seem like so many people in the chain of command feared his wrath?

Even now, it is being reported that the investigation wouldn’t have gotten the green light without a nod from current Army Chief Raheel Sharif. The current chief’s tenure has also seen the military prosecute and convict retired generals for financial crimes.

But the bigger question is, if the current army chief’s permission was needed, had the previous one denied it?

That could be one reason why the investigation was delayed at NAB, which itself has seen changes in leadership over the same period.

Why the investigation went nowhere during the Kayani era might be difficult to get solid details on. It’s more important that we ask why the media did not make a fuss.

The media has historically been cautious of investigating the army, and even more so since a very public media-military spat a few years ago which was brought on by misreporting.

Even before the tussle, there had been reported cases of journalists facing consequences for looking into the financial dealings of officers, both serving and retired. Many journalists have lost their jobs due to showing an interest in such matters. Thus, self-censorship has strangled our media houses.

So it comes down to this – Pakistan has a poor record of properly investigating and punishing the financial crimes of men who have ever worn a military uniform. Whatever is happening now can only yield cautious optimism.

If this case serves as a precedent, and the ‘protection’ from investigation really draws down, the country would be better for it.