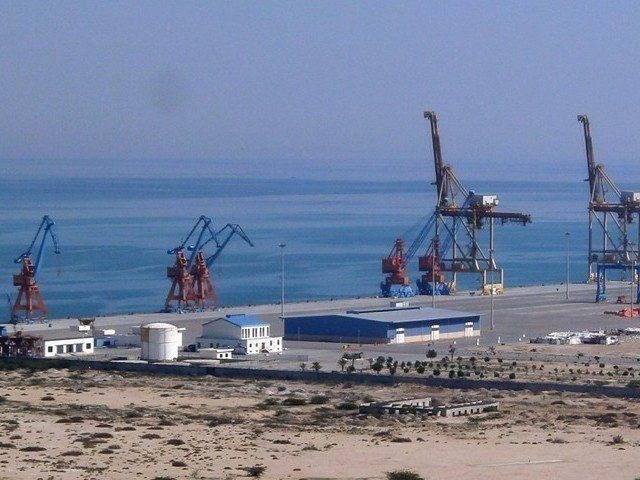 The China-Pakistan Economic Corridor (CPEC) has once again brought Balochistan in the limelight amongst the media and politicians. PHOTO: AFP

When I refer to the Baloch, I do not make reference to Sardars and Nawabs, minsters or stakeholders, but the common Baloch who suffers on a daily basis as a result of Pakistan’s deplorable negligence and incapability to protect the largest and arguably, richest province of their country.

The China-Pakistan Economic Corridor (CPEC) has once again brought Balochistan in the limelight amongst the media and politicians. There is a mayhem of disagreements on which province will benefit the most from the CPEC and many fingers pointing at Punjab for eternally overshadowing the rest in terms of benefitting from natural resources. Reservations from all provinces raised at the ‘All Parties Conference’ (APC), organised by Balochistan National Party (BNP) have signified that nationalism amongst Pakistanis is not only a domineering factor in Balochistan, but prevalent in other provinces; people are more concerned about their ethnic community than the wider implications of such a deal.

If the CPEC deal were efficacious, it would certainly be favourable for Pakistan. It would unquestionably help the country deal with some of its major developmental issues, including upgrading some of its crumbling infrastructure and modifying its significant energy shortage.

But at what cost?

The desire for this $46 billion project to continue and succeed has proliferated to such an extent that those in favour of this project have failed to comprehend how severely Pakistan will be trapped in China’s geostrategic orbit. What China will achieve from it is evident, giving her a dependable base in the Indian Ocean, nearby the Persian Gulf, commendably giving it two-ocean supremacy.

Such matters are obviously of no relevance to most Pakistanis considering what the aftermath could hold. As long as it is financially benefiting them, there will be no objections. It is ironic, how those who once mocked the Baloch for having communist ideologies are now bending to the will of socialist economies.

As for Baloch people, most if not all, are utterly unconvinced of the motive behind ‘developing’ Balochistan. The main line of reasoning for the Baloch is that after almost seven decades of authoritative reign, 347,190 kilometre square of land and development is only limited to Gwadar?

Those who claim to be the benefactors for the Baloch future need to be cognisant of the fact that there is more to Balochistan than one port. The Baloch apprehension is not linked with the location of routes, but whether the CPEC will bring a difference to the lives of the common Baloch. If the Baloch had not been victim of the Pakistani state’s deceitful tactics, then one would consider that a $46 billion project would definitely be an advent of development in Balochistan. However, history states otherwise.

On May 28, 1998, Pakistan detonated five nuclear devices in the Ras Koh Hills in Chagai, Balochistan. Undoubtedly, this granted Pakistan colossal importance on the world stage, attaining the title of the first Islamic nuclear state. However, what happened to the people of Chagai, once the tests were successful is unknown to most officials.

Radiation effects, untreated diseases and unemployment have rapidly taken over an underdeveloped Chagai. The Chagai that is proudly entrenched in Pakistan’s history, where important officials once stood before Balochistan’s mountains, is now never mentioned or visited by anyone.

SUI is another example of how the Baloch have been deprived of their basic rights. Eighty per cent of Balochistan is deprived of gas, including Gwadar. It is quite repulsive to know that the province that supplies most of the gas to the country does not have access to it. Article 158 of The Pakistan Constitution 1973 states,

“The province in which a wellhead of natural gas is situated shall have precedence over other parts of Pakistan in meeting the requirements from the wellhead.”

Since national law is not implemented, international law favours the Baloch stance, which obviously has no relevance to Pakistan amongst other matters.

“All peoples may, for their own ends, freely dispose of their natural wealth and resources without prejudice to any obligations arising out of international economic co-operation, based upon the principle of mutual benefit, and international law. In no case may a people be deprived of its own means of subsistence.”

There are plenty of examples of how deprived Baloch people are of their rights that justifies the sense of detriment they feel. Often the Sardari system is held accountable for the underdevelopment in Balochistan. That in itself is a very controversial topic since most of the Sardars and Nawabs have been assigned with the highest positions as part of the establishment.

Unfortunately, corruption and disunity amongst most Baloch tribal leaders has deteriorated Balochistan’s plight and allowed the establishment to use this to their advantage. If we kept our tribal egoism aside and worked for the betterment of the common Baloch man, then Balochistan might have a slight chance of a prosperous future.

Nonetheless, what needs to be addressed now is what is being done for the common Baloch man. What is the future of the Baloch man, who works rigorously as a fisherman in Gwadar, after the CPEC is established? There needs to be a sense of assurance that the people living in Gwadar will not become a minority on their own land.

Job opportunities should be equally available to the people of Gwadar, making their lives a priority. It is perplexing to know how countless amounts can be spent to protect the Chinese from ‘militant’ threats, but not much can be done to provide the citizens of Gwadar with a decent supply of water.

Considering literacy rates in Gwadar are very low, how will the government assure that the locals are educated enough in schools and universities are easily accessible? Bearing in mind that vast majorities of local Baloch in Gwadar work in the fishery industry. There should be maritime training to boost their skills, in a way that they can benefit.

We have a clash of priorities with the establishment where they aim to boost Pakistan financially, whereas the Baloch want their lives to flourish and more importantly to matter.

As a Baloch, I will always feel like an outcast in a land that is supposedly mine. They come, they exploit and they leave. We do not want to be like extra-terrestrials on our own land. There are plenty of assurances but no sense of guarantee that things will ever change for the better. History is our teacher.