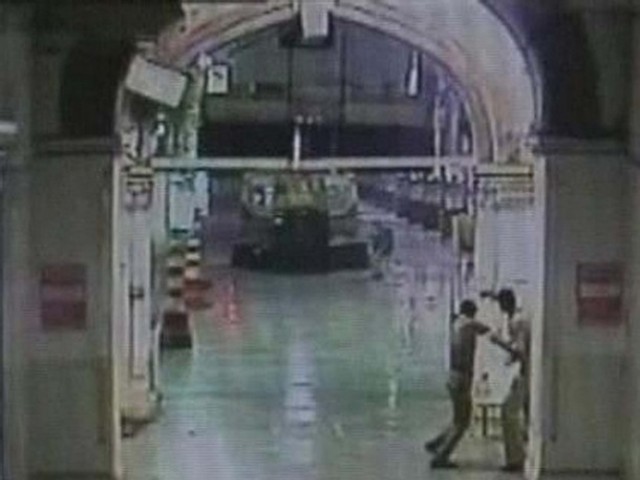 Its been two years since Mumbai’s landmarks were attacked and 26/11 became a date etched in the minds of every Indian. Those 60 hours are practically unforgettable, even for those who were at home, witnessing the horrific event unfolding on TV.

On the second anniversary, the city has been turned into a virtual fortress. Security has been stepped up and vigilance increased. Naka bandis on main roads, patrol units have been set up around all the city landmarks and mock drills have been conducted. But these steps are taken today, what about in between these two years.

Chugging back to normal

While Taj, Oberoi and Leopold rose like a phoenix from the ashes Chatrapatti Shivaji Terminus (CST) chugged back on track immediately the next day. After all the trains are Mumbai’s lifeline, with CST being a main station for many. Since my office is right next to CST, I have to visit the place at least twice a day; also because the trains are the fastest mode of transport in this busy city, I am left with no choice like many other commuters. Do the other commuters or I feel safe?

Well, actually even if we don’t do we have a choice?

A lot has been said about the spirit of Mumbai, and the fact that we have come back on our feet – but what about the person who has to go to work to support his family? No matter what happens, the next day he has to go to work. The average student needs to go to school or college, along with studies the attendance too is important and we who are used to living in this city as free as a bird will also continue living and not hamper our lifestyles. Basically the show must go on, we don’t have a choice.

But our government does.

They have a choice to make us feel safe in our own homes. So what do they do – set up CCTV’s all over CST which won’t capture anything clearly even if its right under the lens, one baggage scanner for two entry points for a daily traffic of eight million commuters and metal detectors which are dysfunctional most of the time.

Well, that’s technology, now coming to the security personnel’s. The number of Railway Protection Force guards has been increased and so has the number of police. However, the two forces don’t get along and are too busy chit-chatting amongst themselves. So, if by mistake you need to complain about anything they won’t hesitate in passing the buck to each other. In fact, people seem to be more scared of the ticket checkers than them!

Shilpa Keswani who commutes daily to and from CST says:

“There are enough security measures to show that they are taking action but not sure if they are stringent enough to actually keep us safe! Its been two years, and we still don’t have a safe coast and the so called force has hardly any equipment. Train travel changed with the blasts that rocked us a few years ago and was a reminder that we are no longer safe anywhere. We have the scan machines, but who is ensuring that one actually goes through those and are they actually working all the time? 26/11 should have been an awakening but looks like our government is too busy to pay heed to the common man’s troubles!”

“Its all humbug, half the detectors do not work, the security personnel are armed with poor ammunition. Its scary to think that it is the same place where 2 years back more than 60 people had a blood bath there, wonder what we are paying taxes for! A huge salute to the Mumbai’s indomitable spirit for moving on without fear.”

At first one had to only worry about reaching the platform and getting to the train in time. Those who travel by the Mumbai local trains at peak hours know the plight. At times it’s like going to war. Getting through that mad rush into the train and out when you reach your station is an art in itself.

Akhilesh Verma who travels from Chembur to CST says:

“That night I was lucky enough to get done early from work. However, after days like 7/11 and 26/11 train travel changed. As I entered CST, I looked around I felt like a stranger entering the station, even though I have been using this route for the last 5 years. However, looking at work going on as usual, it didn’t take time for me too, to get back into the grind. Yes, it is scary, for the first few months I used to get calls from home whether I have reached or left but now everything’s back on track. Life goes on; I am not going to stop commuting because of this.”

One terrorist attacks has scarred our minds. We have moved on but not forgetting the past. For most of us the trains or rather CST has become a part of our lives. It’s like home considering the way we know the place in and out and no matter what it will continue to remain that way. The unfortunate part is that before pointing fingers at others I think it’s about time our government does something to prevent such incidents by arming our security officials with equipment with which they can actually protect us and not just when there is a VVIP in town.

It would also be brilliant if they cut the long impending trial short and stop wasting the taxpayer’s money on Kasab.