Dear PCB, can you please prevent your players from ruining their careers? 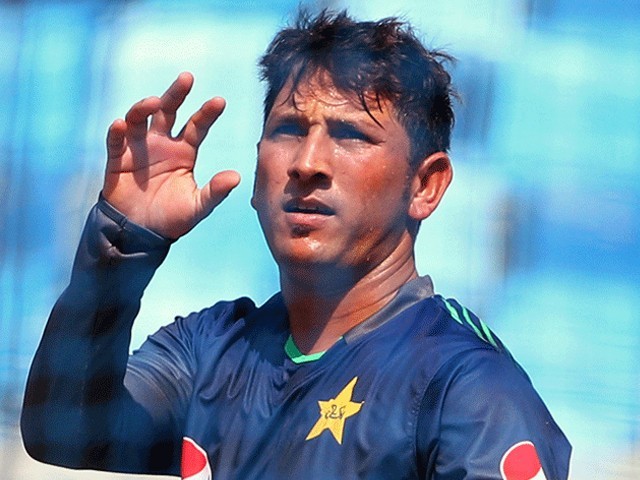 After Yasir Shah’s episode, I hope PCB takes this matter seriously with concrete steps to avoid any such fiasco in the future. PHOTO: REUTERS

Self-medication is the use of medicines to treat self-diagnosed symptoms. Not only is this practice problematic, it is highly unsafe. Potential risks include incorrect self-diagnosis, delay in seeking medical advice when needed, infrequent but severe adverse reactions, dangerous drug interactions, an incorrect manner of administration, incorrect dosage, improper choice of therapy, masking of a severe disease and the risk of dependency and abuse.

It’s sad that Yasir Shah, Pakistan’s beloved leg spinner, did not pay heed to these problems. He took a medicine for his back injury which contained Chlortalidone, a substance banned by the World Anti-Doping Authority (WADA). Since the practice is so common in Pakistan, I am sure Shah had taken the medicine without thinking twice or considering the WADA guidelines.

This incident not only highlights the carelessness on Shah’s part, but it also highlights the Pakistan Cricket Boards (PCB) negligence. It has been proven that PCB failed to create awareness among its players about threats related to doping.

The issue of self-medication is quite prevalent in Pakistan due to the lack of stern government regulations.

What’s worse is that patients obtain medicines from non-qualified pharmacists who are running pharmacies in every corner of the country. Economic factors play a grave role behind this risky activity since regular hospital visits and healthcare is costly.

Self-medication is quite obviously dangerous for the common man. For the athlete, however, it is absolutely lethal. It can jeopardise a player’s career if they end up using a medicine which contains banned substances.

Doping tests are a prominent issue in professional sports, but it is a relatively new phenomenon in cricket. This, by no means, justifies the negligence displayed by PCB.

Shane Warne was the first cricketer to fail a dope test. This happened back in 2003 during an ODI series in Australia. Once the results were released, he was sent home a day before the 2003 World Cup in South Africa and was banned from playing cricket for a year.

The menace of doping emerged in Pakistani cricket for the first time in 2006. Mohammad Asif and Shoaib Akhtar were the first two Pakistani cricketers who failed the dope test conducted by PCB, just three weeks before the team was to participate in the International Cricket Council’s (ICC) Champions trophy.

Initially, PCB banned both players, but eventually they were acquitted by a three-member tribunal on the basis that the players were unaware about the substance they were consuming. Raza Hasan, Asim Butt and Abdur Rehman are other Pakistani cricketers who have violated the doping act. Hasan, a talented player, will unfortunately not return to cricket at all, while the other two players did resume their cricketing careers.

How can it avoid such incidents in the future?

Well, to begin with, I suggest PCB makes arrangements to publish WADA’s code of conduct and list of banned substances in Urdu, English and as well other local languages.

PCB should also organise structured awareness programs at the National Cricket Academy and on the grounds during domestic matches. They can further provide the players with a trained and certified doctor who is aware of banned substances. PCB needs to be more vigilant about doping issues in the wake of stringent WADA regulations.

Let’s hope PCB wakes up to this harsh reality and starts preventing players from ruining their careers.