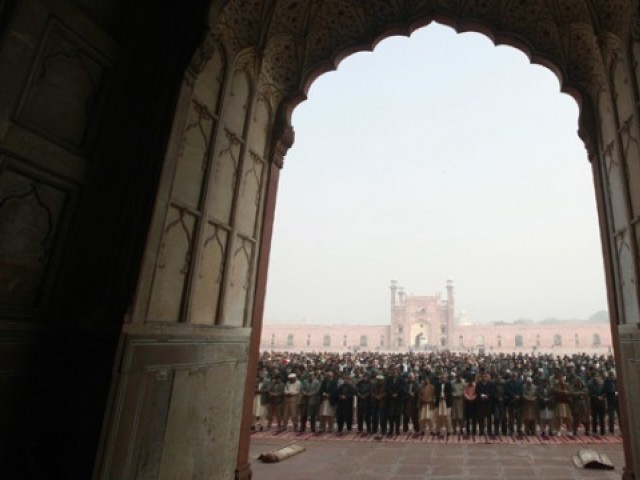 On December 16, 2015, the nation observed the first death anniversary of the APS attack victims. Right now, the country is reeling from the attack on Bacha Khan University. We have suffered multiple disastrous assaults, yet the government remains unconcerned. It still has not taken any concrete steps to implement the National Action Plan.

Various measures had been taken to combat the likelihood of another attack. Security had been beefed up, children had been trained on how to react, school timings had been changed and special instructions were delivered. But these were interim and private measures.

Has the government taken any long-term measures to address terrorism?

Sure, the Army has taken Operation Zarb-e-Azb to new heights and military operations are still raging in several parts of this country. But that’s purely a military effort.

What has the government done to deter extremists and de-radicalise certain elements in society?

While reading about the APS attack, I was mortified to learn that a cleric at a mosque had been a facilitator of the attack. What’s more shocking is that he was employed by the government. That makes the government of Pakistan implicit in the death of 144 people.

It is a fact that should make all our government officials shudder and repent.

Repentance, however, has not come in forms that the Pakistani public can appreciate.

I fail to understand why the government has been unable to identify the problem areas in our fight against terrorism.

It appears that I have no choice but to spell it out for them:

Our mosques need to be reclaimed and reorganised.

We need to have a clear policy regarding the establishment and operations of mosques all over the country. In addition to this, we need to specify the role of the imam and the maulvis at the mosques.

Dr Israr Ahmad often stressed that an average Muslim needs to be able to function without maulvis. According to him, a father can carry out the marriage ceremony (nikkah) of his offspring and a son can lead the prayers of his father’s funeral. We do not need maulvis for these tasks. Our dependence on them has made religion a business.

Maulvi’s and imams are now entrepreneurs. And that too powerful ones!

Since religion is a business now, the seat of the imam of a local mosque is a very lucrative and powerful position. This is why the organisation of the mosque needs to be regulated.

Javed Ahmed Ghamdi has also spoken in favour of the nationalisation of mosques, which in essence is how mosques are supposed to be in Islam.

In recent years, campaigns have been initiated by the civil society about ‘reclaiming our mosques’. However, little or almost no substantial support has been given by the government. Our officials need to realise that these are important measures to combat extremism and should be taken up urgently.

Now that I have identified the problem for our guileless leadership, let me help them out with the drafting of the policy as well.

1. A single mosque for all sects in a neighbourhood should be promoted.

2. Where a single mosque is not possible, one that caters to all sects should be built in every district of cities.

When we have no issues with praying next to all sects in Masjid al Haram and Masjid-e-Nabawi, then why not in our own country?

The Ismaili and Bohri Jamaat Khanas are places of worship and provide a space for social interaction. That’s what mosques are for, building relations within the community. If all the sects are going to one mosque, it would be difficult to incite sectarian violence.

We need to create an atmosphere of community at the mosques. In recent times, people rush in to pray and rush out as soon as they are done. Because of this, the mosque is no longer an effective public space. This is partly due to our fear of mosques. After several mosque bombings, we are conditioned to leave its perimeters as soon as we can.

We can no longer allow our mosques to stay dangerous. It is urgent that we recondition them to become the safe spaces that they are meant to be.

Mosques allow us to connect with those around us, irrespective of their social, financial, cultural and religious backgrounds. We have never been this divided and isolated from one another. Pakistan needs its mosques to integrate its Muslim population. Collective efficacy – does that ring a bell, dear policymakers?

Let me delineate some more points of policy for you.

1. Every mosque should have a female section. Let’s allow women to play leadership roles at the mosque. A woman in the UK recently led the prayers of a mixed congregation. It’s time we welcome back our women into religious public space.

2. All the main mosques of a town must have a library inside, or next to it, with not just religious but also books from a variety of disciplines. This is necessary to convey the message that Islam encourages and promotes education and progress.

And of course, the imams should be literate enough to run these libraries effectively.

Mosques should be centres of knowledge, not fear and extremism.

3. The government should appoint the imams, after strict background checks. These imams should be considered public servants with good salaries and other facilities. Their salaries should be according to their educational degrees and research. An educated imam means educated followers.

4. The sermons at mosques should be monitored. There should be a standardised guideline for sermons that details things they can and cannot say. This needs to be done in order to curtail hate speech and extremist ideas. Moreover, all sermons at Eid prayers must be the same in all the main mosques of the country.

When each town, and ideally each neighbourhood, has a mosque like the one described above, people will not have to send their children to madrassas with militant ties. Each child would be taught the Quran by a responsible teacher who would not instigate the student and preach a violent cause.

This is what is needed, immediately, so that another cleric at a mosque does not facilitate the slaughter of 144 lives or give refuge to terrorists.