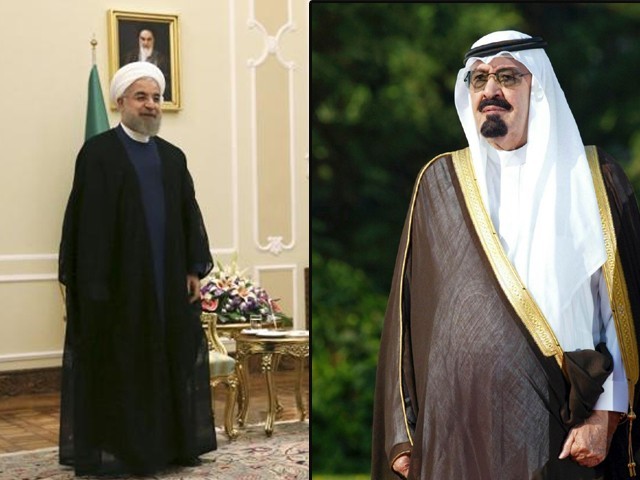 Saudi Arabia should reconsider its decision and should restore its ties with Iran.

Saudi Arabia’s decision to severe its diplomatic ties with Iran were ill timed, especially because the world is witnessing a growing escalation of conflict in Syria, Iraq and Yemen. Instead of working closely on solving the crisis in the Middle East, they have only managed to strengthen the hands of all those forces that don’t want to see peace in the region.

Furthermore, this will embolden terror outfits such as ISIS, who will readily take advantage in the already febrile region. With the recent detente between the United States and Iran, Saudi Arabia and Iran could have grabbed the opportunity to work closely in solving the Middle East crisis. Unfortunately, it is a classic case of lost opportunities.

It is to the credit of President Barack Obama’s foreign policy due to which Iran has agreed to freeze its nuclear programme for another 15 years, on the condition that the United States agrees to lift the economic sanctions against it. According to The Economist, Iran has already displayed intentions of not pursuing its nuclear programme by decommissioning its enrichment centrifuges, removing the core of its heavy water reactor in Arak and shipping out most of its low enriched uranium stockpile to Russia and other countries.

In view of the unequivocal commitment shown by Iran, the US and European countries have agreed to release the frozen assets of over $100 billion, which will help Iran to rebuild its suffering economy. The lifting of sanctions will help Iran to export oil and natural gas, as the US had laid an embargo on such exports. Iran had suffered a double whammy as a result of an oil and gas embargo with the falling prices of oil below $30 a barrel.

It is for this reason that Iran’s Supreme leader, Ayatollah Ali Khamenei, whose antipathy to the US is well-known, gave his nod for talks with the United States in an effort to resuscitate the economy. More importantly, the lifting of sanctions presents enormous opportunities for leading international businesses to invest in Iran. All these moves will help Iran reintegrate with the global economy and, with a young and educated population demographic, Iran has enormous possibilities of becoming an economic power in the next five to 10 years.

It is of utmost importance that Saudi Arabia reconsiders its decision and restores its ties with Iran, but this can only be done if both countries agree to stop meddling in Syria, Yemen and Iraq. Iran, on its part, should not extend financial help and stop supplying arms to Hezbollah, the Houthis and other Shia groups.

One of the reasons why organisations such as ISIS gained advantage was the conflict between the Shias and Sunnis. While Saudi Arabia indirectly funded organisations fighting the Shia government in Iraq, Iran, on the other hand, was supporting militants engaged in fighting Sunni groups in Iraq and Yemen. Iran was openly supporting Bashar al Assad’s government in Syria, whose repressive policies have resulted in a virtual civil war in Syria.

In a recent development, Saudi Arabia has agreed to restore ties with Iran, only if Iran stops meddling in the affairs of other countries. History has presented enormous opportunities for both countries to iron out their differences and work closely together in eliminating the scourge of terrorism from Iraq and Syria.

Pakistan on the other hand, has shown maturity by not taking sides in the Saudi-Iran conflict, though it has agreed to offer security to Saudi Arabia, should its territory be attacked.

Pakistan, which has great relations with Iran and Saudi Arabia, can play a pivotal role in persuading both the countries to come to the negotiating table to sort out their differences, as such a move will enable both countries to work closely in resolving the bloody crisis in the Middle East.

With the lifting of sanctions against Iran, India and Pakistan should seriously consider pursuing the Iranian offer of laying a gas pipeline connecting Afghanistan, Pakistan and India. This decision will help economies of both the countries in meeting their energy requirements.

Secondly, access to the Iranian market will definitely aid Pakistan and India; India can take up infrastructural projects in Iran, for instance, developing the Chabahar port and Pakistan can export rice to Iran.

Pakistan’s export of rice, which stood at $884 million in 2010, has drastically decreased to $43 million in 2015. Here is an opportunity for Pakistan to focus on exports of rice and other commodities to Iran.

If Pakistan agrees to give the most favoured nation status to India, I see an enormous opportunity in giving a fillip to the free flow of trade between India, Pakistan, Afghanistan and Iran.

All that is required now is the political will amongst the leaders of all four countries to work closely for the benefit of their people and economies.