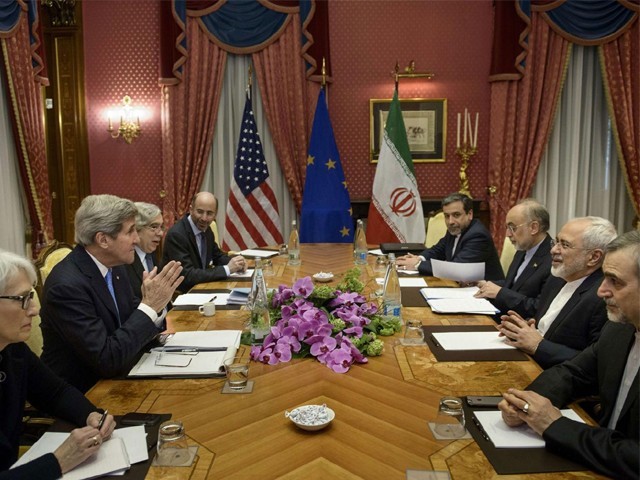 The 61 years of diplomatic relations between Iran and the United States have almost always been problematic. Iran’s mistrust dates back to the joint US-British intelligence design of 1953, aimed at overthrowing Prime Minister Mohammad Mossadeq, whose goal to liberate Iran’s oil industry from British colonial rule delivered a death blow to Western economic interests.

The Iranian Revolution of 1979 spurred nearly a decade of hostile anti-American sentiment, and since 1995, the United States has placed various sanctions to restrict Iran from practicing economic, scientific and military trade with major global powers. Since 2006, the United States and Israel have championed eight United Nations Security Council resolutions in total, to deter Iran from going nuclear.

However, sanctions worth $100 billion were officially lifted on January 16, 2016, on the condition of Iran curbing major aspects of its nuclear program. Thus, after decades of global inaccessibility, a renewed Iranian resolve is most likely to help the country recover its lost potential, and reclaim its position as a regional giant.

What would the lifting of sanctions mean for Iran and the Iranian public?

Oil and the Iranian economy

Alarming rates of inflation and unemployment have held the nation’s economy hostage ever since the sanctions were put into effect. According to a recent World Bank report, the annual rate of inflation stood at 15.6 per cent in June 2015, owing to stagnated foreign investments and deteriorating agricultural supply budgets.

With a relief in restrictions, Iran is estimated to triple its supply of oil to about $3 million barrels a day. As per the International Monetary Fund (IMF) predictions for 2016-2017, Iran’s restored access to foreign assets are expected to lift real GDP from about four per cent to 5.5 per cent next year.

Interestingly, despite the domination of Saudi oil in the region, a prevailing negative trend in global oil prices allows Iran to penetrate the monopolised trend. According to World Bank, Iran should be able to lead a 14 per cent dip in circulating oil prices, while receiving a surplus revenue of $15 billion in oil.

As exports of the resource have accounted for nearly 80 per cent of Iran’s total public revenue, the country’s revived trade-connections with the West would reduce inflation rates significantly.

An important point to note, is that the country’s working class accounts for 45 per cent its total labour force. As Iran gets access to approximately $56 billion in frozen assets from the Barack Obama administration, it can utilise these funds for the enhancements of existing oil and gas fields. These enhancements, coupled with the resurrection of domestic car-manufacturing and pharmaceutical industries, would create employment opportunities for 62.8% of the national labour force, which has been economically inactive since 2014.

Iran’s ruling government is solidly placed with its people. However, it is also well aware of the highly vigilant and empowered civilian cluster of society, which would hold the regime answerable to its needs if it tries to single-handedly represent Iran’s wits for a better future.

A floodgate of transnational trade would enable Iran to develop links with numerous notable powers, through a purely independent identity. Unlike its fellow adversaries, Iran shall look to counter regional hostility by rendering itself economically indispensible to the West, rather than forging warmongering-alliances with the same powers, and suffer the dire consequences.

As a result, Iran’s road to dominance in the Middle East is likely to be inspired by rational thought and soft-power projection. Little evidence in Iran’s foreign policy calculus reveals immediate threats to warfare, and as opposed to its regional competitors ― from Israel to Saudi Arabia ― Iran is least likely to mistake military might for strategic triumph.

Thus the Iranian government, along with the Iranian public have something to rejoice about, but the lifting of sanctions on Iran has spurred mixed reactions from various world leaders.

Israeli Prime Minister Benjamin Netanyahu was reported to have said,

“What a stunning, historic mistake. Israel is not bound by this deal with Iran, because Iran continues to seek our destruction, and we will always defend ourselves.”

Whereas US Secretary of State John Kerry said,

“The fact is that the agreement we’ve reached ― fully implemented ― will bring insight and accountability to Iran’s nuclear program, not for small number of years but for the lifetime of that program. This is the good deal that we have sought. Believe me, had we been willing to settle for a lesser deal, we would’ve finished this negotiation a long time ago.”

“The page of the past 12-year period, which was accompanied by illusions from world powers, and the spreading of these illusions in society and public opinion, has completely turned, and a new chapter has begun.”

To conclude, I deem the relief in sanctions a blessing in disguise for Iran. True, its nuclear program has now been brought under stringent global scrutiny, but more importantly, the lifting of sanctions will enable Iran to maximise its economic independence for regional leverage.

I would also draw attention towards over a decade of economic and political isolation, which has helped Iran maintain its internal resolve as a nation ― the blueprint for becoming the next giant economy in the region.

Virat Kohli versus Steven Smith, is the comparison even justified?