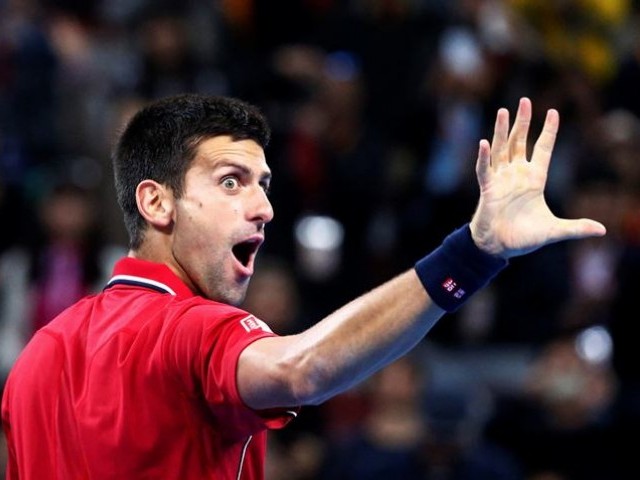 World renowned Novak Djokovic spoke about his own experience and said he was offered $200,000 to fix a tennis match, an offer he declined. PHOTO: REUTERS

Just when Mohammad Amir was allowed to bowl for the first time after a lengthy ban of five years, another match-fixing controversy arose in the sports world. This time around it was in the world of tennis. The tennis world was ready for the first Grand Slam of the year in Melbourne and most of the players were done with their first round of matches when BBC ran a shocking headline.

BBC and BuzzFeed news have been investigating corruption cases in tennis for quite some time. Today they have claimed that they could expose widespread match-fixing cases against players in the tennis world, including matches at the oldest tennis sporting event, Wimbledon.

In September 2008, professional tennis became one of the first major sports to establish its own dedicated anti-corruption unit called The Tennis Integrity Unit (TIU). TIU is charged with enforcing the sport’s zero-tolerance policy towards gambling-related corruption worldwide.

Over the last decade, 16 players have been reported to the unit as suspicious. These players included players from the World’s top 50 and Grand Slam winners, though all of them were allowed to continue playing tennis after cases were filed against them.

Although the media outlet has said that it has gathered valid evidence, so far no evidence has been made public, but that doesn’t mean there haven’t been similar cases in the past.

In 2011, Daniel Koellerer was banned for life based on match-fixing charges by TIU, which proves that there may be some possibility that BBC and BuzzFeed might have some real evidence against some really big names and sporting events.

Tennis is a well-paid and respected sport, but various players, especially those below the top 400, may consider other means to generate income for themselves. These players have high expenditures and the initial earnings are comparatively low in professional tennis. Therefore, quick money becomes tempting for most.

World renowned Novak Djokovic spoke about his own experience and said he was offered $200,000 to fix a tennis match, an offer he declined. He said,

“I was not approached directly,” he said. “Well… I was approached through people that were working with me at that time, that were with my team. Of course, we threw it away right away. It didn’t even get to me, the guy that was trying to talk to me; he didn’t even get to me directly. There was nothing out of it. Unfortunately there were some, in those times, those days, rumours, some talks, some people were going around. They were dealt with. In the last six, seven years, I haven’t heard anything similar. I personally was never approached directly, so I have nothing more to say about that.”

Tennis is a sport of class and beauty; players spend years on the tennis court in an earnest effort to improve their skills. It takes a huge amount of hard work and sacrifice to reach the top levels of professional tennis, which is exactly why players refrain from such shameful acts.

If this news turns out to be true, it would definitely damage the image of tennis and would devastate tennis fans worldwide. For now we can only hope that this news is false, if not, we might see some big names in the tennis world going down.