Did Nawaz Sharif just wake up to honour killings in Pakistan? 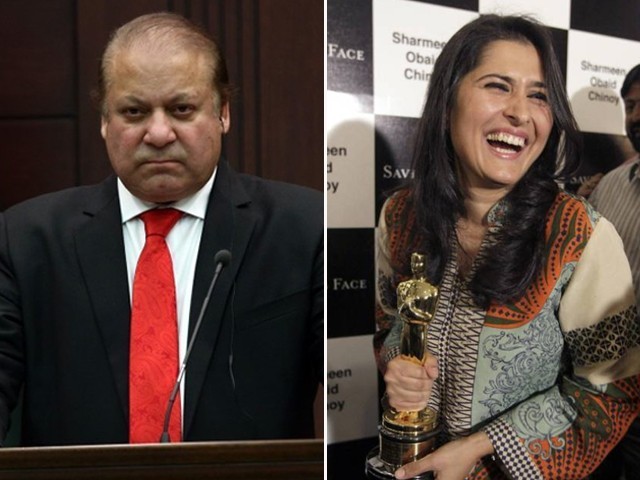 If that’s the only way get our foot in through the door to the power corridors, let’s hope Sharmeen Obaid-Chinoy wins an Oscar every year.

When it comes to the barrage of crimes against women, Pakistan ranks among the highest in the world. Such crimes against women include violence (sexual and non-sexual), trafficking and murder in the name of “honour”. While no crime is worse than the other, the regularity with which honour killings occur in Pakistan is especially harrowing.

As a matter of fact, more than 1,000 women die from honour-based killings every year.

These are just the reported cases. Think about how far the number would jump up considering the fact that most of the cases of violence against women go undocumented.

Despite the uniformity of these crimes, neither the government nor the country’s leaders have taken any action to address this critical issue. Whatever little action they have taken is simply not enough, because the problem isn’t lack of legislation, but rather the fact that the country just does not care.

Well, the country didn’t care up until now, thanks to Sharmeen Obaid Chinoy’s latest documentary entitled, “A Girl in the River: The Price of Forgiveness”, which focuses on the issue of honour killings in Pakistan.

Soon after being nominated for the 88th Academy Awards, Prime Minister Nawaz Sharif decided it was time that he gave this issue some serious attention. He went as far as to promise to eliminate the practice from the country completely. The official statement is as follows:

“The Prime Minister also expressed the government’s commitment to rid Pakistan of this evil by bringing in appropriate legislation.”

While it’s commendable that the Prime Minister is finally deciding to take action against honour killings, I find it disturbing that it had to take an Oscar nomination for him to finally take heed of the issue.

I am sure the content matter of the documentary was of no surprise to him, as it wasn’t to every Pakistani who has gotten a chance to see it. Honour killings are so rampant in Pakistan that one would have to be living under a rock to be completely oblivious to the despicable practice. Yet, the country didn’t bother to take any action before, because unfortunately, they did not see the need for it.

Nobody flinched when Shabana Bibi was burnt alive and killed by her husband and father-in-law, simply for leaving the house without their permission.

Nobody gasped when Farzana Parveen was brutally beaten to death with bricks by her father, brother and former fiancé for marrying a man who her family didn’t approve of.

Nobody batted an eye when a 14-year-old girl was gang raped and The Friday Times thought it would be much more appropriate to talk about it in the gossip section of the weekly magazine.

As shocking as it may sound, these horrific incidences, while reported in notable Pakistani newspapers, never hit the country’s nerve.

Am I supposed to believe that a 40-minute documentary touched our prime minister’s heart more profoundly than millions of stories plastered in newspapers?

Does this imply, then, that the only way our leaders will start taking problems seriously is when Oscar-winning documentaries are made about them?

Is this what it has come to?

We have become so desensitised to the atrocities that occur in our society against women that the only way we become convinced of the magnitude of their cruelty is when they become Oscar-worthy.

I can’t help but wonder how the prime minister plans to rid the country of honour killings. Does he realise that a day after he made his statement, a man axed his wife and three children in Peshawar? The incident was met with stone-cold indifference from the PM office.

Lip service can you only get you so far, Mr Nawaz Sharif. Soon the women of this country will be banging on your doors and demanding justice.

You have said that appropriate legislation will tackle the issue. Is legislation alone enough to solve a problem like this?

We have legislation on sexual harassment, child labour and child marriages.

Are there no women in Pakistan who get assaulted and raped?

Do we not have children who are sold to be slaves?

Have there been no daughters who were given away to men much, much older than them?

Our dear prime minister has invited Sharmeen Obaid-Chinoy to the PM House for a private screening of the documentary. Many dignitaries will be joining him to watch in complete amazement the miseries that women have to endure right outside their doorstep.

If that’s the only way get our foot in through the door to the power corridors, let’s hope Sharmeen Obaid-Chinoy wins an Oscar every year.