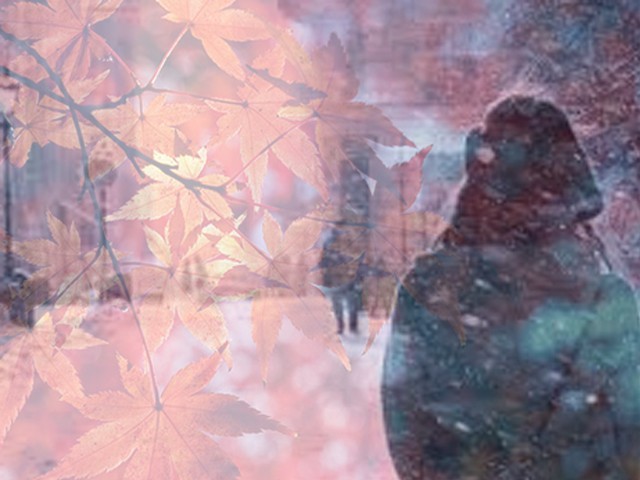 He was a boyfriend in the literal sense, but at least he distracted my mind.

She was a pretty little girl. Again, he was struck by the familiarity of her features. Living only a street away, it was easy to be a part of her life in many ways. She shared her school stories with him and often came over for book report help and class project ideas. She trusted his input.

As she progressed in grades, she progressed in intelligence and ambition. She got excellent score in her SAT and given her high GPA, got accepted to a very good college. He was elated. Yes things had gone very wrong, but this one decision in New Orleans had helped to make a lot of it very right.

Two weeks later, I started working for Candice. It was hectic but still fun. I think what makes any job more enjoyable is knowing that we don’t really need to work and can quit anytime we want. Still, occasionally, my mind drifted to my old job. My heart still ached with the pain of homeless children, who had either lost their parents or were not wanted by them. How could anyone compensate this loss? Some were older and demanded explanations to which no one had the right answers.

If Ali didn’t know my reasons for wanting to work there so adamantly, it wasn’t because he wasn’t willing to understand; it was because he didn’t know. It was wrong of me to expect him to understand a situation to which he wasn’t made privy. In our honest relationship, it raised a question of unfairness on part of one party; myself.

It was a few weeks later on a Sunday that Ali asked me casually how I liked the new job. The kids were at the Sunday Islamic School and Ali was about to go and pick them up. Ever since the kids were young, I had a made a firm point for them to attend these Islamic classes regularly. This was besides the Holy Quran lessons I took them to four days a week. It was imperative for them to be tethered firmly to the religion from the start. It would hopefully be, not only their anchor in this country, but also their identity and their strength.

I wanted to wrap up the topic, not in a mood to be reminded of my last job, especially when I was making such an effort to forget.

“Is it philanthropic enough for you?” he asked jokingly.

“Not quite,” I replied in a light tone.“But I’ll live. If you leave a little early you can pick up the milk from the store.” I reminded him, changing the topic.

He was a predictable fellow. I could easily side-track the conversations I didn’t want to have.

I went into the backyard after he had left and sat in the three person outdoor swing. Though well maintained, the backyard was barely used anymore. I often exasperatedly told Ali that the size of backyards should get smaller as the kids grew older. The older they got, the less they used them.
My mind wandered to the children. Omer was a good listener and absorbed a lot of influence from Abba jee. It was Ryna who bothered me. She had too many questions. She demanded ‘logical’ answers to her questions and had trouble understanding if they ‘didn’t make sense’. Some of her questions scared me,

‘Why do we have to marry Muslim boys?’ etc.

Most of her questions involved societal differences between the West and Islam. She was too much like me at her age. Perhaps that is what scared me the most. I wanted to ‘ground’ her more firmly to a staunch anchor. Ammi jee handled her better than I could. I was often consoled about Ryna by the fact that I must have been even tougher to handle than Ryna. Otherwise why couldn’t Ammi jee have managed to handle me better than she had been able to?

Summer was just around the corner now and I was looking forward to Annie’s wedding in Los Angeles. I needed the break. I was wrong to think that switching jobs would help curtail the flow of emotions that had only grown stronger over the years. Strangely, working there had been helping me cope. Having left, my mind frantically clutched at straws, seeking distractions. In attempting to forget, I was actually remembering more than I ever wanted to.

I had grown up in a quiet Indiana suburb. Being an only daughter, Ammi jee and Abbu jee were afraid of spoiling me so they kept me in a strict line. The Muslim community was scattered and small, and the only chances we got to get together were the Eid dinners. There was no large Islamic centres close-by for regular visits. It was in grade 10 that Malik Khan, his son and two daughters moved two streets down from us. The twin girls were three-years-younger and the boy, Usman Khan, was two-years-older than me. He was a studious high school senior with serious ambitions for his career. More than his looks, it was his intelligence that attracted me.

Ammi jee became good friends with Nilofer Auntie while Abbu jee got along well with Uncle Malik. The families started getting together frequently for dinners and brunches. Usman was reserved at first, but soon opened up. He was aiming for some of the best colleges in the country and Uncle Malik had the money to afford it. Abbu jee often chatted with him about his future. He had always been extremely appreciative of children who were well focused.

“The best investment we immigrants can make in this country is on our children.”

I had heard him say countless number of times. Uncle Malik wholeheartedly agreed.

I was a free spirited, second generation American Pakistani who questioned everything and wanted all answers to make ‘sense’, much like Ryna. Ammi jee had a hard time keeping me in line. Whenever I heard Usman talk of some of the ‘fab’ colleges he wanted to go to and compared them to the ‘dungeon of our Indiana suburb’, I found myself agreeing. I, too, felt our Indiana suburb to be quiet, boring, and very stagnant. Getting into a good college was a good way to get out. And I knew I had the brains to do it. I started absorbing the conversations Usman had with Abbu jee. With all his exciting plans, I started viewing him as a reasonably exciting guy. He started picking me up to go to school. His sisters took the bus, as they were still in middle school while we went to high school.

Ammi jee was a little hesitant at first, but he was a decent Muslim boy and we knew the family well. It was better than all the questions I had been bringing home about dating and the boy-girl issue in the conventional American society. At least this put a break to that. He was a boyfriend in the literal sense, but at least he distracted my mind. In her relief, she overlooked the fact that we were both at a very impressionable age and that, decent or not, he was still a boy and I was after all, a very pretty girl.

Stay tuned for Part 6 of this eight part series!