Sex with any girl under the age of 18 is rape! 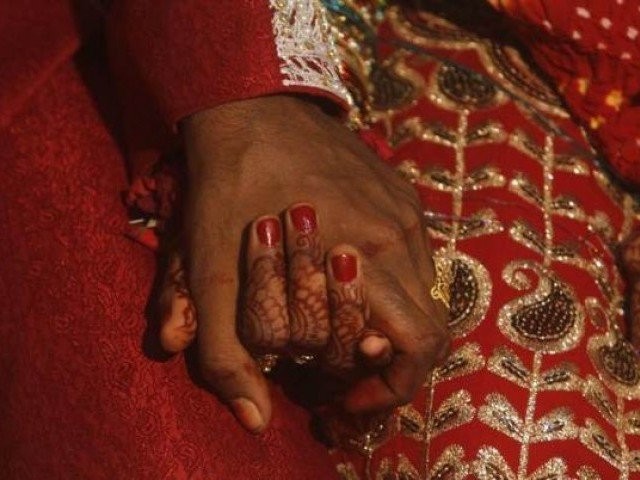 On Friday, Pakistan’s National Assembly tore down a pitch that whichever way you look at it, seemed like a no-brainer.

As journalist, Maryam Usman, of The Express Tribune reports,

“The proposed legislation had recommended harsher punishments for those entering conjugal contracts with minors.”

In other words, the legislation sought to deter men from raping children.

Who in their right minds could have a problem with that?

The Council of Islamic Ideology (CII), of course!

“In May 2014, amid severe criticism from various quarters, the council had endorsed its earlier ruling that girls as young as nine-years-old were eligible to be married “if the signs of puberty are visible”.”

Nine… let that number sink in.

Let’s get this straight.

Sex with a nine-year-old?

Sex with any girl under the age of 18 is rape, even if they ‘give consent’, because they aren’t old enough to make an informed decision.

If an adult allows a nine-year-old to drive, then it is the adult at fault, and not the child.

And here we have the nation’s main Islamic organisation claiming a nine-year-old is ready for marriage and hence sexual relations.

How did CII manipulate…err… convince The National Assembly into rejecting the bill? By using words such as ‘anti-Islamic’ and ‘blasphemous’, of course.

The CII is clever, let’s give them that. As Pakistans People’s Party’s (PPP) Hina Rabbani Khar recently confessed, ever since Salman Taseer was murdered for standing up for minorities victimised by the blasphemy law, lawmakers have felt a degree of fear. While the CII holds no official power over the parliament, it is aware that the word ‘blasphemy’ is a death sentence, and wields it like Voldemort did Avada Kedavra.

“The National Assembly’s Standing Committee on Religious Affairs and Interfaith Harmony rejected the Child Marriage Restraint (Amendment) Bill 2014 after the CII dubbed it ‘anti-Islamic’ and ‘blasphemous’.

The committee meeting, which was presided over by its Chairman Hafiz Abdul Karim, unanimously rejected the bill on ‘purely religious grounds’. Afterwards, PML-N’s Marvi Memon also withdrew her proposal.”

Let’s also keep in mind that various scholars across the world have stated that ‘forced marriages’ are completely un-Islamic. So how is marrying off a nine-year-old child, who is clearly not able to make that decision on her own, not a forced union?

The last time I wrote a blog on CII’s antic, religious friends of mine claimed that there was nothing sexual about the ruling. Their argument was that CII was only seeking to introduce the law to protect young girls.

If this is so, then how many of CII’s defenders are willing to marry off their own daughters at the age of nine? How many members of parliament are going to set their little girls off with a husband as soon as ‘signs of puberty are visible’?

And what sort of a sick father looks for the ‘first signs of puberty’ on his daughter, anyway? I suppose the same sort of father who sits on a council and enforces such a ruling.

The Express Tribune reader Javaid has an interesting idea. I wonder if our parliament would entertain it: