Muslims and Christians are more similar than you think 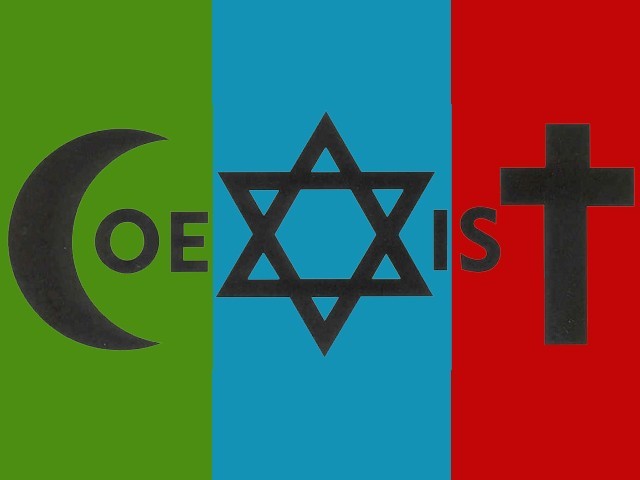 Evangelical literature post 9/11 has been geared towards portraying Islam as an inherently violent religion with assertion that Muslims worship a false god – distinctly different from the one Christians and Jews worship.

“WE BELIEVE in one sovereign God, eternally existing in three persons: the everlasting Father, His only begotten Son, Jesus Christ our Lord, and the Holy Spirit, the giver of life; and we believe that God created the Heavens and the earth out of nothing by His spoken word, and for His own glory.”

While we all like to believe that we can distinguish God in Islam from God in Christianity, Judaism, Hinduism or any other religion for that matter – we tend to forget that we are talking about an entity beyond our human comprehension.

Essentially, the idea of God is a personalised perspective and every individual understands God through the relationship that he or she develops with Him. In other words, since we cannot comprehend God, what we think is God – is basically our relationship with God.

While the idea of Divine Unity in Christianity is similar to the idea of God in Islam, the concept of Trinity is rather unclear to many Muslims and does not concur with the Islamic understanding of God. However, if we refer to the Holy Quran, we are reassured that from the Islamic standpoint, Muslims and Christians do indeed get their theological message from the same Divine entity, who was Abraham’s God.

In the Holy Quran, God has stated not to argue with the People of Scriptures, except in the best manner excluding those who have committed injustice, and have unity and faith unto whatever has been sent down from His side. He tells believers to discard all bigotries and separations. Moreover, God clearly states that Muslims, Christians and Jews have the same God. (Al- ‘Ankabut: 46)

The reference to the people of the scriptures is with regards to Christians and Jews and therefore from the Islamic theological point of view, Muslims believe in the same God as Christians believe in and accept Jesus as one of the prophets of God. Muslims also share the belief of life after death and of Virgin Mary with Christians.

Richard Cimino further emphasises that Evangelical literature post 9/11 has been geared towards portraying Islam as an inherently violent religion with the assertion that Muslims worship a false god – distinctly different from the one Christians and Jews worship.

Norman Geisler and Abdul Saleeb in their book called Answering Islam (1993) shed a negative light on Islam as they emphasise on Islam’s disavowal of the Trinity, the incarnation of Christ, and the sufficiency of the Bible as God’s word. Moreover, its teachings on the importance of performing good works in attaining salvation are all critiqued from a standard evangelical perspective. Saleeb also posits that the Holy Quran only manages to represent a highly distorted image of God. However; he agrees, rather reluctantly, that ‘Allah’, as mentioned in the Holy Quran, is the same God who is invoked by Jews and Christians in the Old Testament and the New Testament.

While the debate on the understanding of God has remained central to the Muslim-Christian dialogue, it has been established, time and time again by theologians from both faiths that Islam and Christianity are monotheistic religions and share many notions of Divinity and eschatology. The peaceful coexistence of the two faiths have remained a priority among the tolerant segments of both the faiths, however there are fractions on both side which adopt a rather exclusivist approach to their religion.

It is important to understand here that the evangelical beliefs are not representative of the whole Christian community around the world or of the American Christians. It seems though that it is the fear of Islam among the evangelicals that has historically illicit an anti-Muslim sentiment.

Moreover, according to the evangelical faith, Muslims play a negative role in apocalyptic war which will lead to the return of Jesus Christ. Richard Cimino in his paper states that the Biblical prophecy regarding the end of times laid strong emphasis on Israel’s strategic role in gathering the Jews and building the Holy Temple which will hasten the return of Christ. Therefore, the Islamic community in Palestine is seen by evangelicals as an adversary to their eschatological mission. Hence Islam is viewed as an antagonist in the prophetic end of times scenario.

From an empathetic lens on evangelical beliefs, it is understandable why such strict action was taken against Professor Larycia Hawkins, however, given the current political atmosphere, religious rigidity and exclusivity are only going to harm our society, if not completely devour it.

As humans, we must acknowledge the fact that we, regardless of the religion we ascribe to, should have the freedom to hold our unique point of view and express our ideas without fear. No one has a special privilege of claiming to know God more than others and therefore we must let individuals establish their own relationship with God and understand Him in a relevant personal manner, rather than in an institutional manner.

In these times of religious rift and growing religious conflict, it is upon all of us to promote ideas of religious inclusiveness, accept our differences and learn to coexist without imposing our religious notions of God on other individuals and communities. As I mentioned in my previous article, religion must serve the purpose of making us more human and binding us to God and humanity at large without tainting our minds with ideas of superiority, exclusivity and intolerance.

The author has recently graduated from Lahore University of Management Sciences and is currently working as the Co Founder and CEO of Ravvish, a social enterprise that works for peace building, empathy, tolerance and conflict resolution. He loves to teach and travel, and hopes to pursue a masters degree in comparative religion.

Karbala is a call for empathy, a call to stand up against injustice