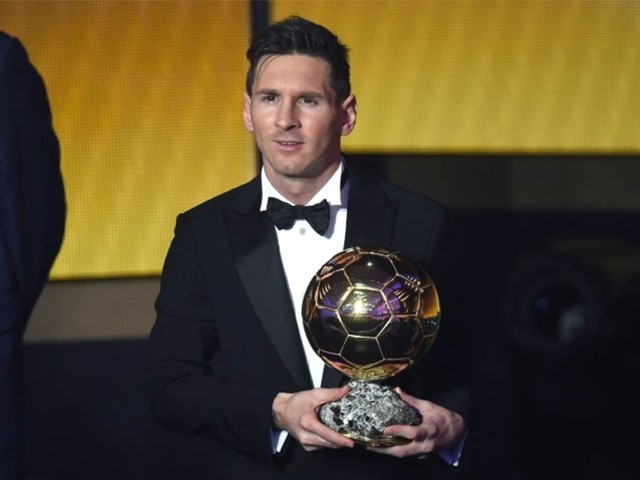 If someone had said superstar Lionel Messi would be crowned ‘FIFA World Player of the Year’ in 2016 for a record fifth time, I’m pretty sure everyone would have considered that person as deluded.

Simply because the Argentinian maestro was nowhere near the form which won him four successive ‘World Player of the Year’ awards from 2009 to 2012.

In fact, he had just endured the terrible ordeal of losing a World Cup final to Germany, a feat which has not only tested his physical strength but his mental endurance as well. The entire topic of discussion ahead of the mega event in Brazil was whether Messi would be able to finally lift a major trophy with his national side.

The sight of him walking by the trophy made great headlines for many newspapers around the world. He also got a lot of slack from the Argentinian media for missing the last-minute free-kick. The criticism was so intense that Coach Gerardo Martino even advised the 28-year-old to quit the national side for undue criticism.

Fast forward seven months, matters became even worse; he got involved in a feud with Barcelona boss, Luis Enrique, who had simply made the mistake of benching him in a 1-0 defeat to Real Sociedad. The Argentinian reacted by missing an open training session with the club’s fans and by the end of it all, Barca’s sporting director, Andoni Zubizarreta, was given the sack and club legend, Carles Puyol – who was serving as an assistant to Zubizarreta – walked.

Even Luis Enrique would have followed suit had Messi demanded it, but fortunately, it did not come to that because of what fate had planned for the both of them together, none could have foreseen at that point.

Suddenly, the diminutive Argentinian clicked into gear, and driven by the support he got from his strike partners Neymar and Luis Suarez, Messi became unstoppable.

He scored 43 La Liga goals — 15 more than his previous year’s tally — to guide Barcelona to their 23rd La Liga title and scored a spectacular individual goal by making a mockery out of four Athletic Bilbao players in the Copa del Rey final to gift Barca their 27th Spanish Cup.

He led the way from the front to take the Catalans to their fifth Champions League crown — finishing as the tournament’s joint top goal-scorer — and ensuring that Barca become the only side in the world to achieve the prestigious treble, winning all three major trophies — Copa del Rey, La Liga, Champions League — twice.

He then guided Argentina to the final of the Copa America where he had to endure yet another second-place finish, this time on penalties. Many of his critics might use his inability to win a major trophy with La Albiceleste as a reason why he does not deserve to be on top of the world, but everyone knows that this argument does not hold, since Messi did all he could in a team made up of 11 players, not one.

By the time the deadline for the voting for the Ballon d’Or came, there was hardly any doubt that this year no one could thwart the Argentinian from regaining the crown he had lost to arch rival Cristiano Ronaldo these last two years.

There is something about Messi that never lets him say ‘this is enough’. The 28-year-old yearns for more every year. When he lost the crown to Ronaldo for two successive years, many had thought his time at the top was over, but the little Argentinian let the world know, once again, that there is a lot more left in him.

Let’s hope that the fleet-footed magician continues his remarkable journey, and makes and breaks more records to assert his claim of being the best player of all time. He certainly is missing a World Cup crown but since when do trophies define a player?

Messi is remarkable, outstanding and incomparable. We are fortunate to have been alive in an era where we got to see the likes of him and his rivals.

English Premier League transfers — Most expensive but not the most rational