The Force is sound asleep (and snoring too!) 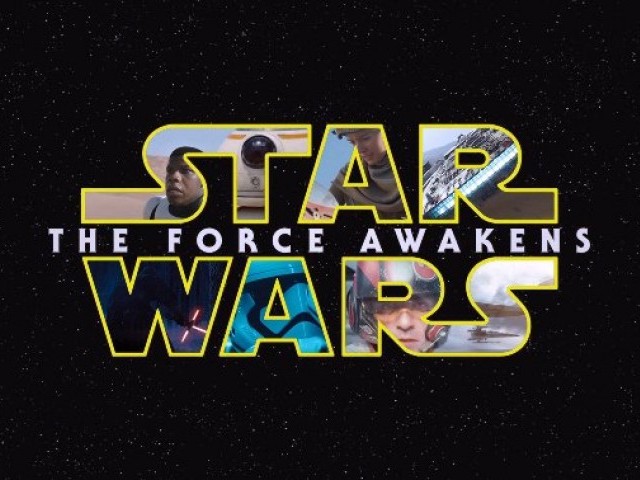 A New Hope was lauded because it completely revolutionised how movies were made. It was original! PHOTO: PUBLICITY

Every now and then I am asked to critique a movie and I am happy to oblige. Because good, bad or average, these films that I am asked to evaluate are nonetheless cinema.

However when I was asked to review a Disney merchandise advertisement masquerading as a cinematic endeavour, I was a little perplexed. My first instinct was to politely refuse, considering I wasn’t being paid by Disney to write hack reviews. I mean, how else could you justify all the rave reviews that this seventh episode of the Star Wars franchise is garnering?

Let’s get this clear right from the outset, if The Force Awakens is a $200 million advert by the mouse corporate machine that is aiming to sell bucket loads of toys to the kids, I’d say well done! But even then, earnings aside, I would question the artistic merits of this visual piece. Trust me, I have seen more imaginative Pakistani commercials and that is really saying something.

On the other hand, if you are expecting a review of this film as a cinematic effort,  I would request you to simply go read up on A New Hope which was the first Star Wars episode in terms of release date and fourth in terms of the narrative chronology that came out way back in 1977.

A New Hope was lauded because it completely revolutionised how movies were made. It was original! Not in terms of narrative, mind you, because it borrowed heavily from comic hero Flash Gordon, Joseph Campbell’s book The Hero with a Thousand Faces, Akira Kurosawa’s jidaigeki  – visual Japanese period dramas- The Hidden Fortress and Tolkiens’s The Lord of the Rings trilogy. A New Hope was universally loved because of how the narrative was executed and the fact that it had soul. Now fast forward 38 years and imagine watching A New Hope all over again impersonating as The Force Awakens with a politically correct lead cast. If it’s any consolation, it didn’t completely borrow from A New Hope. Yes! Because there were also bits and pieces copied from Return of The Jedi and The Empire Strikes Back, the other two episodes of the original Star Wars trilogy. Now don’t get me wrong, I am all for women playing leads but a casting decision that is simply playing to the gallery is not my cinematic cup of tea. If there was any chance that the unconventional gender of the protagonist would be overlooked by the intended politically correct target audience, the studio went the whole hog and roped in a black guy to play her sidekick.

The duo combines with a host of previous popular franchise characters who were simply there to manipulate nostalgia amongst the audience to battle yet another death star. However, in Disney’s defence it was a ‘bigger’ death star. So something original at last! That is, if you count ‘done to death star on steroids’ a fresh idea.

For those of you who have never experienced the Star Wars universe before, a death star is a moon sized ultimate weapon with the ability to destroy an entire planet. And it’s probably these very people who could derive some pleasure out of the seventh episode. The rest, like me, have already seen enough death stars being blown apart to be really amused by this particular offing.

Also galling was how the Mickey Mouse corporation took the Mickey out of Han Solo, one of the most beloved Star Wars character ever. If the melodramatic handling of his character wasn’t enough, Disney further went and added nostalgic insult to our injuries by milking the relation card yet again.

Turning Luke Skywalker into Dart Vader’s son is arguably one of the most iconic twist in the history of cinema, but pairing Han Solo and Kylo Ren in a father-son relation was forced and cringe-worthy to the extreme.

Speaking of Kylo Ren, the Dart Vader wannabe, if it were up to me, I would have criminal charges pressed against anyone with even the audacity to have both Ren and Vader in the same sentence. Darth Vader is one of the most iconic villains ever in the history of cinema whereas Kylo Ren just happens to be a spoiled little brat who liked to throw tantrums, whenever things didn’t go his way. I wouldn’t allow him to lead a group of smelly toddlers, let alone being convinced that he was in charge of an army of stormtroopers.

It’s one thing targeting teenagers as your core target audience, but having your screenplay written by a an overzealous teen is frankly an insult to viewers’ cinematic sensibilities. What were they expecting? Fill it with action, so that people don’t realise the lack of any substance in the story.

And also what’s with having the protagonist virtually mastering all the Jedi skills – lightsaber handling included – without any prior training. And please don’t give me ‘the force was strong with her’ line because despite having the force on his side, Luke Skywalker still had to go through Yoda’s schooling.

So if you are planning to watch this soon. May the force be with you! (That’s ‘Good Luck to you in Star Wars lingo).