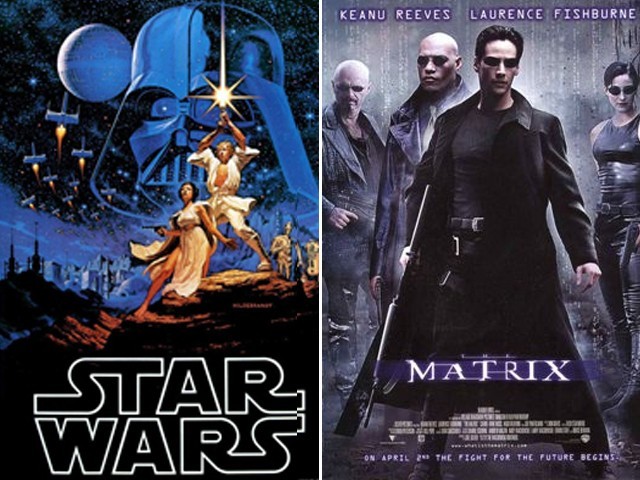 How has the functionality of Hollywood movie-making changed since then?

During a question and answer session at the TIFF 2015 (Toronto International Film Festival) filmmaker Charlie Kaufman was asked why big film productions in Hollywood lack the originality of ideas of smaller independent produced films.

“It seems to me that it’s a circular problem. People who make movies see things that do well and then they continue to make those things because they continue to do well and that becomes this sort of cycle and everything else becomes excluded from that (…) If you make a superhero movie that looks like it should do well and doesn’t do well, you don’t get fired for it, but if you make a movie that no one thinks is going to do well and you take a chance and it doesn’t do well, you don’t have a job anymore (…) And I think it sucks. I think it sucks for the audience, I think it sucks for filmmakers… I think it’s an unfortunate thing for our society. People are not being fed anything that’s substantial.”

What is this ‘circular problem’ that Charlie Kaufman talks about? Why would an original idea be a financial risk? After all, some of the biggest box office successes like Star Wars, The Matrix and E.T. the Extra-Terrestrial started off as original ideas. How has the functionality of Hollywood movie-making changed since then?

In order to understand this, we would need to dive into the belly of the beast itself.

The Nature of the beast

In the current era of genres and sub genres, Hollywood divides the blockbusters into these four basic segments.

1. Direct sequel: A direct sequel is essentially a continuation to a film that was probably highly successful with the audience and/or with the critics.

2. Remake (or a reboot): A remake is a ‘retelling’ of a similar film but with a few tweaks regarding the narrative structure, location, time period etc.

3. Adaptation: A film that is possibly adapted from another medium of art, mainly a book, theatre play, video game etc.

4. Prequel: A story that is a precursor to the original film.

Since the audiences have now become accustomed to such ideas, Hollywood executives have found other ways to repackage these films with the term ‘soft reboot,’ a term that is essentially used to attract new audience members as well as not disappointing the fans of the original, for example, Terminator Genisys (2015).

Hollywood has always been known as a ‘moviemaking business’ and does exactly what it is set out to do, which is, entertain its audience.

Since its birth during the 1910s, movies have been mass produced to conjure up a large audience to make a profit and then some. By the late 20s and 30s (the heyday of Hollywood Studio system), each studio was known its own brand of film genre. Metro-Goldwyn-Mayer (MGM) for its musicals, Warner Bros for its gangster films, Universal for its monster films and so on. Just like the films, actors were also bought and sold like commodities. It was rigid, but a well-oiled machinery that functioned collectively and smoothly.

Though if such was the case, then why is film-making considered an ‘art form’ in the first place?

The reason is quite apparent actually. Although movie-making structure is financial in nature, it is the cultivation of a group of artists that brings a film to its full fruitarian. A collaboration of artists such as directors, cinematographers, screenwriters, costume designers etc. is what makes the heart and soul of a film.

Recently, screen writer Max Landis tweeted his outrage towards the fact that American Ultra (his original script) bombed badly at the box office, while films like Agent 47 (adaptation of a video game) was at the top of the box office rating even though it was critically panned.

So here's an interesting question: American Ultra finished dead last at the box office, behind even Mission Impossible and Man From Uncle…

…American Ultra was also beaten by the critically reviled Hitman Agent 47 and Sinister, despite being a better reviewed film than either..

…which leads me to a bit of a conundrum: Why? American Ultra had good ads, big stars, a fun idea, and honestly, it's a good movie…

…Certainly better, in the internet's opinion, than other things released the same day. If you saw it, you probably didn't hate it…

…so I'm left with an odd thing here, which is that American Ultra lost to a sequel, a sequel reboot, a biopic, a sequel and a reboot.

…it seems the reviews didn't even matter, the MOVIE didn't matter. The argument that can/will be made is: big level original ideas don't $

The question is: has that changed? I wish I could say Ultra was a bad movie, but it isn't. Divisive, sure. But better than others this week.

Am I wrong? Is trying to make original movies in a big way just not a valid career path anymore for anyone but Tarantino and Nolan?

That's the question: Am I wrong? Are original ideas over? I wanted to pose this to the public, because I feel, put lightly, confused.

I feel like I learned a lesson, here, but have no idea what it is. I once joked "there's only so many times people will go see Thor 2."

Now, I'm not so sure. Got to get back to work on my TV shows. Which are both adaptations. Go see American Ultra, it's really good.

Sorry about what was perceived as negativity on here. If you know me you know I'm all about passion for stories and honesty in my industry.

The main idea behind every Hollywood production is quite simple, a secure financial profit behind each project. That’s how business is done and it is destroying films with original ideas because they cannot promise you that.

These are two of the most bankable words in Hollywood at the moment. Thanks to internet memes and pop culture, the kids from the 80s and 90s have mostly now grown up with their childhood film/TV franchises that they adore more than life itself. Whether we decided to it or not, most of us have become slaves to our childhood.

As of November 2015, there are currently at least 25 films in production which fall under the category ‘reboot or remake’. Studios are actively looking for franchises which they can market and latch onto different mediums such as toys, action figures, video games etc.

By attaching itself to an old TV from the 80s or a modest hit film from the 90s, the audience can go to the cinemas with the so-called ‘brand recognition’, which follows the following formula,

An adaptation of the show/film X that I used to like = A film that I will enjoy of that show/film X.

Thus, the financiers are at least secured in earning their investment back. All they want is your bums on the seats, no matter how terrible or lazy the film actually is.

There have been a few exceptions like 21 Jump Street (2012) who brilliantly satirised ‘repackaging’ a TV show into a financial grab blockbuster film.

Let’s now talk about the big billion dollar elephant in the room, the superhero genre. Up until now, Marvel Studios has done a good job maintaining faithful adaptations to their licensed properties. Though with it comes the curse of the Disney Studio trying hard to build million dollar franchises from every property they own, producing two Marvel films per year, using the same formula countless times that made Iron Man (2008) such a big hit, investing insane amounts of cash which ultimately leads the studio to cancel smaller projects from much more creative filmmakers because they can’t promise ‘millions of dollars in profit’ like a superhero film can.

In order to feed the monster even more, Hollywood is now hiring young Indie filmmakers to create franchises for them and thus, disintegrating them into the vast sea of tired old ideas of the past.

Some have been success stories like James Gunn’s Guardians of the Galaxy (2014), Colin Trevorrow’s Jurassic World (2015) while others have been failures like Marc Webb’s The Amazing Spider-man 2 (2014) and Josh Trank’s Fantastic Four (2015) who just could not fit into the rigid system of Hollywood.

Some even escaped the system before it could absolve them like Edgar Wright.

Do superhero films lack any sort of entertainment value?

Some of them are pretty fantastic. Films like The Avengers (2012) and Captain America: The Winter Soldier (2014) are undeniably very enjoyable films, but the bitter truth is that the superhero genre and the countless remakes/reboots are incredibly formulaic and are silently destroying the voice of originality in the American film industry.

It is quite ironic that no film studio ever had faith in the original Star Wars (1977). Its creator George Lucas had to fight every step of the way with 20th Century Fox to get the film made. Nobody realised it would ever become such a massive financial hit and a cultural icon. For better or worse, this event changed Hollywood forever. From here on, every film studio wanted to emulate the success of it and Lucas’s creation ultimately became his own dark side. To paraphrase Star Wars itself, ‘there is but hope…’

Foreign Filmmakers like Alejandro González Iñárritu, Denis Villeneuve, Steve Mcqueen or even countless American Indie filmmakers like Charlie Kaufman and Wes Anderson are creating some of the most original films out there.

Birdman (2014) won last year’s Oscar for best picture proving that original and creative ideas are somehow still getting rewarded. Though what would really momentarily change the tide of unoriginal ideas in Hollywood is a major blockbuster hit of an original franchise.

As Max Landis said it best,