He was 12-years-old and wanted to liberate slaves in Pakistan. He is dead now 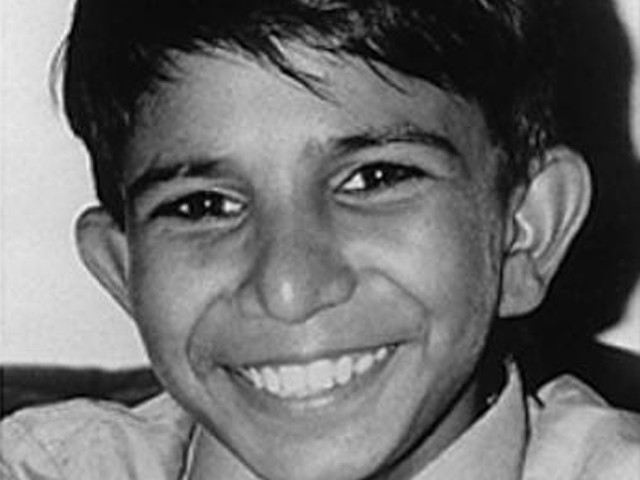 Masih’s story is a tragic one. He was sold into bondage for an amount less than seven dollars. PHOTO: MORALHEROES.ORG

On April 16, 1995, a 12-year-old boy named Iqbal Masih was shot and killed while he was riding his bicycle with his friends in Muritke, near Lahore. He was punished for raising his voice against child labour. While he was in the US, he was asked why he wanted to return to Pakistan when he knew of the danger to his life. To that, he courageously responded saying his mission was more important than his life.

And it was with his life that he paid the price for standing up for his beliefs.

“I want to do what Abraham Lincoln did.”

He wanted to become a lawyer to liberate slaves in Pakistan.

Masih’s story is a tragic one. He was sold into bondage for an amount less than seven dollars. This money was used for his mother’s operation, for which five-year-old Masih lost his freedom, his childhood and his health.

Bonded labour means that Masih was to work as a carpet weaver for the factory owner till the loan was paid back. His freedom remained a dream because his family’s financial burdens kept growing and they were unable to pay back the loan. Masih’s torture continued without any respite and any hope of the loan ever being repaid.

Not only was Masih subjected to inhuman treatment and conditions, he was forced to work for more than 12 hours a day, seven days a week with only half-hour breaks. The wages for these gruelling hours of meticulous carpet weaving were a few cents only.

Child carpet weavers are subjected to treatment that would make you cringe, and to top it all, they are not even given appropriate nutrition by their ‘masters’. The intention behind this callousness is to retain smaller fingers for intricate carpet weaving. Masih stood four-feet tall which is 12 inches shorter than the average boys of his age.

Masih was like any normal child, with aspirations and dreams of getting educated. But he was only getting well versed in torture and indignity.

This brave boy, however, never gave up hope. On one occasion, he managed to escape and reached the local police station. He told the police about how the factory owner had shackled him into slavery. But he was brought back by the custodians of law to the factory owner for a petty bribe.

This worsened Masih’s predicament. The factory owners became more ruthless than ever because of his insubordination. He and the other children were chained to keep them from escaping.

Humanity should shudder at the thought of a child being subjected to such treatment.

One day, Masih learnt that the Supreme Court of Pakistan had banned child labour. Hope resurfaced, and he escaped again.

Masih joined the Bonded Labour Liberation Front (BLLF). His story reached the ears of Ehsan Ullah Khan, Chairman of BLLF, who directed his efforts towards freeing Masih from bondage, and mercifully succeeded.

Masih made it his mission to raise awareness about child slavery. He toured various cities of Pakistan where child slavery is known to exist. He also travelled internationally inviting masses to stand with him against child labour. He resumed his education and managed to complete four years of education in a two-year period.

“Children should have pens in their hands, not tools.”

Masih’s murder was called an accident but many still believe that he was shot by the agents of the carpet industry. They may have killed him but his mission will always stay alive. He remains to be an inspiration for numerous local and international organisations fighting against child labour.

His sacrifice has not gone in vain, because today, you and I will talk about the harrowing facts of Pakistan’s child labour industry.

Pakistan still has the third largest child force in the world.

Twelve million children are forced into bonded labour in various forms. Don’t let your eyes glaze over this as just another statistic. Take a moment to come to terms with the enormity of the injustice that we have strangled our youth with.

The highest number of children (ages 10-14) are associated with different forms of agricultural labour that contribute to a quarter of the total GDP.

Provincial governments have failed to pass any legislation for a minimum working age. The federal government has set the federal minimum age for hazardous work but it falls short of international standards. Trade unions seem to be the only force that forms the bulwark against child labour.

The government should prioritise the implementation of child labour laws with a clear establishment of the minimum working age. How many more young children have to die for this to command the attention of the entire nation?

Moreover, measures should be taken to provide education to the children who have been affected by forced labour. To this day, education remains to be the most ignored element in government agendas.

Nelson Mandela emphasised the importance of education in his famous words:

“Education is the most powerful weapon which you can use to change the world.”

These words should be emblazoned on the minds of our policymakers.

Our society can no longer bear the moral burden of fostering this evil practice. All of us have to recognise our part in its continued existence. Our indifference has led us to this juncture in time. The millions of childhoods that have been traded in for industrial, agricultural and domestic tools need to be reclaimed.

Allow yourself to empathise with Iqbal Masih. Look at his smile. Look at the glint in his eye, and feel his excitement for life. Understand that there are certain agents out there who have extinguished his light for money, profit, greed.

Does your heart fall to the depths of your chest? Do your eyes sting with liquid anger? Have your hands clenched into mighty fists?

Don’t let indifference swallow you up again. Think of Iqbal Masih, and do something.

The author is a British Pakistani, interested in Human Rights. He is an aspirant writer studying in Germnay and presently working for UN at Istanbul Regional Hub, Turkey.