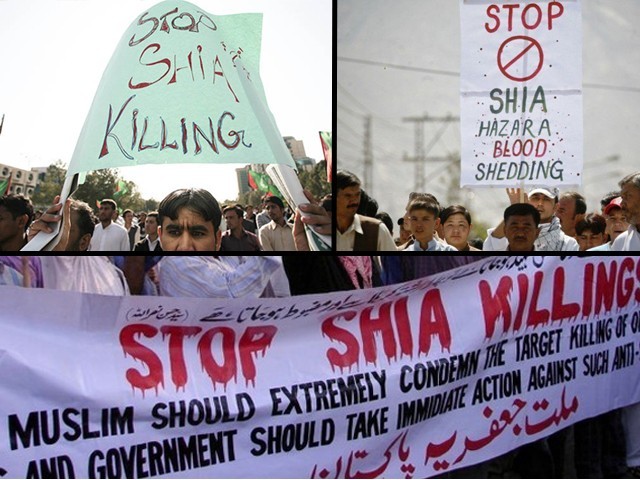 Here the hardliners have never been voted in power through the ballot box. It has an independent media and relatively loose censorship standards. Radical Islam as a mode of life is still largely absent from the overall lifestyle of the Pakistanis as the country by no stretch of imagination is following the trajectory of Iran. It does not have a charismatic cultish religious leader like Khomeini and the public mood despite being conservative is hardly appreciative of the hard line version of Islam when it comes to the ballot box.

Anyone coming from abroad for the first time is generally bewildered at the contrast between what s/he actually sees and the ultra-conservative picture often portrayed in the western media. At the same time, it is a country witnessing almost daily religiously inspired acts of extremism. Hardly a week passes without some major incidence. In pockets there are visible signs of social dominance of hard line Islam also. Moreover, the controversial Islamic laws remain firmly entrenched in the legal framework and no party can dare to touch them no matter how popular it is.

It is a strange country which, despite having violent version of radical Islam as the top most problem, still does not have a thoroughly radicalised population. This apparent contradiction, in my opinion, owes to the way religion has been promoted by the state. The purpose was to not to radicalise the entire population but to somehow or the other propel religious identity into a dominant identity by relegating the ethnic identities.

A lot has been written about political Islam and how the so-called establishment has fused it with the matters of state. In my opinion, the use of Islam and its fusion with the law and its subsequent dominant presence in the educational curriculum has not been done to radicalise the population, but to somehow or the other make the obvious commonality dominant in such a way that ethnic identities are relegated. The idea was to create what is known as civic nationalism.

Civic nationalism does not have ethnicity as its prime determinant but rather tries to subdue the ethnic identities and cultivate allegiance to the ‘country’ instead. Failure to do it effectively may result in the breakup of the state.

Any country which at the time of its existence is multi-ethnic would try to cultivate civic nationalism and would exert efforts to manipulate identity in such a way that people would prefer to identify themselves first as nationals and then as members of a particular ethnic group. Theoretically, and for that matter even ethically, there is nothing wrong with this concept. Civic nationalism, if correctly cultivated, would address grievances and prevent discrimination on the basis of any ethnicity from emerging. Complications start emerging when you try to cultivate civic nationalism in the wrong manner.

In my opinion, Pakistan’s present ethnic strife lies in the way we have tried to cultivate civic nationalism. Instead of integrating diverse ethnic groups in a proper manner, we have tried to whip up the only common factor, Islam, and supplemented it with coercive tactics whenever any ethnicity has raised its voice.

Now this kind of tactic may work when exclusion or discrimination is being conducted or perceived to be conducted on the basis of that common factor. The Pakistan movement was successful mainly because in pre-partition times, it was perceived that Muslims are being relegated due to their faith and thus the identity based on faith superseded ethnic and linguistic identities and Muslims across the subcontinent were able to unite in the 1940s.

Once the country came into existence, this factor lost its rallying prowess. In a Muslim majority country which has sub sects and is also characterised by various ethnicities and languages, religion cannot be a truly gluing force. Commonality of religion (that too is dubious because in Pakistan we have sectarian rifts also) in the post-partition times could not prove effective for the cultivation of civic nationalism.

However, instead of understanding this crucial difference between the Pakistan movement and post-Partition times, our political leadership and establishment have always looked towards political as well as strategic usage of Islam to act as one of the unifying forces. The consequences have been devastating as this approach, though not radicalising the entire population, has created pockets of extremists. Moreover, the religion has assumed a kind of reverence that despite the fact that a majority of the population remains moderate, any religion-inspired law does not face any potent opposition.

This has actually made the clergy much more powerful than what the electoral results suggest. Diverse ethnic groups may associate themselves with a federation due to some common factor in the beginning but in the longer run they will associate with the federation, if they are convinced that they are getting a right mix of economic advantages and political autonomy. It has to be remembered that identity based on language and race may become dormant at times but it does not simply disappear. Whereas it is desirable that people should identify themselves with the ‘country’ at the same time it is not possible that their ethnic identities will simply vanish.

Pakistan lost its eastern wing (now Bangladesh) in 1971 due to ethnic grievances of the Bengali population residing there. After the East Pakistan debacle, instead of realising the true essence of the issue, which was autonomy on ethnic lines, and giving greater economic share, our political leadership as well as establishment assumed that the rest of the West Pakistan could be kept intact through continuing centralisation and cultivating an identity based on fusion of Islam and Pakistani nationalism. It was assumed that Islam would somehow or the other ‘replace’ or at least be able relegate the ethnic identities. It was that defeat which actually spurred serious efforts towards strategic use of political Islam.

The political leadership (mainly Prime Minister Zulfikar Ali Bhutto in 1970s) in its eventual aim of keeping the country ‘intact’ started to aggressively cultivate Islamic brand of Pakistani nationalism. After Bhutto, Zia’s (the military dictator who deposed Bhutto) government further accelerated the drive and introduced draconian laws such as Pakistan Penal Code 295 C, which made blasphemy an act punishable by death.

The entire educational curriculum was also changed and made Islamic, and Pakistan studies compulsory. Both the subjects were and still are taught in a total biased and uncritical manner. The changes in educational curriculum have primarily been effective with urban middleclass, which by and large has become more conservative. This class may not have become radicalised but at the same time has begun more and more to identify itself with the state-cultivated image of Islam. But even here, despite increasing religiosity, the state was not able to successfully subdue sub-state ethnicities.

The governments did not try to address the real reasons behind ethnic rifts and consequently it is hardly surprising that although religious extremism in the country has increased, so has ethnic strife. Fusion of religion with the matters of state and that too in a country where there are no liberal traditions of rational discourse on religion, would only lead to further intensification of religious extremism.

In the absence of any such tradition, any Shariah law once in place would be almost impossible to repeal. And they have proven impossible to repeal. All efforts to repeal any of the controversial laws (apart from Hudood Ordinance which was only partially repealed in 2006) have not gone beyond some newspaper statements which too were subsequently retracted.

Of course, even if the state had not instilled these laws, the changes it made in the educational sphere to promote extraordinary reverence for religion would have still done substantial damage to the culture of tolerance in Pakistan. But the laws brought in the state’s coercive power into play and consequently bigotry and religious inspired extremism has been institutionalised.

The strategic use of political Islam to tackle ethnicity and also to gain other advantages continued into the 1990s and the Taliban were created. Apart from creating so-called strategic depth, another rationale for promotion of the Taliban was to tackle the issue of Pukhtun nationalism. It was assumed that a radical Islamic force with its presence in both Afghanistan and Pakistan would stifle Pukhtun nationalism also. Needless to say that today, we are paying a heavy price for that blunder.

Instead of unity the political use of Islam has sown extremism and sectarian violence. One has to understand that religion too is not homogeneously interpreted and once you try to unite through religion, this fact becomes a chief obstacle as you have to decide which interpretation to use. You cannot use multiple interpretations at the same time and using one version of Islam generally leads to sectarian rift which precisely what has happened in Pakistan.

Moreover, it has further intensified religious bigotry against minorities. In the past few years, we have seen attacks against Sufi shrines, Shias, Ahmadis and Christians. Moreover, draconian laws are still in place and in fact repealing them will perhaps increase violence because of resistance of the religious clergy who have become just too powerful because of active promotion by the state in the past.

The state as well as the educated of this country has to realise that we cannot suffer more of these blunders. Ethnic rifts can only be tackled through greater autonomy and fairer economic distribution. An ethnicity will prefer to call itself a Pakistani first only if it does not feel excluded. A state that excludes sows the seed of its nemesis. You will create 10 other problems if you think that religion can somehow or the other unify.