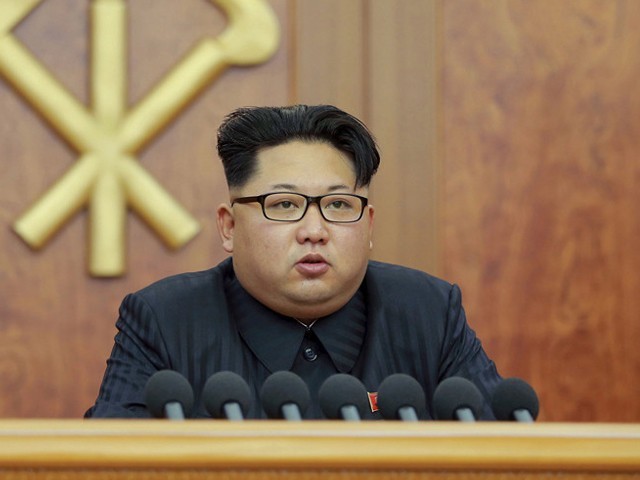 Now the text of a second resolution is under discussion that would contain the measures that would be taken by the world community against North Korea. PHOTO: REUTERS

Whether the North Korean nuclear test was that of a Hydrogen bomb or was ‘just’ a conventional nuclear test is not the main issue. The fact is that nuclear tests that pose a significant danger to the world have been made. South Korea registered seismic tremors of 5.1 on the Richter scale. That information enough should have us worried.

Neither South Korea nor China – as almost the only allies of North Korea in the world – were informed about this beforehand. Both the nations are visibly shocked.

China, which has a permanent seat in the United Nations Security Council (UNSC), fully agreed with the resolution condemning the tests that was adopted earlier today by the hurriedly staged meeting of the UNSC. This is a rare case of unanimity, and it means that North Korea is losing its only supporter.

Now the content of a second resolution is under discussion that would contain the measures that would be taken by the world community against North Korea. It is not clear what other measures could be taken other than more sanctions. But sanctions have never prevented North Korea from going ahead with nuclear development. In fact, sanctions have not really deterred any country from obtaining nuclear arsenal. Pakistan is a prime example of that.

Sanctions are not felt by state governments. The burden of it all is experienced by the common man. In Iran, thousands of children had been dying for years because of the sanctions imposed on the import of medication. That is why the UNSC should save its breath and stop its facade of yielding real power.

Have the UNSC resolutions ever done any good? In Kashmir, Palestine or elsewhere?

We live in a world where military might is everything. War and violence are an acknowledged means of politics. Just look at what Saudi Arabia is doing to Yemen and what the US has been doing to Iraq and Afghanistan for decades.

The victors of the wars are the rulers dominating the post-war political balance. The US was the first country to make use of nuclear weapons in Hiroshima in 1945 at a time when World War II was nearing its end and there was no need for further destruction. It established the US as the superpower in the world.

Then the Soviets had to bring their own bomb.

And a nuclear arms race began.

Since the 70s, both India and Pakistan have joined the club of nuclear powers without asking anybody for permission. After Partition, when India had acquired nuclear capabilities, Pakistan focused all its energies into creating a bomb to match its military strength. Prime Minister Zulfikar Ali Bhutto told the nation that they would end up making one, even if they had to survive on grass.

There is an acute problem with this nuclear race – nobody really wins.

The minute one country manages to make a weapon that is slightly more advanced, the rest of the world sprints to acquire the same thing.

No one stops to think that nuclear weapons are dangerous and can annihilate the world in one go. The spread of nuclear poisoning after a bomb drops will transgress political borders; wind will transport the nuclear cloud over the sea and rain will wash it out from the clouds and poison the soil thousands of kilometres away from where the bomb was dropped.

Whoever doesn’t die immediately will die after prolonged misery.

Whoever lives will have deformed children and will end up consuming poisoned food grown on poisoned soil.

It is also an illusion that nuclear weapons can be stored absolutely safely. They are made and kept by humans and humans are prone to error. The meltdown of the Fukushima Daiichi nuclear plant, in Japan in 2011, lead to the complete annihilation of a town that was home to 7,800 people.

What’s scary is how this technology can be downloaded from the internet. All you need is a good search engine.

Furthermore, who is entitled to decide who is allowed to have a bomb and who isn’t? Why Israel, but not Iran?

The only way to prevent nuclear disaster is to decide that nobody should have nuclear weapons and to implement this decision.

There can’t be a world of two classes of countries – those who are ‘advanced’ or ‘mature’ enough to have them and those like Pakistan and North Korea who are considered less ‘mature’ or ‘rogue’. The argument that North Korea (or Pakistan for that matter) cannot ‘afford’ it because of the poverty of all or a large part of the population is wrong. There is poverty even in Germany and the US!

Why should economic development that is biasedly aided by the World Bank, International Monetary Fund and World Trade Organisation entitle the West to have weapons?

So far, only the US has ever used the bomb ruthlessly without any real need. Why are only some countries like North Korea not allowed to have nuclear weapons?

The only fair option is to ban all such weapons for everybody equally.