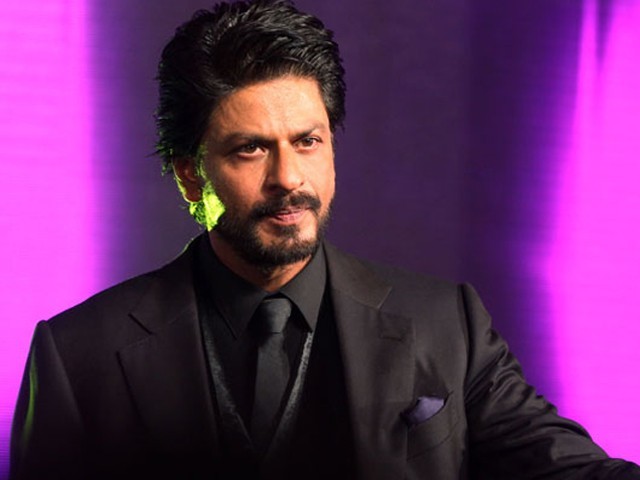 The longer you keep wine, the better it ages, becoming premium in value. However, when you age beer for too long, it goes bad. You don’t have to be a genius to figure out which direction Bollywood badshaah Shah Rukh Khan is heading.

From 1992-2007, SRK had absolutely everything. He gave Bollywood one blockbuster after another. The evergreen Dilwale Dulhania Le Jayenge (DDLJ) ran for a record 1,000 weeks as SRK emerged as the undisputed ‘King of Romance’.

He was every director’s delight. From 1993 to present date, the father-son duo of the late Yash Chopra and current Yash Raj chief Aditya Chopra have only directed SRK. From 1986 to 2003, Aziz Mirza directed only SRK in all his TV serials and films.

Farah Khan as a director is nothing without him. Rohit Shetty dumped his highly lucrative partnership with Ajay Devgan for him. Even Vidhu Vinod Chopra and Raju Hirani first approached SRK for both Munnabhai and Rancho (3 Idiots).

He was also an innovator par excellence. He had the guts to play the villainous trilogy (Baazigar in 1993, Darr in 1993 and Anjaam in 1994) early on in his career and would think nothing of dying regularly on screen.

He experimented with the grand Asoka (2001), remade Devdas (2002) with great commercial success and also tried different things with Ashutosh Gowarikar (Swades  in 2004) and Amol Palekar (Paheli  in 2005).

He remade the Amitabh Bachchan 1978 classic Don in 2006 and got away with it as many found the second half of SRK’s film better than the original.

SRK probably peaked with Chak De! India in 2007. He was totally out of his comfort zone. No romance. No heroine. No dancing in Switzerland. No scope for hamming – a solid movie with a radically different role.

SRK pulled it off and struck gold at the box office too. Everyone thought he would consolidate and go from strength to strength. But when you are at the absolute top, there is only one way and that is down.

While SRK definitely gave hits between 2008 and 2015, he has had more misses.

In Om Shanti Om (2007) and Billu (2009), he practically played himself (how original!). In Rab Ne Bana Di Jodi (2008) and Jab Tak Hai Jaan (2012), he went back to his mindless romances and got more bad reviews than good. In fact, Jab Tak Hai Jaan came in the Twitter age and became the butt of jokes and memes.

He had an extended role in Dulha Mil Gaya (2010) that ended in a Grade 1 disaster at the box office. My Name Is Khan (2010) actually lost money for certain distributors. Ra.One (2011) could compete for his worst film and one of the weakest science fiction films of all time.

Don 2 (2011) didn’t recreate the magic of the first film – this at a time when sequels end up making much more money. That’s why Don 3 keeps getting postponed though it has not been outright scrapped yet.

Chennai Express (2013) and Happy New Year (2014) were totally mindless films but the box office just about saved SRK. However, trade analysts pointed out that SRK charges such a high premium that most of his films from 2008 onwards have made profits, but have been rank under-earners when compared to the other Khans.

In fact, for the first time in ages, SRK finds his name missing from the list of the top five top grossers:

Salman Khan realised what his core competency was and has supersized it. In the 2010s, his blockbusters outweigh his misses.

And now let’s come to Dilwale. One trade analyst has called it the greatest disaster of all time! How can a movie which has a worldwide gross of Rs300 crore be called that? Simple. It’s the film distributors, stupid!

(As it is, all Khan films make a profit for the Khans even before they are released. It is all others who are on the tenterhooks.)While it’s still early, the amount of money that distributors all across India will lose combined could be in the range of Rs50-60 crores and that’s a brand new record for Bollywood.

Twitter is full of Dilwale disaster stories of distributors absconding, suffering heart attacks and newbies having their life savings wiped out. One multiplex claimed to have sold two tickets in an entire day. Some folks of Twitter had put booking site screenshots of half-empty cinema halls on the opening weekend itself! The ultimate insult was that rival Bajirao Mastani has been declared a blockbuster and something that has totally thrashed Dilwale.

The thing is that Dilwale is not a one-off movie as has been discussed above. If Chak De! India had capped a brilliant 15 years for SRK, Dilwale has merely bombed after a mediocre eight years.

Their last two movies (My Name Is Khan and Dilwale) have lost money for the distributors.

The Filmfare Awards also reflect this slide. From 1992-2007, SRK won seven Filmfare Awards for Best Actor along with one for Best Villain and a few critics’ awards. Between 2008 and 2015, he has won just one Filmfare award!

Earlier, SRK used to stay away from controversies, but now he is falling into one after the other – the Wankhede Stadium brawl, the Shirish Kunder slap, the Farah Khan split, airport checks, link-ups with Priyanka Chopra, et al.

The intolerance remark was merely his latest and may have severely affected Dilwale’s box office collections.

By 1997, Amitabh had milked his brand dry and after Mrityudaata, one prominent headline declared him dead. While you may argue that Amitabh is still alive and kicking in 2016 and that was way off mark, the headline was in a way right.

At that time, you could see the wrinkles on Bachchan’s face and it was humiliating for a fan to see him attempt to play someone 20 years younger. That Bachchan avatar did indeed die.

In 2000, he was reborn as a grand and graceful old man with a salt and pepper look on the TV show Kaun Banega Crorepati. It is that avatar which is flourishing till this present-day.

Dilwale is SRK’s Mrityudaata. By 2015, SRK too has milked his brand dry and you cringe when you see this haggard face trying to play someone 20 years younger than himself, a royal romantic hero that he once was in an era far, far away.

Here’s a little confession: I was a diehard SRK fan from 1992 to 2007, but I have felt disconnected with him after that. Here’s a wish that he too (like Bachchan) will reinvent himself and stay relevant in the decades to come.

The author is a Bengaluru-based journalist. He has worked for the Hindustan Times newspaper and website, CyberMedia, the Centre for Science & Environment and IT market research firm IDC India. He blogs at sunilrajguru.com/. He tweets as @sunilrajguru (twitter.com/sunilrajguru)