If my father dies, I will hold Islamabad’s Shifa International responsible for his death 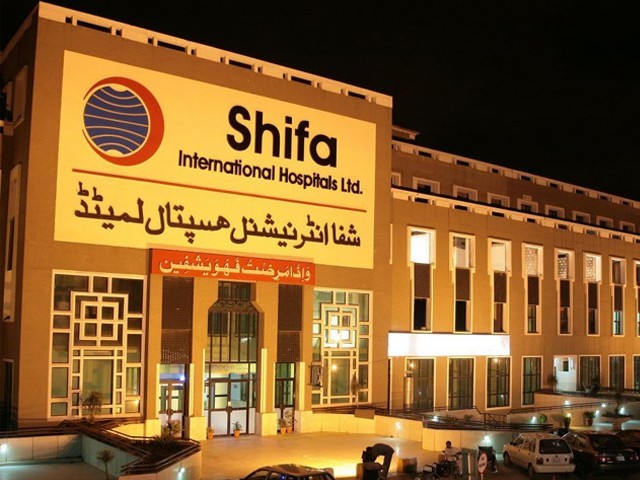 The nursing staff was irritable throughout the evening and no one came to check the pulse or other vitals of my visibly emaciated father. PHOTO: SHIFA INTERNATIONAL HOSPITAL FACEBOOK PAGE

As I write this, my father is fighting for his life, unconscious with a ventilator pumping oxygen into his frail body from a makeshift tank in the surgical step-down of supposedly one of the best health facilities in this unfortunate country, the Shifa International Hospital of Islamabad.

But my father was not like this a couple of days ago.

He came to this hospital expecting humanity, civility, hospitality, professionalism and some refined attitude. None of his expectations were met and instead he nearly lost his life. As his bed was being darted into the ICU, he was unconscious and heartbroken. He had been let-down so badly.

Perhaps it wasn’t just him. Perhaps many others came to this facility, only to end up paying through their noses for insults, carelessness and outright disgrace in this formerly great institution.

My father came to Shifa after he suffered a stroke. The effects on his brain temporarily incapacitated his food intake ducts and impaired the natural functioning of his bladder. Hence he got a so-called peg penetrated straight into his stomach and a catheter inserted into his bladder for passage of urine.

The catheter was so unprofessionally inserted that he suffered multiple, profuse bleedings. During one of such emergencies, we had to rush him back to the emergency room at Shifa International. When the bleeding stopped, the nursing staff refused to wipe the blood off his sick body and wanted us, his family, to do that. After a heated exchange, they finally agreed to do us the ‘favour’ followed duly by a rather ‘international’ financial transaction with the billing department of the hospital.

During another rush to the hospital for yet another bleeding because of the catheter, the nursing staff was extremely rude, if not outright insulting. One nurse snapped,

His colleague muttered a ‘sorry’ behind him.

When discharged and declared ‘good to go’, the male nurse told us that since he was too tired to change the patient back into his home dress, we should simply take him out into the chill of a 6am Islamabad morning in the white, knee-high, two-piece hospital gown.

A written complaint – euphemistically called ‘feedback’ by the hospital – was promptly filled and submitted about the whole episode. However, the ‘international’ facility is yet to get back to us on our ‘feedback’.

At around midnight on December 29th, when my father was in the care of the Urology Department of the hospital for yet another catheter complication, the nursing staff nearly killed him. They were irritable throughout the evening and no one came to check the pulse or other vitals of my visibly emaciated father. When we yelled for help and someone hesitantly came to the rescue, he had already passed out and was nearing a fatal level of consciousness. After some frantic chest presses, he was rushed to the ICU and finally put on a ventilator.

There he lies now fighting for his life – a life that would have been a happy, cheerful one if the Shifa International staff had professionally discussed the side effects of the sedatives that were given to him, if the Urology department had more than the only one ventilator and if the nursing staff had stayed alert and kept an eye on the vitals of a severely ill patient.

We are submitting another ‘feedback’, but deep down, we know they will not bother. I don’t exactly know how to furnish all the technical arguments proving that my father is nearly dead because of the callous and unprofessional bunch that peoples this hospital. My story will be one of a happy, healthy life that was brought down by disgustingly inhuman and professionally criminal attitudes.

If he dies, I will hold Shifa International responsible and I will never forgive them.

Sumaira Niazi is a recent graduate of English Linguistics and Literature from National University of Modern Languages. She currently works for herself.