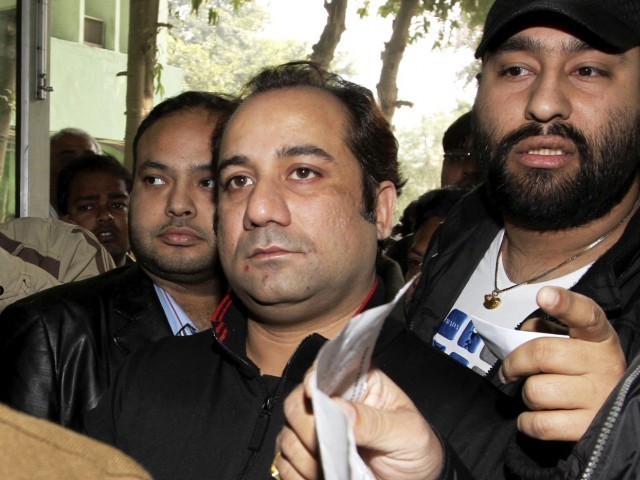 Ustad Rahat Fateh Ali Khan (RFAK) is by far my favourite singer mainly because his bewitching and melodious voice keeps me under a spell whenever I listen to him. The man is surely gifted and there is definitely some magic in his voice which keeps one enchanted. Just recently, a Pakistani friend introduced me to yet another masterpiece of the legendary singer, Tere Bina Jeena Nahi Ve Soniya from the Pakistani movie Bin Roye, which yet again proved that RFAK has reserved his best for his own country. Notably, the song is my phone’s ringtones, adding to my never-ending list of his classic opuses on my phone.

I am not the only fan though, there are millions of Indians who, I believe, feel the same about RFAK. The amount of love he receives during his visits to India is testament to that.

Therefore, I was shocked and deeply hurt to know that RFAK was denied entry to and deported from Hyderabad on Thursday morning where he was invited to perform at a New Year’s Eve event at Taj Falaknuma Palace. RFAK’s deportation was attributed to ‘technical flaws’ in his travel papers by immigration officials as according to ‘rules’, Pakistani nationals cannot enter India through Hyderabad; the legal ports of entry by air are Delhi, Mumbai, Kolkata and Chennai.

So RFAK was first deported to Abu Dhabi from where he took a flight to Delhi on Thursday evening. In order to ensure he did not miss the event, he at once boarded a chartered flight to Hyderabad from the national capital. Phew!

Was it necessary to subject the noted Pakistani singer to such a shabby treatment?

This comes days after Prime Minister (PM) Narendra Modi’s surprise stopover in Lahore. We are told while having his breakfast in Kabul, Modi had a sudden brainstorm of setting his foot for the first time on the soil of Pakistan. He immediately expressed his desire in this regard with his Pakistani counterpart who pulled out all the stops to welcome the Indian premier in his country. In this manner, Modi’s tour de force was made possible with Pakistan allowing 120 Indians in their country on a very short notice. A TV reporter in Lahore was dumbfounded that this happened. “Tauba Tauba”, he repeated multiple times.

Now imagine what would have been our reaction if Pakistanis had insisted on following ‘rules’ and denied entry to Indians on ‘technical grounds’. All hell would have broken loose (duh), even though trust and respect is a two-way process.

During his meeting with Nawaz Sharif in Lahore, Modi reportedly asked him,

“Why can’t we be like leaders in Europe, who meet each other for casual get-togethers and chats?”

That was a nice thing to say PM Modi, but can we first cleanse our hearts?

For, if we kept subjecting eminent Pakistani singers and artists to the kind of treatment meted out to RFAK and Ghulam Ali – whose shows have been cancelled of late owing to threats from Shiv Sena – how would this become a reality? The leaders can meet whenever and wherever they want, but what about the common man who does not enjoy this luxury? If Pakistanis can bend the rules for Indians, why can’t we reciprocate their gestures?

RFAK is not a terrorist and gunrunner. He is a great artist and artists know no boundaries. Truculent bureaucrats, who have their own axe to grind, must not be allowed to sabotage people to people relations between India and Pakistan.

Merely blabbering that our countries should be reunited is not enough. What we truly need is the reunification of the hearts that have been torn apart. The people who once lived cheek-by-jowl should be allowed to meet and visit each other’s countries without any unwarranted bureaucratic hindrance and inconvenience.