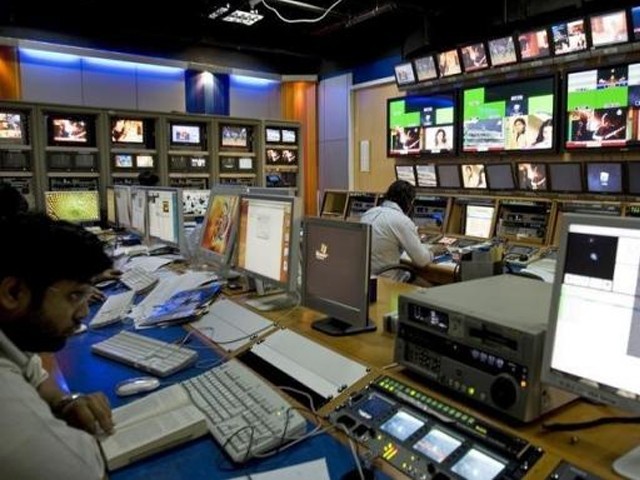 The media takes a lot of flak across the world when it gets something wrong. In the fast paced world, with the events and happenings toppling over each other due to speed, mistakes do happen. These mistakes sometimes evoke guffaws and get stacked into the category of bloopers, but at other times, they evoke horror and outrage that is difficult to live down.

When the media was restricted to print, it was easy to cover tracks by printing a corrigendum. Sometimes it was self-generated, at others due to protests lodged by the offended party or the mistake being pointed out by the readers.

Electronic media, radio and television, did not really allow itself to be so responsive unless the blooper went into the realm of libel and needed a retraction to avoid legal consequences. Needless to say that this too is a game of the powerful against the less powerful or the powerless. The apology or retraction only comes in the event of retribution, hardly ever due to moral consideration of admitting a wrong.

But other than factual errors, there are some other ‘rights’ and ‘wrongs’ of the media which are far more subjective. There is a feeling of entitlement that makes one group feel slighted or ignored at the expense of the other. With the raging conflicts in the world, those fighting it want their tales of valour to take precedence.

However, the ideological divide between the good guys and bad guys makes the media takes side, willingly or under threat, and that in itself makes it on the side of right and wrong, whichever way you look at it.

This is especially so when a dominant narrative sort of totally drowns out the voices without the clout, of the victims, of those who want to question that narrative. That is when those perusing a rights based agenda take up the cudgels and hold up a mirror to the media on being on the ‘wrong’ side of issues like health, education, justice, conflict resolution, and other development related matters.

Since the media itself does not usually open itself for inspection, and there are few avenues for its consumers to be responsive, social media now serves as a parallel medium, which makes it difficult to live down mistakes. Also, because there is very little oversight on the social media platforms, concocted, photoshopped, and downright ‘wrongs’ content does the rounds pretty quickly before someone can deconstruct and demystify the truth or otherwise behind it.

2015, for many reasons, good and bad, was a year of happenings, fast paced, and overwhelming, and the media got wrong footed on so many occasions.

Just a cursory glance at the events at home and abroad can give you a sampler of the way things were. The race to be the first of capture the interest and eyeballs left many with egg on face.

This may have earned laughs, but another event started unfolding which caught the media unawares, and it was left fumbling as to the right and wrong side of it, the turmoil in Yemen. Was it political? Was it sectarian? Both? Who is doing what to whom?

In the ensuing confusion, which the media at times ended up exacerbating, spilled onto national policy responses. This continues to date, with the earlier blurry lines in the sand becoming more visible.

Fast forward to one of the most momentous events in April when Iran and US finally decide to wind down their belligerent rhetoric through reaching of the nuclear accord. Again we saw a spate of conspiracy theories in the media, where some were poking tongue out and thumbing nose at the US and going ra ra ra for Iran. The jury is still out whether the media got this right.

Then who can forget the terrible tragedy in Mina? Mainstream and social media was flooded with all sorts of reasons; unmindful of the effect they were having on the people. The blame game ensued, which was understandable as a reaction to the tragedy, but in Pakistan, it took reached level where even criticism in the media was asked to hold its horses by the regulator, (Pakistan Electronic Media Regulatory Authority) PEMRA.

Also, when does one live down the local media putting up a circus on Tanweer Zamani and for further titillation, Ayyan Ali. Sometimes, of course, media is in a ‘damned if you do, damned if you don’t’ position. When it tries to be sensitive it is shouted down.

Case in point is wearing of the school uniform by a couple of news anchors to show solidarity on the Army Public School Peshawar massacre anniversary. Most found the visual offensive, but was the intent also to offend? I don’t think so.

So beyond the bloopers, and the very set agendas which make the media take sides, mistakes are also in the eye of the beholder. As long as the intent to offend is not deliberate, there are no mistakes that cannot be rectified.