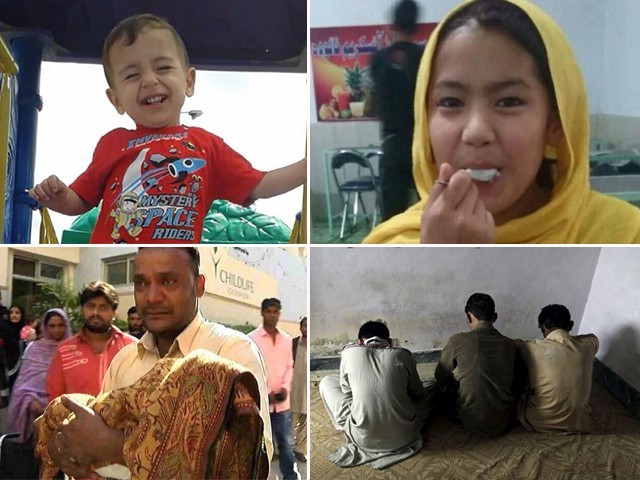 I pray to you and ask you that in the year 2050, can you please stop them from hurting children?

“Hmmm?” my father asked from behind the newspaper he was reading.

I knew he wasn’t listening.

“A beheading.” I repeated.

Baba hastily put the paper down and looked at me.

“Where did you hear that word?” he asked incredulously.

“In the news. ‘Beheading of a girl in Afghanistan’. She was in my class, I mean, the same class as me. Class three.”

“Mahnoor, I’ve told you to change the channel when such news appears, haven’t I?” Baba asked sternly.

His face looked strange. He looked angry yet worried at the same time.

“It wasn’t on TV Baba. It was on Facebook. I read the headline but I didn’t click the link as you’ve told me to never click on such links. What does beheading mean, Baba?”

Baba scratched his beard as he thought.

“It’s a form of punishment,” Baba finally managed to say.

“What was she punished for? Did she do something wrong?”

Baba sighed and shook his head.

“She didn’t do anything wrong, Mano. Nothing at all. She was just born in the wrong place, with terrible people.”

“She was beheaded for being born?”

“In a manner of speaking, yes. The community she belongs to has been a victim of such violence since a very long time. Mano, why don’t you go do your homework now?”

I could tell Baba no longer wanted to talk about it.

“Can I write about her in my essay Baba?”

“We have to write an essay about how we think the year 2050 will be like.”

“You can if you want to, Mano,” said Baba with a sad smile.

I quickly Googled the meaning of beheading as I pretended to switch off the laptop. I felt squeamish at what Google showed me:

cut off the head of (someone), typically as a form of execution.”

In my room, I opened my notebook and thought about what 2050 would be like. But all I could think about was what I wanted 2050 to not be like. I sharpened my pencil and wrote:

I have heard adults say 2015 has been a horrible year with many bad people doing bad things. Most of these bad things affect children, I’ve heard. I have also read some very scary things Allah. Baba says I shouldn’t listen to the news and read these posts on Facebook but I can’t help it. (I’m sorry about that Allah.) Things are quite bad, I read we can’t visit Disneyland because we are Muslim. But that’s not important…

In the year 2050, Allah Mian, I wish there are no terrorists. Last year in December, when it was 2014, something terrible happened. Terrorists entered a school in my country and shot kids, around my age. It was a very sad day. Our school was closed for two weeks. Oh Allah, it was a scary time. Ever since then, we have drills in our school. When we’re in class, the bell rings and the teacher switches off the lights and locks the door. The bell rings again and we have to hide under our desks till the drill is over. It’s for security purposes, we’re told, in case terrorists show up to kill us.

Can you make them go away?

In the year 2050, Allah Mian, I wish there are no wars. I couldn’t sleep all night the day I saw the picture of Aylan Kurdi on Facebook. I know he is with you now Allah, I know he is in heaven, but he deserved to be here. He deserved to live to see 2050. Did you see that picture, Allah Mian? Of little Aylan curled up by the sea. Baba told me he was trying to leave his homeland with his family, because of a war that isn’t theirs. A war that has caused countless people to leave their homes and caused deaths of so many.

Can you stop these wars?

In the year 2050, Allah Mian, I wish there are no drones. I read about how big countries fire drones and air strikes on smaller countries to kill terrorists but actually end up killing normal people. Children like me and their families. This happens in my country too. Can’t the big countries come up with other ways to stop terrorists?

Can you stop them from killing my people?

In the year 2050, Allah Mian, I wish children are safe from bad people. This year, too many children were hurt by people with bad intention. Baba scolded me a lot when I asked about what happened to those kids in Kasur. Something terrible and unimaginable happened to them. To almost 400 kids.

Many such incidents have happened in 2015. Be it at the hands of terrorists, rapists, world leaders, religious scholars, politicians or family members, children have been bearing the brunt of all forms of violence, hate and negligence. Just a few weeks ago, an eight-month-old girl Bisma died in Karachi because a beloved politician’s life was way more important than hers. Did you create him to be more special than that little girl? I don’t think so, Allah Mian.

And today, I read about Shukria. A little girl in Afghanistan, from grade three, who was on her way to visit her grandmother in Pakistan, but was beheaded for being born a Hazara. I don’t know who Hazaras are, but I know she did not deserve to die. She was the smartest girl in her class, I read, and she deserved to live to see 2050.

Whenever a certain part of the world’s population is oppressed or denied of their rights, they are termed ‘children of a lesser god’. How can god be lesser? It is not you who is less Allah, it is people themselves who are less and low. We are children of lesser people, not of a lesser god.

So dear Allah Mian, I pray to you and ask you that in the year 2050, can you please stop them from hurting children? Can you do that for us, Allah Mian?