Five reasons why Mohammad Amir should be welcomed back 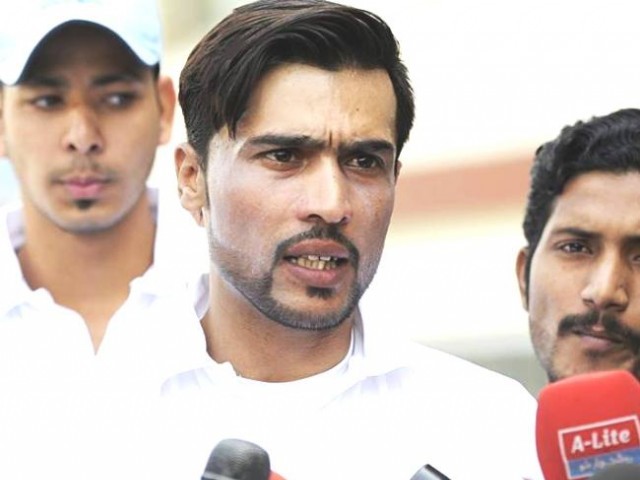 My opinion, undoubtedly, will be met with an acidic response. PHOTO: FACEBOOK - Mohammad Amir

The Lahore High Court, in response to the petition filed by Malik Munsif Awan of the Pakistan Justice Party, has announced that Mohammad Amir will be allowed to play international cricket. Naturally, many people have certain reservations about this particular proclamation.

People are still beating their chests and saying that he committed a heinous crime and brought Pakistan cricket to shame. Petitioner Awan had stressed that allowing a convict to represent Pakistan would be inappropriate. While those cries of lament are quite true, it is time for us to address the issue in a manner that is progressive instead of regressive.

It is imperative to understand that the point of the punishments that were handed out to Mohammad Amir was to teach him a lesson. Now that the lesson has been learnt, we must put down our pitchforks and move forward.

My opinion, undoubtedly, will be met with an acidic response. Therefore, I feel that it is important for me to extensively lay out my case for why Muhammad Amir’s re-instatement to international cricket should be ardently supported.

Firstly, Amir has learnt from his mistakes. We must acknowledge that.

Amir was the first out of the three that were involved in the crime to come forward and show remorse. This exhibits how his guilty conscience was weighing down on him. From a moral standpoint, he has realised the unethical nature of his actions. It appears that he was misguided by his captain, Salman Butt, and has realised his mistake.

An apology is rarely enough to appease the moralists. Therefore, punishment was meted out swiftly.

He served three months in prison, and was banned from all forms of cricket for five years.

Amir has served his designated sentence. The moralists should now rest easy.

Any further admonitions at the hand of the public or the PCB would be acutely unjust. Amir, a mere adolescent chose a cricketing career due to his passion and love for the game. When the prospects of his cricketing future were threatened, he unleashed the marvels of his potential at the Bangladesh Premier League (BPL) by taking wickets left, right and centre.

By losing five years of his prime cricketing years, he has suffered enough. Now it is time to let him redeem himself.

Secondly, Amir is one of the most talented cricketers of his generation. Holding him back any further would be criminal on our part.

His aggressive offensive at the World T20 in 2009, lead to a crucial early wicket in the very first over of the game. That first over was enough to reveal the extent of his talent.

The England tour will go down in history as the series of the spot-fixing scandal. Pakistan lost more than just wickets; it lost faith in its players and in the game.  Amir still took the ‘Man of the Series’ award for his performance. Although that award will forever be tainted by the stains of his crime, we must realise that our faith can be restored. Our fallen heroes can rise again, and our passion for the game can be washed anew. And the only one who can do that at this point in time is Mohammad Amir.

Thirdly, the fact is, I speak to the rationalists here, that Amir will strengthen our bowling line-up.

Pakistan’s ODI economy rate is horrific. And we have a severe lack of left-handed bowlers who can challenge the vast majority of right-handed batsmen. Amir’s inclusion in the line-up will give our bowling the jolt that it desperately needs.

Amir, in partnership with Wahab Riaz, would produce a left arm paced attack that Pakistan has not seen for quite some time. Coupled with Imran Khan’s talents, Anwar Ali’s unwavering energy and Mohammad Irfan’s expertise, our game would move to a whole other level.

Fourthly, Amir is in great form.

His performance at the BPL is a testament to that. He took 14 wickets in 10 games. It feels as though he has not missed a single year, let alone five.

Lastly, the World T20 is right around the corner.

If we want to have a chance at winning, we need to fortify all our vulnerabilities.

Amir can strengthen our T20 bowling with his wicket taking abilities and economical bowling.

The team needs bowlers that will consistently restrict the opposition to scores of below 150, which is something achievable for the batsmen as well. Amir’s resilience will prove to be an asset in this regard.

In conclusion, I would like to stress that Amir no longer deserves to be punished for a crime he has already paid for. The past is in the past. We have before us a unique opportunity to set things right, to reclaim our heroes and to exhibit our nation’s remarkable ability to regenerate and reconstruct its legacy.

The author is passionate about sports, mostly cricket. He is a student at Radford College in Canberra, Australia and writes for yabba.gurru. He has a blog on international cricket. He tweets as @habib_jibran (twitter.com/habib_jibran).