Don’t panic, Pakistan! Sure, we will miss Yasir Shah, but not too much 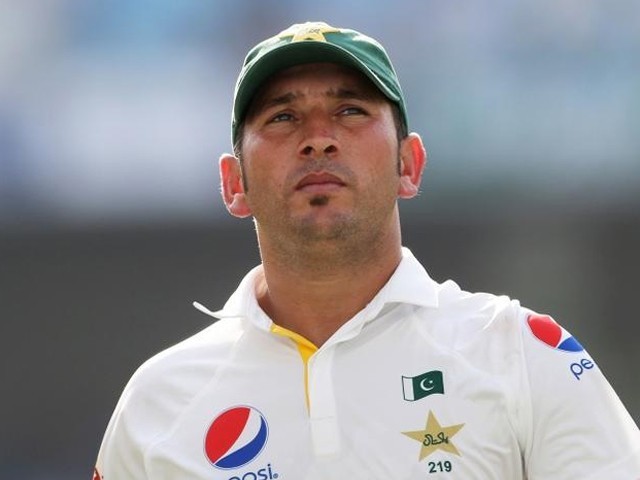 Australian leg-spinner Shane Warne ranked him as the best leg-spinner in the world, which shows he will have a big impact on the Test side. PHOTO: REUTERS

On Sunday, anyone who follows the Pakistani cricket team was left dumbfounded. Yasir Shah, our very own Messi, failed a random sampling dope test taken on November 13, 2015 after the match against England.

Yasir was found guilty of the use of banned medicine chlortalidone, which was said to be used either as a masking agent, or as a blood pressure control medicine. According to the rules, Yasir now has seven days to ask for a retest from sample B, which was also taken at the same time. If the results come negative, the entire test will be considered negative. In the event that the right-arm leg-spinner does not ask for a retest, he will have 14 days to request for a hearing before an anti-doping tribunal, where he will have to respond to the charges against him and provide an explanation as to why he used the banned substance in the first place.

As things stand now, it seems unlikely that Yasir will ask for a sample B retest, which means that some sort of ban is on the cards. Considering Yasir became an integral part of the team in the last year or so, his exile from the playing eleven will prove costly.

But the question is how costly will it be?

Well the answer will be separated in two parts. In the first part I will discuss his absence from the Test team and its impact, which will be severe to say the least, and in the second part I will refer to the impact of exile from the One-Day International (ODI) team, which won’t be that costly.

Yasir emerged from behind Saeed Ajmal’s shadow, after Ajmal was banned last year for illegal bowling action, and suddenly became the backbone of the Pakistan Test team. Yes, Pakistan did lose two of its prime assets in Ajmal and Mohammad Hafeez over the last year, but in Tests at least, Yasir exceeded our expectations from the very beginning.

From an unranked bowler just over a year ago, Yasir is currently ranked the fourth best bowler in the world, behind South African Dale Steyn, India’s Ravi Ashwin and England’s James Anderson.
As of now, he has picked 76 wickets in 12 Tests, the best by any spin bowler in his first 12 matches, at an average of 24.17.

Australian leg-spinner Shane Warne ranked him the best leg-spinner in the world, which shows he will have a big impact on the Test side.

However, his ODI record suggests that his absence will not mean the end of the world for team Pakistan, as he never looked anywhere near as threatening as he looked on the Test side. The right-arm leg spinner has picked 18 wickets in 14 innings in ODI, at an average of 36.44, with an economy of 5.20.

Against better oppositions, such as the likes of England, Sri Lanka and India on turning tracks, Yasir picked eight wickets in nine innings, at an average of over 59 and an economy of 5.57. Out of those 14 innings, Yasir remained wicket less six times. Fortunately, we have the likes of Zafar Gohar, Bilal Asif and Usama Mir, who can prove to be assets along with Imad Wasim. As far as the T20’s are concerned, Yasir just featured twice and is yet to pick up a wicket for the men in green in the shortest format of the game.

This, again, shows that his absence from the ODI format will not affect Pakistan team as such, but on the Test side, we need to come up with something and we need to do it fast.

All in all, the fact that in the 12 Tests in which Yasir featured for Pakistan, he picked 36 per cent of the total wickets taken. That in itself shows that team Pakistan will definitely feel his absence in the longest format of the game,

As far as the shorter formats are concerned, team Pakistan has a lot of work to do, be it with or without the help of Yasir.