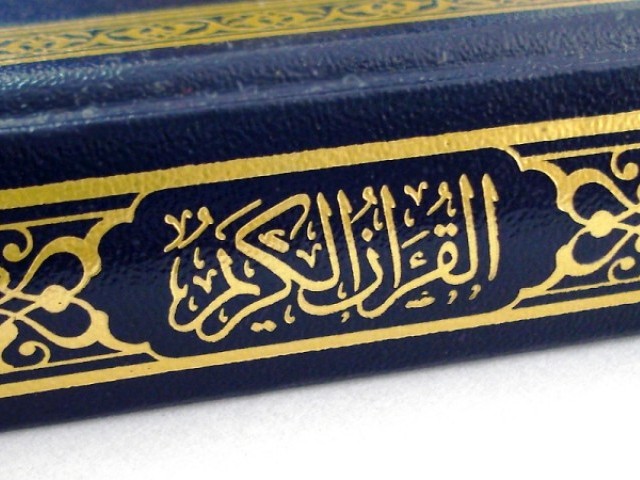 Classical schools of Islamic law are in unanimous agreement that those who commit blasphemy are to be executed or punished.

The recent case of Aasia Bibi once again thrust Pakistan into the international stage for it’s appalling record of human rights. But though many commentators have called for the repeal of the blasphemy law, I feel we are missing the bigger picture.

Calling for piecemeal legal reforms is a necessary part of incremental, pragmatic and gradualist change (tadarruj as it’s know in the classical Islamic legal traditions). However, the greater point about this case is the issue of religious freedom. It is a question of freedom of conscience and freedom of expression. On another level it is to do with religious traditions coming into conflict with modern articulations of human rights legislation, and how the State has to mediate between these deeply held traditions and the modern treaties of human rights that Pakistan is a signatory of.

The fact of the matter is that those calling for a repeal of the blasphemy law are at a severely disadvantaged position. The weight of tradition and Muslim history is set against them, since all the classical schools of Islamic law are in unanimous agreement that those who commit blasphemy by undermining and disagreeing with the central religious truths of Islam are to be executed, or punished in some way (different jurists do differ in some particular instances). Furthermore, the punishment for apostasy (if a Muslim is to convert into another faith) is also to be death. Of course, modern Muslim scholars and intellectuals will try and rationalise these juristic opinions by saying that when classical jurists spoke of ‘’blasphemy’’, or ‘’apostasy’’, what they really meant was ‘’sedition’’, ‘’undermining civic order’’, or to prevent acts of grave treason.

But be that as it may, no matter how we choose to interpret our legal heritage and history the fact remains that the majority of Muslim scholars and jurists had an impoverished and regressive view of religious freedom. That is not to say that these rulings are an intrinsic part of our faith and creed, indeed Muslim jurists in the past have issued opinions and rulings on slavery and women’s rights which would seem shocking and inexcusable to us today.

Indeed, I have talked about this issue before, this very delicate issue of religious tradition and human rights. The fact is those who are calling for a repeal of the blasphemy law have to make critical decisions. They have to undertake a process of intellectual struggle and creativity and wholeheartedly raise the call for ijtihad. Pakistani liberals, as I have said before have to enter the domain of religious interpretation to present an alternative narrative and vision for religious harmony and religious liberty which surely form the basis of a just and peaceful Islamic public order. Indeed, there are those who are undertaking this process. A noted declaration of religious freedom by many Muslim scholars, clerics and intellectuals makes it clear that religious freedom and liberty are to be guaranteed within Islam. Indeed, there is now a growing minority of Muslim intellectuals and scholars calling for a re-interpretation of religious tradition and thought to reflect the core values of our faith.

Elsewhere, the former Chief Justice and late Dr Sheikh Abdur Rahman has dealt quite admirably with the case of religious freedom in his work “Punishment Of Apostasy in Islam”, where he engages with the traditional fiqhi stance towards freedom of conscience and tolerance whilst advocating new paradigms and rulings reflecting the clear and unambiguous Quranic texts that clearly lay down the foundations for freedom of conscience and tolerance. Other Pakistani scholars such as Ghamidi, Muhammad Khalid Masud and the late Professor Rahman too have advocated similar lines of argument for change.

A change in religious interpretation and mindsets is needed. If Pakistani liberals are to try and bring meaningful change in the culture of legislation in this country they need to adopt the tone of religious liberalism:

‘’For Pakistani liberals to have a truly transformational effect, they need to speak in the religious idiom and bring to the table a rigorous and charismatic theology of liberality. It is critical to talk about the arts, Urdu literature and the humanities but not as a hope that it will act as a creative buffer against radicalisation. The real buffer against terrorism with a religious impulse is a culture of religious tolerance and pluralism borne out of a unique theology of liberality in combination with these aforementioned disciplines.’’

The issue with the blasphemy laws is part of a larger set of questions for Muslim societies today.

There is no beating around the bush, the issue with the blasphemy laws cannot just be isolated to that one law, it is part of a wider problem that Muslim societies have with modernity.

But we should also understand that all religious interpretation is situated within a particular political, economic and social context, and hence part of the drive towards religious liberalism should encompass a program for rooting out corruption, political nepotism, feudalism and tribalism. Inevitably, a harsh religious culture is reinforced by harsh economic forces and an unforgiving political culture where democracy is only restricted to the ballot box.

Pakistan is at cross-roads at the moment. The free media needs to do its job well by undertaking a critique of authority, including religious authority. The various disparate groups of civil societies, NGOs, secular liberals and religious liberals need to realise they share a common cause and need to come together more often.

Indeed, the question is no longer whether one is ‘’religious’’ or ‘’secular’’, but if one believes in a free, open, just, tolerant and equal society. Surely, people from both religious and secular backgrounds can come to an understanding that these principles are needed in Pakistan more than ever.

The fact is most of the dichotomy between ‘’religious’’ and ‘’secular’’ Pakistanis is manufactured. An example of this is a friend who argues that since Islam guarantees liberty, equality and freedom why should I become a ‘’secularist’’. The confusion hence lies in the terms of the debate, not in the substance of the debate.

The question was never whether one is ‘’secular’’ or not. But the questions are whether we believe in a democratic society which protects and upholds peoples’ rights and liberties, which looks out for the poor, and which believes in the equality of all its citizens.

The agenda for ‘’secularism’’ is empty. Secularism is simply the separation between religious institutions and the State, and I believe this is a crucial condition for being a modern nation state, but it is simply not enough. We must speak of liberty and justice rather than ‘’secularity’’.

What all sensible citizens of Pakistan can agree upon is the need for liberty and justice. The focus should be on developing an indigenous tradition of liberal thought which can foster bonds and bridges between different groups of society. The issue with the blasphemy law raises a host of critical questions for Pakistanis today, and to take a piece-meal approach to it and ignoring the ‘’big questions’’ is counterproductive.