Dear Bilawal Bhutto, with your protocol, you undermine the value of a common citizen’s life 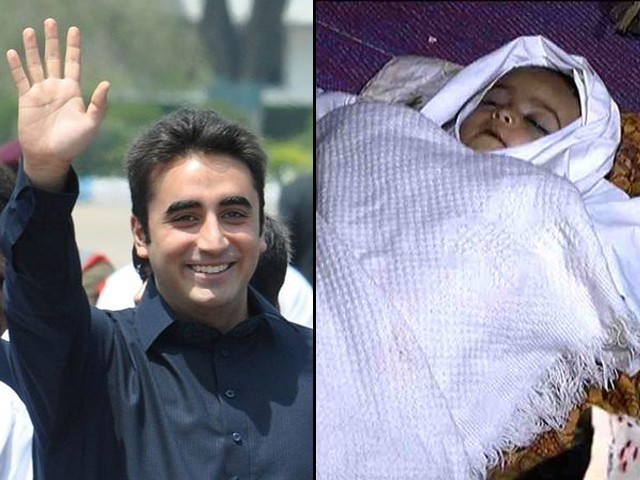 A baby girl died today as she was refused emergency treatment while you inaugurated the medical facility.

Let me start with appreciating the good work you did today. Thank you for taking out the time and inaugurating the new trauma facility at Civil Hospital. I am sure many citizens will benefit from it. And now let me address the more pressing issue. A baby girl died today as she was denied access to emergency treatment while you inaugurated the medical facility.

I may not be able to find a better and grimmer illustration of the word ‘irony’.

When you are chairman of one of the biggest political parties of Pakistan, you cannot act unaware of the difficulties your protocol causes to citizens. If you are out there to serve then do your job. You were not obliged under the law to become the Co-Chairman of Pakistan Peoples Party (PPP). You may have been under political and family pressure, but you still volunteered for the job. You kept the job and you enjoy the perks which come with it, be it festivals or jalsas, and I am sure there are a lot of pressures and scrutiny that come with it as well.

There are possible death threats as well, which you invited when you willingly signed up for the job. There is a price of glory which you are out to achieve. There is always a price to pay for such things. But the important question is that do you realise the responsibilities which come with the job? Do you realise the gravity of your ignorance, or if I may, your arrogance? Do you realise the message you are sending down to the common men and women by failing to take cognisance of obvious things?

A child died today at the gates of a hospital. No one is saying you yourself did not allow the child inside. Perhaps if the child had been brought in in front of you, you may have escorted her inside yourself. But you cannot act unaware of the circumstances which result when your security advisers order your guards to keep the public far away. Difficulties to patients was a reasonably foreseeable outcome of your protocol, given how stopping traffic and harassing citizens is the most common and inevitable outcome of every security protocol. And that is the case with every security protocol. Be it your protocol or the protocol of the prime minister of Pakistan or the protocol of the Chief of Army Staff (COAS) of Pakistan.

VIP treatment at the expense of the common men and women has become a cultural phenomenon. Walk on God’s earth with humility and don’t forget that your prime task is to serve the people with the job you have undertaken and voluntarily signed up for. Those with security protocols refuse to be patient, refuse to stand in line and refuse to follow rules. How dare any of you tell us that your time is more important than ours or your life is more precious than that of the common citizens of this country?

Perhaps if those who carry security protocols and specially their predecessors who did the same had dedicated more time to making Pakistan safe as opposed to making themselves safer, things would have been different in my country. I am not unaware of assassination attempts on politicians in the past. Quite a few have lost their lives but they signed up for the job. I have refused government and private security on various occasions, despite receiving several threats and I am not bringing that up to compare myself with you in anyway, but to make a simple point that Pakistan will not become better by making one life safe, it will become better with treating all lives equally.

The least you can do for now is open yourself to any investigation and legal proceedings arising out of this negligence and apologise to the parents of that child in person, like you should apologise to several others who have lost their kids to lack of medical facilities in Sindh during the last seven years since your party has been in power. I wish you get the glory you seek but I hope it is not at the expense of our lives.