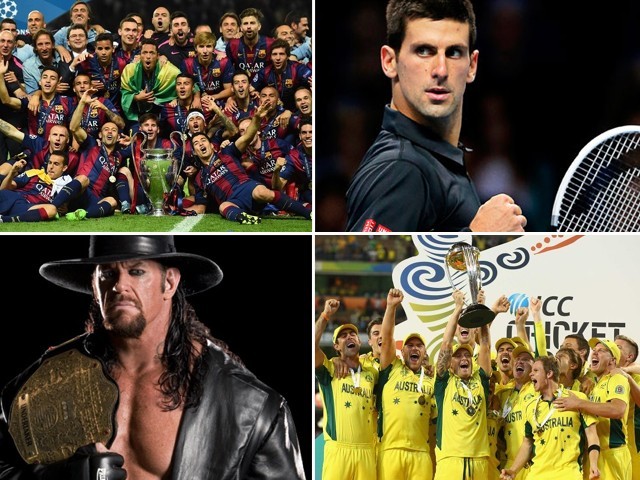 The sports fraternity has been very eventful throughout the year.

The sports fraternity has been very eventful throughout the year. The following are some of the highlights of the key occurrences worth mentioning:

1) AB de Villiers gave it all

The South African captain scored the fastest century off only 31 balls against West Indies, and eventually scored 149 runs off 44 balls. De Villiers delivered stand-out performances throughout 2015, as evidently, he managed to carry his national side to the semi-finals of Club World Cup (CWC) 2015, and also raked in the following records: fastest 50, 100 and 150 in One Day International (ODI) history, fastest player to reach 8000 runs in ODI and equalled the record of most sixes (16) in ODI, versus West Indies in Johannesburg. 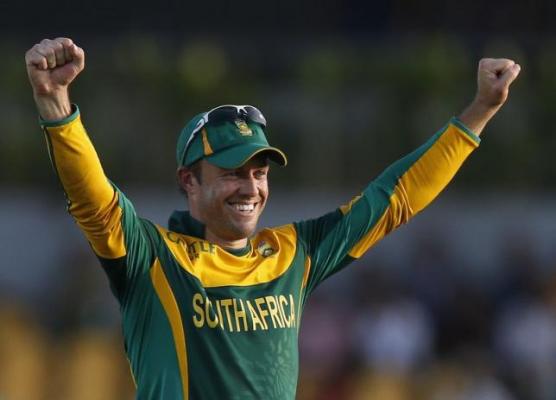 Tim Southee’s match-winning spell obliterated England when he bowled out seven off nine overs at Wellington Regional Stadium. The clueless England side lumbered for 123 runs in just 33.2 overs. There had not been a better New Zealand World Cup spell, and Southee’s magnificent record haul of 7-33 goes down as a hallmark of the same.

This tournament saw the Australian cricket team be crowned World Champions for the fifth time in history. After a memorable semi-final against former champions India, the Australians faced the inspired team of New Zealand. New Zealand’s ardent campaign against Australia came crashing down when the last seven wickets fell for just 33 runs.

After his awkward slip last season, the former Liverpool captain again faced a disconcerting moment after he stomped on Ander Herrera’s leg at the Premier League fixture against Manchester United at Anfield. Referee Martin Atkinson barely hesitated and brandished a red card. Steven Gerrard only lasted 38 seconds on the pitch in his last face-off against arch-rivals United.

Wrestlemania 31 bloomed in a series of exciting WWE superstars’ appearances and results, yet the main event between, defending WWE World Heavy Weight Champion, Brock Lesnar versus, 2015 Royal Rumble winner, Roman Reigns had all eyes focused. The main event ensued Lesnar’s victory against Reigns in a jaw-dropping face-off. Lesnar retained his title until Seth Rollins, made a shocking appearance to cast his Money In The Bank opportunity. Despite a raucous RKO by Randy Orton earlier in the evening, Rollins had the nerve to steal the show, taking advantage of maimed Lesnar and Reigns. Rollins eventually emerged victorious and stunned viewers.

The long awaited fight between Floyd Mayweather and Manny Pacquiao caused quite a lot of havoc, especially at McCarran airport, Las Vegas, when people could not find spots to park their multimillion dollar jets. Perhaps not, but a new 4.4 million PPV record of US buys previewed the fight as the best sports moment of the year. The copiously adverted fight, unlike its expectations, was an utter disappoint, completely lack luster and boring as witnessed by audiences from around the world. Mayweather, however, won 49-0 at MGM Grand Arena, earning a staggering $300 million.

The global governing body of football, FIFA, is tainted by the conviction of officials and associates in corruption cases as disclosed by US federal prosecutors. This year, FIFA officials were accused of money laundering, illegal television rights and payments. Current President Sepp Blatter resigned amid the calamity, nonetheless, remains in charge until February; while top corporate sponsors call for his resignation. The demands of Visa, Coca-Cola, McDonald’s and Anheuser-Busch InBev were rejected. During a FIFA press conference, Blatter’s image took another blow when comedian Simon Brodkin showered him with fake dollar bills to model him a corporate felon. 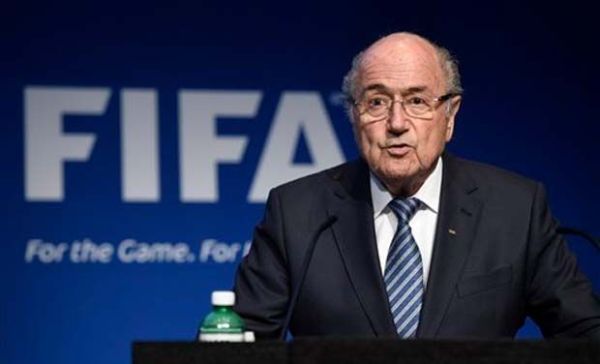 FC Barcelona’s abounding number of titles and honours claimed another treble as the Catalans beat Juventus 3-1 in the UEFA Champions League final at Olympic Stadium, Berlin on June 6th. Neymar Jr and Luis Suárez bagged their first European feat; whereas defeated Athletic Bilbao in the Copa Del Rey final on May 30th. Domestically, Barcelona astounded the tenacity of arch-rivals Real Madrid after winning the Spanish Primera Division by only two points. 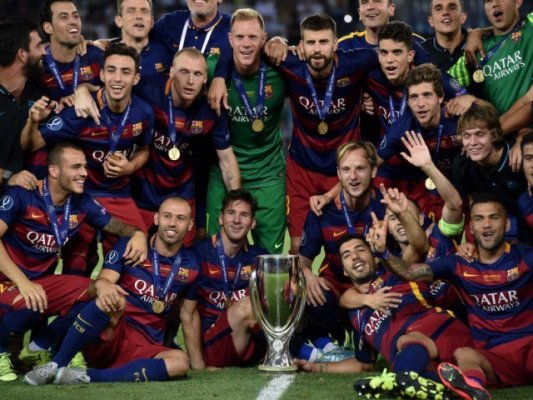 The riveting rivalry in a stunning French Open final saw the world’s number one seeing-off his 28th winning streak at the hands of Swiss, Stanislas Wawrinka. The Stade Roland Garros rose in intrigue and grunting moments as Wawrinka wore down Novak Djokovic 4-6, 6-4, 6-3 and 6-4 to win his second Grand Slam title. Djokovic emerged stunned in defeat and will have to wait another 12 months in hope to become the eighth man to accumulate the set of all major titles.

10) Sad departures of players and managers in football

Novak Djokovic was reborn in the his prime career when he broke the tenacity of Roger Federer amid dry and rain-threatened match conditions in the finals of the world famous Wimbledon. The compelling theatre between two fan-favourites lasted five minutes short of three hours, where Djokovic won 7-6, 6-7, 6-4, and 6-3. Tennis’ grandest stage featured two antagonists performing plenty in the most intriguing closing moments of the game.

A moment of blinding light in Beijing featured Usain Bolt notching victory against rival Justin Gatlin in the World Athletics Championship 2015. Cometh the moment, cometh Usain Bolt, putting behind notorious Gatlin by the narrowest of margins in a massively thrilling 100m sprint race. Bolt emerged as the world’s fastest and continues to outshine on massive platforms. 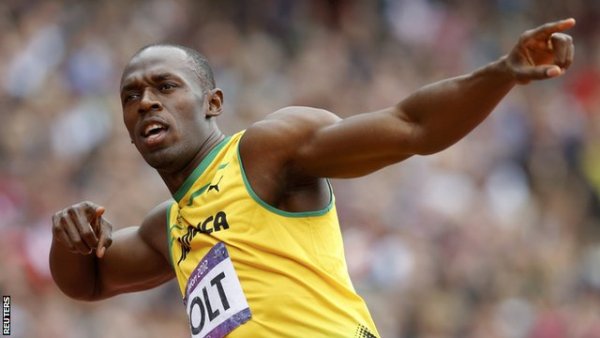 Momentous speculations surrounded Manchester United and Spain goalkeeper David De Gea, linking a transfer to Real Madrid. The moment could have finally come alive if only documents and paperwork were processed at the Santiago Bernabéu before midnight when the transfer window still remained open. Consequently, De Gea’s transfer’s failure up-roared all over media, and the Spaniard eventually came to signing a new four-year contract with United. United chief executive, Ed Woodward, and Madrid club President, Florentino Perez, released statements, blaming either side for the failure of De Gea’s transfer. 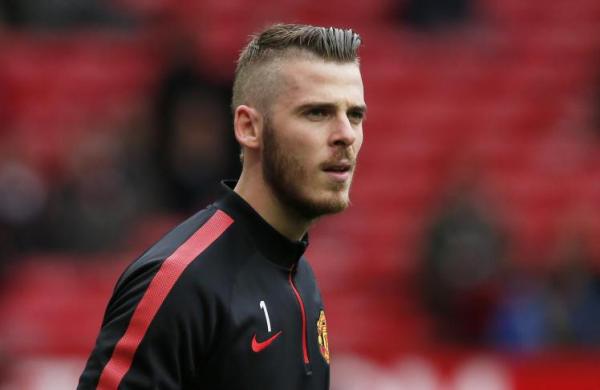 England international and Captain, Wayne Rooney, fired home from a spotkick in UEFA Euro’16 qualifiers versus Switzerland on September 8th, surpassing Sir Bobby Chartlon’s record as National top-scorer with his 50th. Rooney remains top-scorer with 51 goals in 109 appearances for England.

After the departure of prolific strikers Robin van Persie, Javier Hernández and, loaned-young talent, James Wilson from the Manchester United dressing room, the club was in search of a striker. Ensuing summer spendings, the club landed 19-year-old French, Anthony Martial in a lucrative sum of £36 million from AS Monaco. Critiques ushered and momentous fan reaction doubted the credibility of the club management in signing of Martial, until coming on in his debut at the 70th minute, against rivals Liverpool, Martial dribbled past three players and netted home. The scoring moment and following upheaval by United supporters at Old Trafford remains a memory like none other.

The National cricketer took the limelight when he broke Javaid Miandad’s 22-year-old national record – a tally of 8832 runs in Test cricket. The emphatic feat came off as a relieving pleasure for Younus, who has accumulated replete records in his career, and once again, took the stage to outshine. Fans have found Younus’ record a delight amid chronological ups-and-downs of Pakistani cricket in 2015. 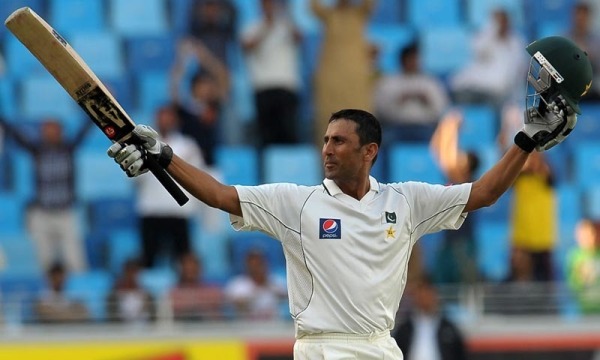 Lewis Hamilton continues to make history by winning the Drivers’ Championship again in 2015, his fourth in his career with Mercedes AMG Petronas. Sitting on top of the F1 point table with 381 points, Hamilton earns the title of being the most successful of his era. While many notable F1 figures put him second to legend Michael Schumacher, it is still a wonder how big his career is going to emerge ahead. 2015 crowned Hamilton the Champion, thanks to his victories as number one in 10 difference races. 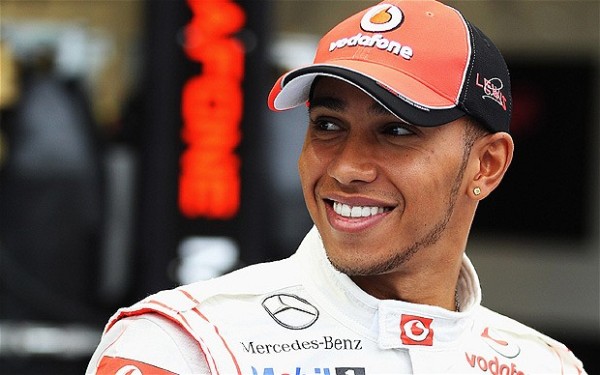 A dominant era prevails for New Zealand when they capped their tenacity against Australia in the Rugby World Cup final. The All Blacks won 34-17, sealed an unprecedented third global title. It was a major haul by Dan Carter who driven his national side by a goal, another right-footed effort and penalty from halfway in the closing 10 minutes at Twickenham, London.

The two fighters sat at opposite extremes: limelight and obscurity; but as it happened, Holly Holm stormed world headlines, defeating women’s bantamweight champion, Ronda Rousey, in a record attendance during the main event of UFC 13 on November 14th. Holm, regardless of being the underdog defeated Rousey giving the world a good hard jolt.

November’s Survivor Series, PPV, staged Undertaker’s 25 years in WWE, underlining the thrilling moments of his career and how it all shaped up to form today’s legacy. The wrestling legend served entertaining fans profoundly with his unique style of entrances and persona throughout his career. Although, his undefeated streak in Wrestlemania was broken by Brock Lesnar, Taker is one of the most decorated WWE superstars to ever walk the show. 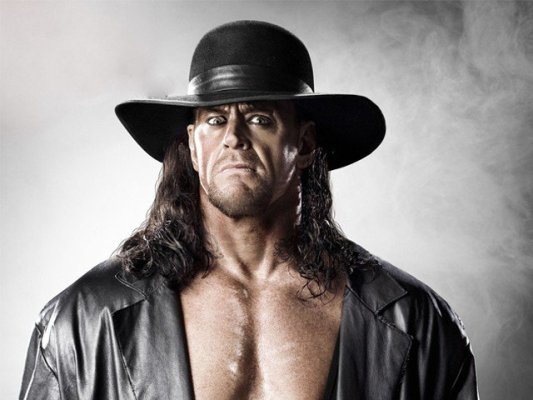 21) Kobe Bryant announces retirement
One of the most decorated careers in the National Basketball Association (NBA) history will come to an end as Kobe Bryant, bids farewell to the Lakers in his 20th NBA season. A magnificent career, named to 17 All-Star teams, holds five NBA titles and two Olympic gold medals. He ranks third on the NBA’s career top scorers list. Bryant’s legacy shall be remembered by every NBA fan. 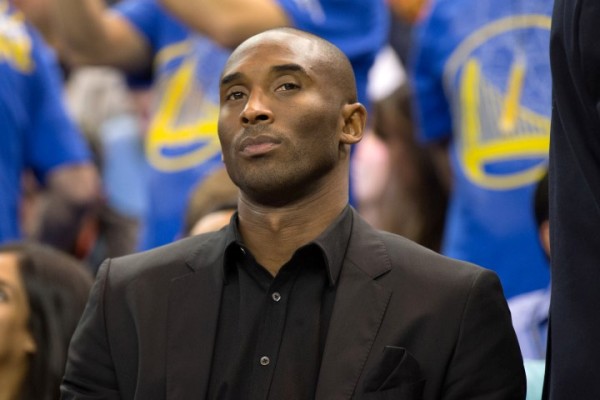 23) The surreal rise of Conor McGregor

On December 12th, all audacious assertions about Conor McGregor’s accomplishments were proven after he defeated Aldo by knockout in UFC 194. With precision, timing and the gifted 13 seconds the fight lasted, McGregor’s haul broke Aldo’s power, earning him the title of the fastest fight in any UFC title. He now faces similar countenance in future challenges of his career.

Ex-manager José Mourinho bagged his fourth league title with Chelsea. Many eminent figures shined throughout the season, and hence, played a vital role in the West London side’s victory. However, the reigning champions are edging towards relegation in the year to come. Chelsea’s nosedive turned away supporters and hence chairman, Roman Abramovich, pursued Mourinho’s resignation with immediate effect. The Portugese is the seventh Chelsea manager to get sacked under Abramovich.