Shahrukh Khan and Kajol fail to deliver their magic in “Dilwale” 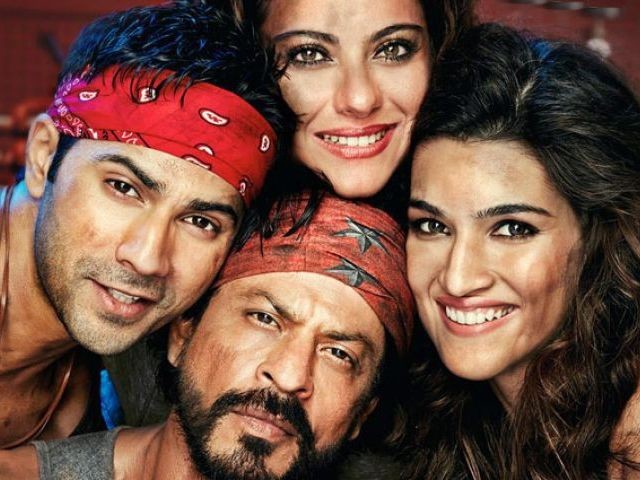 One particular factor that doesn’t sit well with the audience is the overacting that the actors have indulged in.

Rohit Shetty is known for his star studded cast, comedy capers which are stuffed with silly jokes, senseless scripts, unbelievable coincidences and over-the-top blasts that fling vehicles in the air. Whenever Shahrukh Khan and Kajol have appeared together on screen, the audience has burst with love. The new box office records are a testament to that.

The duo’s popularity is reminiscent to that of Amitabh Bachan and Rekha. No other on-screen couples  have been adored by fans as strongly as these two.

The young and multi-talented heartthrob Varun Dhawan is considered the next big “entertainer” in B-town. Now that I’ve given you the facts, can you imagine what the end product would be when these elements are put together?

Let me break it down for you.

“Dilwale” (as the name suggests) is all about love and people with huge hearts. The movie revolves around the life of Raj (Shahrukh Khan), a motor mechanic, and his life revolves around his younger brother Veer (Varun Dhawan). Veer falls in love with Ishita (Kriti Sanon), who is younger sister of Meera (Kajol). Meera and Raj, in the past, had some conflicts, and the movie is about the events that unfold when all these characters meet.

Rohit Shetty’s “Dilwale” is an adaption of 1991’s blockbuster “Hum” (Amitabh Bachan, Rajnikanth and Govinda). Kali from “Dilwale” and Tiger from “Hum” have similarities in characterisation. The movie is a visual delight, with bright fluorescent colours in every frame, witty dialogue and silly humour. One particular factor that doesn’t sit well with the audience is the overacting that the actors have indulged in. The comic scenes are loud and the emotional scenes are too intense.

Anyone watching the movie would think: This does not happen in real life.

Now let’s talk about the performances of Shahruh Khan and Kajol. That’s what everyone is eager to see.

Shahrukh Khan’s performance was mediocre. In many scenes his“Kal Ho Na Ho” type acting was unnecessary. It was like he was trying to add another layer of depth to a movie that was only meant to make people laugh. Moreover, if this movie was to serve as a comeback for Kajol, it has not done her any favours. She should have picked another movie, with a better role. Meera’s character is half-heartedly conceived from characters from “Kabhi Khushi Kabhi Ghum” and “Kuch Kuch Hota Hai”. The real charmers in the film are Varun Dhawan and Kriti Sanon. Dhavan’s comic timings, action scenes and dance moves are laudable. The part where he describes modern day romance is particularly riveting. In addition to him, Sanon has a strong screen presence and has a knack for captivating the audience.

The highlight of the film, however, is Johnny Lever. Lever is today’s Mehmood; the only comedian who can comically compete with the main leads of the movie.

Furthermore, Mukesh Tiwari’s performance stood out well.  His narration of the flashback of Ram Laal and Pogo is flawless. The extended cameos of Vinod Khanna, Kabir Bedi, Boman Irani and Sanjay Mishra, however, did not leave much of an impact. On the whole, “Dilwale” is entertaining for families. The jokes are not ratchet or cringe-worthy. This is movie that can be watched with family, for sure.

I would rate it three out of five.