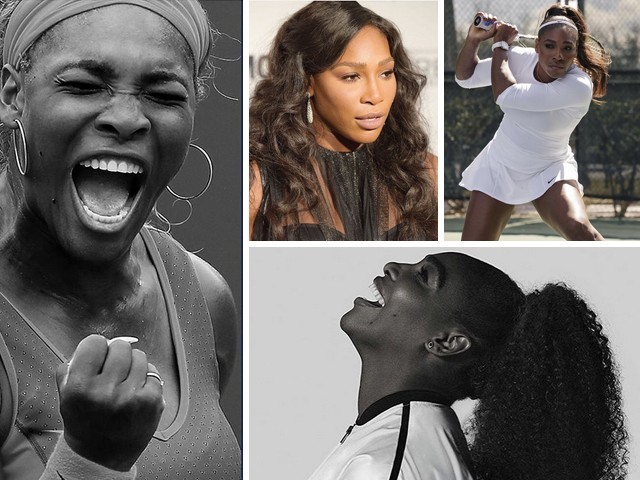 Serena Williams is reigning the world on number one with 21 Grand Slam titles to her name. She is considered one of the greatest tennis players and athletes of all time. Every success she achieved was tainted by the colour of her skin. Her fierceness is mostly ridiculed and belittled as ‘manly’. After seeing her formidable victories, many tennis fans have claimed that she belongs to men’s tennis. PHOTOS: INSTAGRAM

Whenever I ask my daughter who is her favourite tennis player, she would always say Maria Sharapova , Caroline Wozianski or some other blonde, beautiful and above all, white player. Whenever she is playing a game on her tablet, she would always choose a frail blonde avatar. And whenever her brother would tease her saying she looks dark, it would be taken as the ultimate sting.

She has never chosen a dark-skinned doll or one with a sturdy body. It makes me wonder about the factors affecting her choices and her perception of beauty. Perhaps, the fault lies with the media, the society or us, the family. We often call her Snow White due to her fair complexion, which perhaps further disrupts her idea of beauty.

It is pertinent to create better beauty standards and diverse role models for our children.  That’s what Sports Illustrated did this year by making Serena Williams their ‘Sportsperson of the Year’. As BBC states,

“It is the first time an individual woman has been given the title since Mary Decker in 1983. Since its creation in 1954, Williams is the third woman to win it alone, and the only black woman to gain the title.” Williams is the reigning number one female tennis player with 21 Grand Slam titles to her name.  She is considered as one of the greatest tennis players and athletes of all time. But every success she achieved was tainted by the colour of her skin. Her fierceness is mostly ridiculed and belittled as ‘manly’.  After seeing her formidable victories, many tennis fans have claimed that she belongs to men’s tennis.

Wilson Tennis has been there with me every step of the way. Even before I got there. https://www.facebook.com/WilsonTennis/posts/10152948534198657:0 Thanks! Love Wilson tennis #Wilson #winner #Williams #20 #andcounting

Apart from her skin colour, Williams baffles us with another dilemma – her physical strength and power. We have been psyched into believing that ‘strong’ and ‘muscular’ cannot be feminine and beautiful. Williams, however, challenged such stereotypes in her career by celebrating her unique beauty and strength. Her muscular physique is changing beauty standards globally. Her latest Sports Illustrated cover rejoices her beauty, femininity and achievements in the most befitting way. Serena has managed to mellow down those hard-line perceptions and personifies the finest and healthiest slogan – ‘strong is beautiful’.

Give them chills. #onamission with @missionathlete

The 34-year-old American athlete is resilient and has always refused to accept and bow down to racism and discrimination. For 14 years, she boycotted Indian Wells for racial jeering she and her family faced. Williams only returned when the fans had learnt the lesson.

The speech she gave after winning the honour was highly relevant to the modern perception of feminine beauty standards.:

Her ideas were echoed by Mexican-Kenyan actress, Lupita Nyong’O while accepting an Oscar as she shared the same fears and restrictive ideas of beauty as she grew up. These beautiful and brave ladies are inspiring millions to be comfortable in their own skin.

SerenaWilliams is the role model I want for my daughter and every girl in this world. No matter how different you are from the preconceived notions of society, don’t ever let them slow you down. Kudos to you, Serena Williams, we need more role models like you!