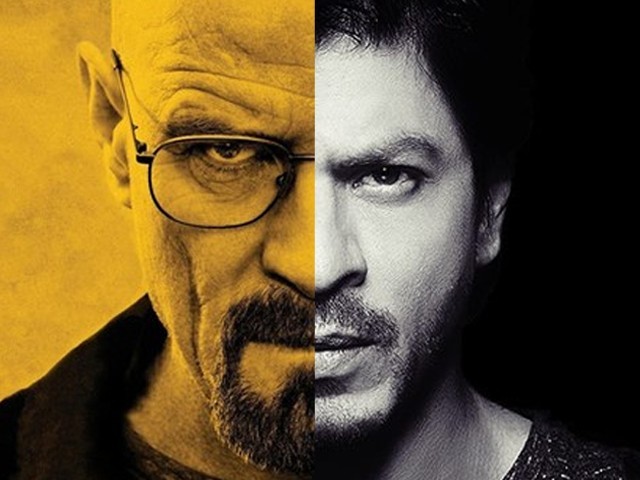 Out of all that Hollywood has to offer, why do you need to destroy this amazing show?

Recently, I came across news that you plan on re-making Breaking Bad. Into… a Bollywood movie. At that very moment, I felt like someone had reached down my throat, grabbed my intestine and twisted it.

If my above statement didn’t give it away, I am a diehard fan of AMC’s hit show Breaking Bad. For me, it is the most epic show in the history of television. There’s something very addictive about it; it leaves you begging for more. Surprisingly, the show’s plot is very simple, where the characters hatch completely unanticipated schemes episode after episode.

The show is full of ingenious ideas and situations. Its characteristics have made this show one of its kind. The plot twists, cliff hangers and its signature art of storytelling forced viewers to tune in for more. I made up an excuse to avoid a social gathering so I could watch its first episode at home. I ended up binge-watching the show till 3 am with blood shot eyes.

I keep trying to comprehend how I feel about the show’s ending. It feels like losing a friend or having your pet die on you. I still have strong imprints of it engraved in my brain. Whenever I walk by a covered house, I instantly conclude that it’s a meth lab and my husband plays along (he, too, is a fan).

This is why I feel like Bollywood should stay far away from it. Out of all that Hollywood has to offer, why do you need to destroy this amazing show?

Bollywood has already tarnished many of my favourite films.

“Léon: The Professional” to “Bichhoo”.

“While You Were Sleeping” to “Har Dil Jo Pyar Karega”.

All the Hollywood plot outlines they copied had a rating greater than six points while the remakes barely made it to more than four points.

The idea that Heisenberg could be saying “naam to suna hoga” (“You must’ve heard my name”) makes me cringe. I feel sorry for Vince Gilligan who will have to suffer through the trauma of seeing the Bollywood version of his awe-inspiring show.

Breaking Bad gained its popularity due to its lead character, “Walter White”. He was a very interesting, yet complicated character. Vince Gilligan sat through major brainstorming sessions to bring out the Heisenberg in a simple chemistry teacher.

Most of us believe that good and evil belong to different sets of people but Walter White showed us that it doesn’t work that way. He never failed to deliver sensitive yet vital lessons about knowledge, the human ego and embracing change in different phases of life. The fact of the matter is that the Indian cinema has not really grappled with the complexities of morality. Every Indian movie has a hero who is pure, represents everything that is good in the world, and a villain; someone who represents all the evils.

Walter White, although was dealing in meth, was the show’s hero – not the villain.

Indian audiences would have difficulty understanding and appropriating such a character; which is why you have said that you will create a diluted version of the show.

Consider this for a moment: What was the show without the moral dilemmas that surrounded Walter White’s actions?

Without that scintillating edge, the show was about a guy dying of cancer trying to help his family out. The reason that the series was able to secure such fandom was because we were drawn to the immorality of the moral family man.

Yes, you might just ask me to not watch the Bollywood version if it pains me that much. But just the knowledge that the legacy of the show has been tarnished with item songs and shady dialogue would be enough to send me over the edge.

Bollywood is terribly formulaic. I admit that it works for some films, but if Breaking Bad is run through the mill, whatever churns out will not be the brilliance we have experienced for five terrific seasons.

So hear me out, please.

Remember the last time you tried to do something different?

Yeah. “Ra-One” happened. We all regret that now, don’t we?

Karachi Board of Education: What happened to the sanctity of honest earnings?