Is it game over for Imran Khan and PTI? 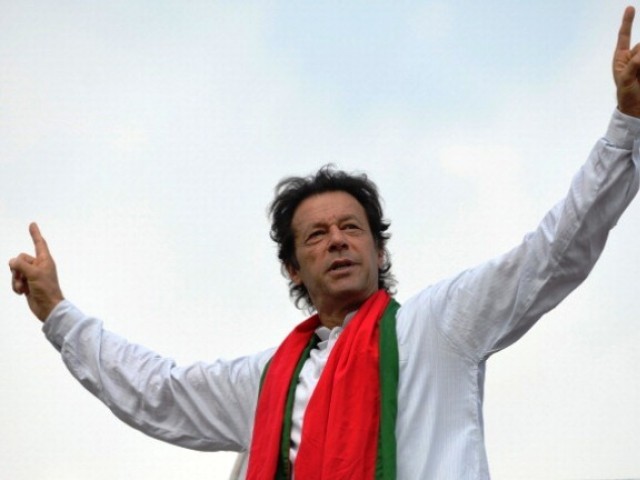 PTI was able to enter the political arena in huge number in 2013 because a vacuum was created in the system through the failure of PPP and PML-N. PHOTO: IBTIMES.CO.UK

Remember when Pakistan Tehreek-e-Insaf (PTI) emerged as a popular party in the country ahead of the 2013 general elections? Everybody was swept away by Imran Khan’s tsunami rhetoric and we all thought we had found Pakistan’s saviour.

It received an overwhelming response from its supporters in various consistencies, which made it the second largest party after Muttahida Qaumi Movement (MQM).

The urban middle-class was thrilled. They all swayed to the chants of ‘real change’ and ‘naya Pakistan’. They were spellbound and euphoric. They thought they were part of a historic movement that would end corruption, nepotism and injustice in Pakistan.

The idea that they might have been wrong, and their hopes and dreams were a little misplaced, is seeping into their conscience, and the effects of Imran Khan’s magic potion is wearing off.

Nobody is enchanted anymore.

And those unfortunate few who still are holding on to such expectations will have reality knock on their doors after reading this article.

I am not speaking out against the PTI. I am merely stating facts.

So here we go.

Well, first of all, the results of the recently held local body elections in different cities, including Karachi, clearly show that the political party is promptly losing its support.

Although it formed a government in Khyber-Pakhtunkhwa (K-P) after winning majority of the seats, its vote bank was recorded as insignificant in big cities, particularly in Karachi, where it only won one seat; NA 250.

While PTI performed poorly in the recent local bodies’ elections nationwide, I want to focus on the their failure in Karachi’s local bodies elections where they secured only seven seats, and also lost seats in those areas where they were considered to have a strong support base.

Imran Khan repeated the same mistake prior to the local government (LG) elections when he came to Karachi for less than 24 hours, addressed a few corner meetings and rushed back to Lahore. Imran Khan should realise that workers and office bearers of PTI are an anonymous commodity for masses, as people only vote for Imran Khan. If he ignores Sindh, and more precisely Karachi, he will ultimately lose a major share of his support. Khan only focuses on Punjab and his party members fail to mobilise their campaign in other parts of the country.

The second spell of disenchantment was cast when PTI decided to form an alliance with Jamaat-e-Islami (JI) for the LG elections. That , of course backfired on them due to the conflict in ideologies. The difference between the principles of both parties led to discord amongst the supporters of different classes who could not see eye to eye.

PTI formed this alliance with JI after a few television anchors came up with the analysis that it would be a beneficial coalition for the elections in NA-246. These analysts believed that a combined PTI-JI support base could prove to be a tough opposition against MQM. However, PTI entered into the relationship without realising the fact that the JI’s vote bank in Karachi had eroded a long time ago.

I hope Imran Khan realises that it is important to make decisions based on ground realities and not on the comments of TV anchors.

The third wrong move was to accept ‘status quo’ politicians in the party due to the media’s demands, even though the personalities of those politicians clash with the basic ideology of PTI. PTI’s poor performance in the 2013 general elections should be attributed to the electable heavyweights, as many of them lost, whereas, first time candidates won.

For future elections, PTI should oust those ‘electable’ personalities and form a new visionary team to revive the political party.

The fourth and final nail in the coffin was the fact that PTI did not devise any mechanism to bring out its voters on the day of the elections. If PTI wanted to survive in Karachi and strengthen its presence it should have carried out a complete overhaul in the party structure. It should have appointed dedicated workers who could establish relationships with the masses.

Many in Karachi believe that,

“In PTI everyone is an official and no one is a worker.”

PTI should realise that they cannot compete with MQM in this city without trained workers who stir up support at the grass roots.

In my view, PTI’s time is running out, not only in Karachi, but in the entire nation.

Imran Khan’s obsession with electoral rigging has consumed him. As a result, other, more pressing issues, are being neglected.

I personally believe that Imran Khan should now close the chapter of rigging in the 2013 elections and start looking towards the future.

PTI was able to enter the political arena in huge number in 2013 because a vacuum was created in the system through the failure of PPP and PML-N.

Now if PTI fails to perform up to people’s expectations a new vacuum in the political system will be created. I wonder who will have us swaying to the rhythms of ‘real change’, hope and patriotism next.