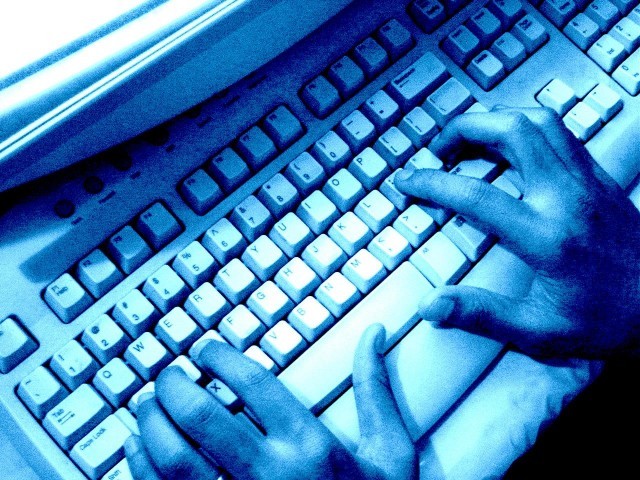 Our blogosphere needs to adopt the ethics of dissident discourse.

It started when the former criticised Pakistan People’s Party (PPP) over its handling of the disciplinary violation of party regulations by Sherry Rehman. LUBP accused PTH authors of wrongly exaggerating the facts and giving PPP a bad name without a valid reason. Hot words were exchanged and name-calling was indulged in from both sides, making it quite a spectacle for the readers. Eventually, after a number of fierce posts, from both ends, the matter came to end with apologies.

My point in mentioning this example is merely that perhaps those who proclaim to promote the very spirit of objective discourse need to adopt the etiquette of such a discourse themselves. There are a number of Pakistani blogs with authors of known repute, producing a bulk of liberal literature which intends to bring to the fore the dissident voices of educated Pakistanis – voices that choose to challenge things as they are and come up with a more rational analysis of the issues. However, it seems that in doing so, and in this race of traffic generation and getting more hits, something has been lost somewhere – something vitally important.

The death of objectivity

That something would be ‘open-mindedness.’ Every other writer with a few claims to fame sounds as hard-liner as a right-wring fundamentalist. It is said that the perception that one’s opinion is final and absolute is the death of objectivity. This quite aptly applies in this case. Of the ‘liberalist faction’, if I may term it so, there are those who have decided to tread a certain path, stick to a definite stance and refused to be swayed from it – come what may.

Supporters of democracy won’t hear anything against the democratic setup, even at the cost of democratic principles themselves. Critics of democratic regime would dump every single fault upon democracy, not realising the harm they do to civil rule in doing so. Opponents of religion expend all their energies in concluding that religion is the ultimate evil. Followers of West find a rather positive edge to everything wrong done by the West. It’s like a congregation of fundamentalist scholars of whom none is ready to believe for a single moment that he or she may be wrong. And this naturally leads to vociferous confrontations every now and then.

This has drastically damaged the growth and dynamics of the Pakistani blogosphere. Every famous blog is known for holding a certain mindset which is manifest in every single piece posted on it. And the blog then goes on to any length to promote that mindset. The above-mentioned example is just one such case. It then leads to so-called ‘ideological confrontations’, name-calling and sometimes, defamatory campaigns launched solely to smear each other’s reputation.

From a business point of view, this may sound a plausible course to win an army of loyal followers. Sticking to a certain view-point coins your brand name in the world of blogs which then becomes your identity. The more you re-iterate and follow it, the more ardent are your followers and you begin to earn a name for that certain outlook. But then again, blog activism, in definition, is premised primarily upon honest and independent opinion much more so than anything else.

Is it not time for those at the helm of Pakistan’s blogosphere to realise this vital defect in all their endeavours? Why has it become such a big deal to admit to one’s mistakes?  Why can differences not be accepted even by those who claim to be the ‘enlightened’ lot? Views can be communicated and discussed in a far better manner if a culture exists where difference of opinion is accepted and not resented. Why not agree to disagree and in some cases, even to concede if the other person is more logically sound?

The PTH/ LUBP affair is a reminder for all of us – readers and authors alike who are somehow related to Pakistan’s internet literati – that it is about time for us to decide the dynamics of dissident discourse. Blogs are not a professional rendering of viewpoints and are rather, an informal way of reaching out to an audience. We should avoid professional rancour in the blogosphere each time differences of opinion come up as such an attitude only curtails the immense possibilities that blog activism holds. Rather, such disagreements should only lead us towards improved debate and more qualified research and discussion on issues.